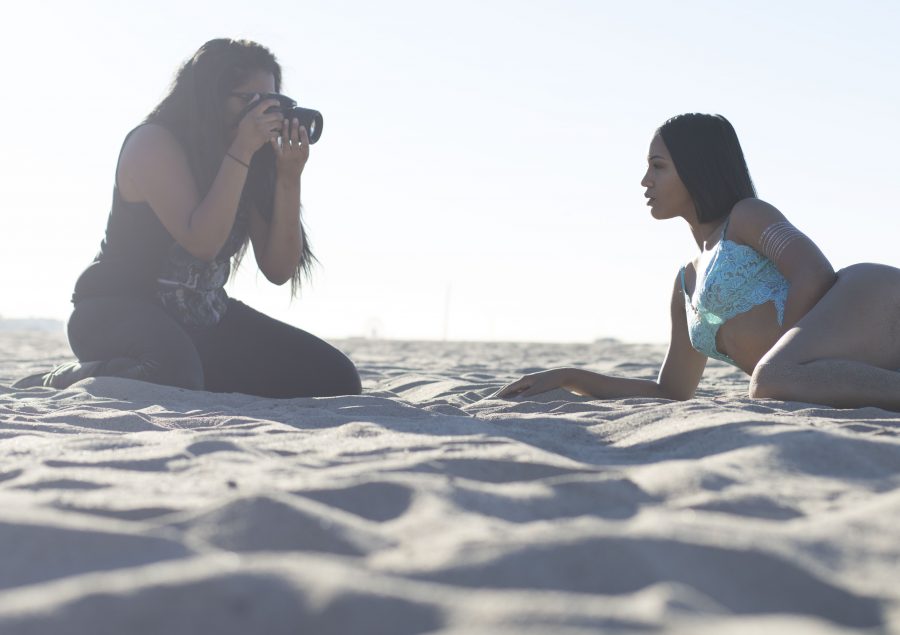 As Brianna Lynn opens the door to the roof, she is immersed with a cool breeze and the sun beaming on her. The feeling of fear then took over her stomach. She recollects herself and remembers what she was there for. Her partner in crime, Emily Klump walking out just steps behind her, takes in the scenery with Brianna from above Los Angeles.

With the skyline in the distance looking like they are in the middle of a snow globe, Brianna scans the city to find the perfect background for her photo.

As Tamara Fruits, the model, swiftly walks over to her, she is shocked when Brianna tells her she wants to go farther up the building.

Tamara, wearing only black spandex as shorts, makes it on top of the second platform, eight stories high with Brianna coming close after her. As Brianna’s heart beats out of her chest, Emilee holds onto the side of Brianna’s torso and head to make sure she won’t fall or shake in order to get the shot.

As the model moves her aquamarine hair out of her eyes, she lifts her arms behind her head, caressing the back of her neck and majestically sways out her left hip. Tamara closes her eyes to hear a satisfying click of the camera over the traffic below.

The aesthetic vibe within the team created the photo Brianna captured with chills running down her spine.

“I wanted to get the shot, I had to get it,” Brianna begins to explain, “and if I die getting this shot, it’s going to look absolutely amazing.”

“She definitely like’s to take risks and pushes the envelope, and I love that,” former model, Tamara says.

Brianna Lynn is currently enrolled at El Camino with journalism as her major. She wants to minor in photo to become a photojournalist.

“I hope to become a freelancer and do it all. Any possibility that pops up,” Brianna says.

Brianna, 23, happens to be the wild child in her group of friends that graduated from South High School in Torrance, California in the fall of 2010.

Right now she is focusing on her education and building a portfolio for her future in the business. With over 11,200 followers, about 280 posts, and 100 shoutouts from endorsers, models, and companies on social media, Your Little Wild Child was a dream that became a reality.

Adding an edgy and sassy look in her photos is Brianna’s forte when it comes to Your Little Wild Child. Many models have come to her with complete trust that she can turn their innocent persona into a wild fox on the other side of the camera.

Among the many photos on Your Little Wild Child’s Instagram, there is the wide variety of exotic sensual pictures, edgy street models and pictures of products that companies send her to photograph. The photos would catch second glances from companies because of the bold colors and mysterious shading used. The shading in most of the photos is positioned to create an interesting edge that forces a client or spectator to click on the picture. 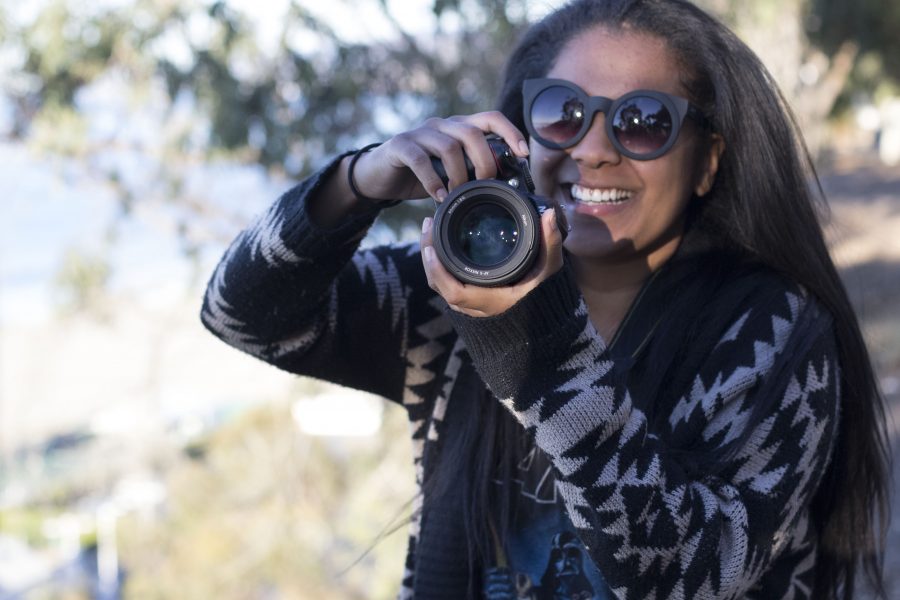 “I like to shoot raw, I don’t like to photoshop or morph my models into something that they aren’t. I don’t promote that,” Brianna says.

Emiee Klump is the makeup artist of “Team Flawless” with the assistant makeup artist, Alexa Kirstie. Hair stylist Brandy Marlin is in direct control of the hairstyling, along with the assistant hair stylist Melissa Melanie. To bring the whole team together, Brianna’s public relations agent is her right hand man for anything and everything regarding Your Little Wild Child.

“I want to travel and work with everyone I have always wanted to work with,” said Brianna, “New York is where i want to follow my career. The style and vibes breathe me.”