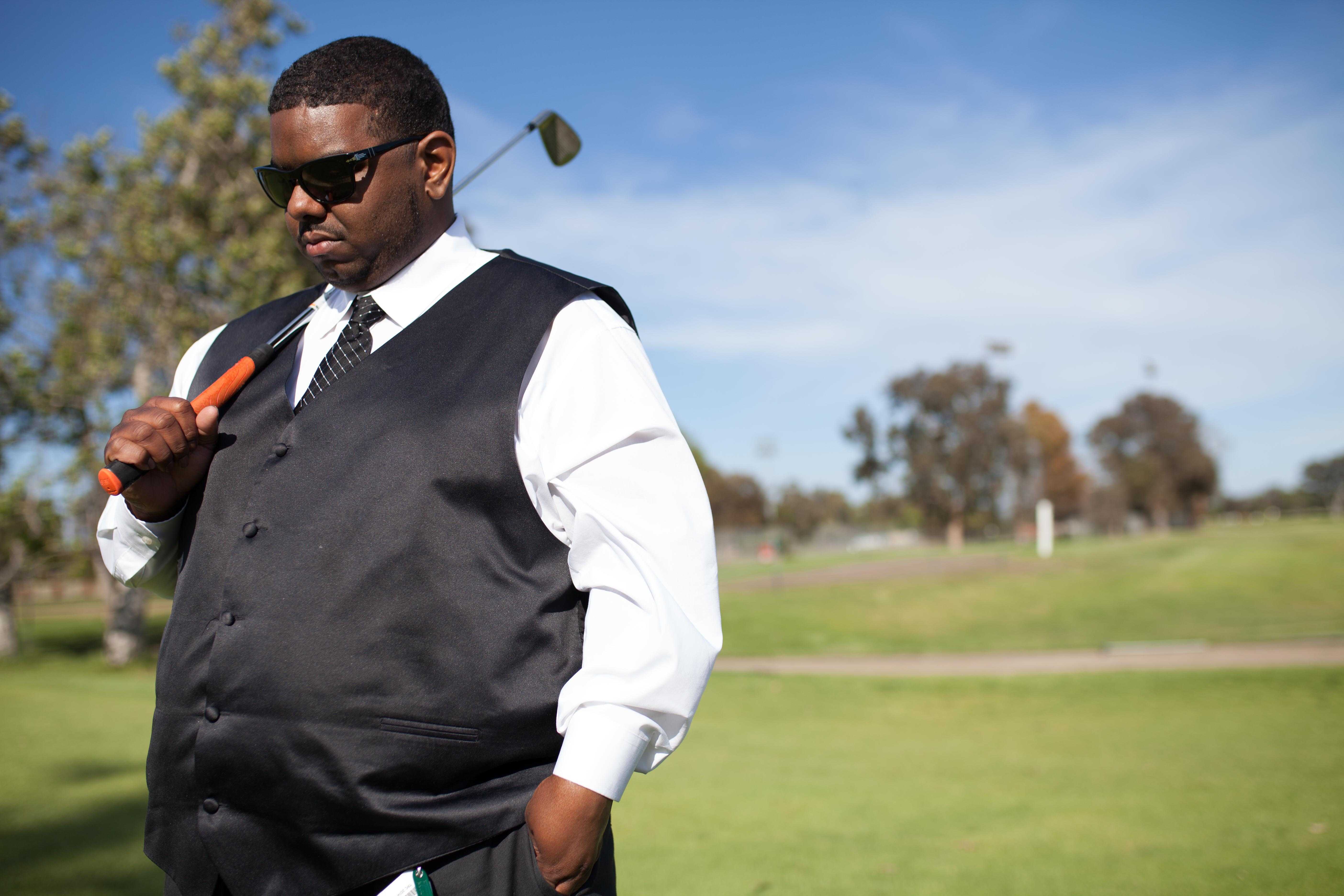 The fumes of a green Toyota Avalon drives down the road.

“Fuckin’ bounce with me,” Terrance and Carey Durrell say, as they chant in sync to the song “Hoes In Here” by The Federation.

Blasting throughout the pale shaved leather interior and out the windows, they are oblivious to their surrounding, ” …then shake with me,” says The Federation.

A black sedan pulls up beside them.

Carey tilts his head to his left while Terrance is grabbing something in the backseat.

The driver is inaudible as Carey tries to understand what he is saying.

The windows from the back roll down, as two handguns propel out of the shadows.

“All my fat niggas earthquake with me,” says The Federation.

As the bullets penetrate the tension in the air, “Get down” Carey cries pulling Terrance under him.

He tries to shield his younger brother from the bullets scripting to his flesh.

It’s too late. Terrance is forever engulfed in darkness. 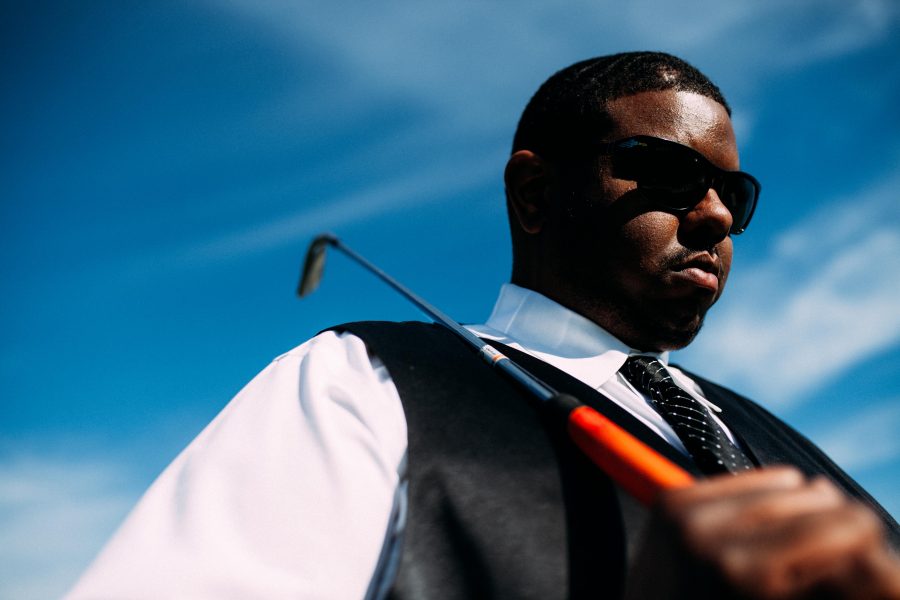 The hot sun bares down and sweat runs down the brow of Terrance as his fingers anxiously tap the side of his leg waiting for his coach/dad to set up the shot.

Standing at 5’11, a pear shaped body, weighs in at 290 lbs, Terrance Durrell, 26, is an El Camino student wearing black shades, with one arm longer than the other due to an abnormality during his birth.

Terrance was shot through his right eye and out of the left side of his head that left him blind.

As a result of the shooting he’s had to relearn his whole life.

All he sees is light and “fuzzy figures” every now and then. He hopes his vision will return one day. 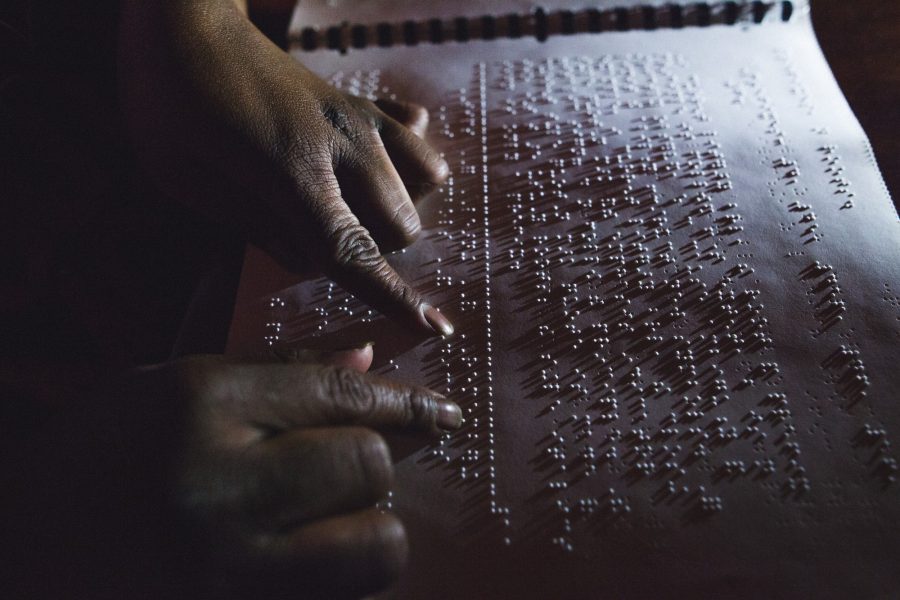 Relearning how to live his life, Terrance had to learn how to read Braille, cook his own dinner and play golf. “It was hard and frustrating at times but with the support of my family and god I knew I could do it,” says Terrance.

Terrance will be competing at the 2016 Special Olympics and one day aspires to be a Braille teacher at the Junior Blind of America; where he substitutes currently.

Terrance competed in the 2015 Summer Special Olympics (lowest divison since it was his first time) and placed in 4th place, but was the only blind player among nine other disabled players.

“Looks like sand wedge far,” Gary Durrell says, as he poses his son into position to take the shot. Golf uses quirky terms to determine the length of the hole in order to decide what club to use, hence “Sandwich far.”

As Terrance adjusts his position, he pulls his club, paralleling his back, rapidly swinging the club. Swoosh, hitting the ball.

“Oh nice shot, it landed on the green,” Gary says. 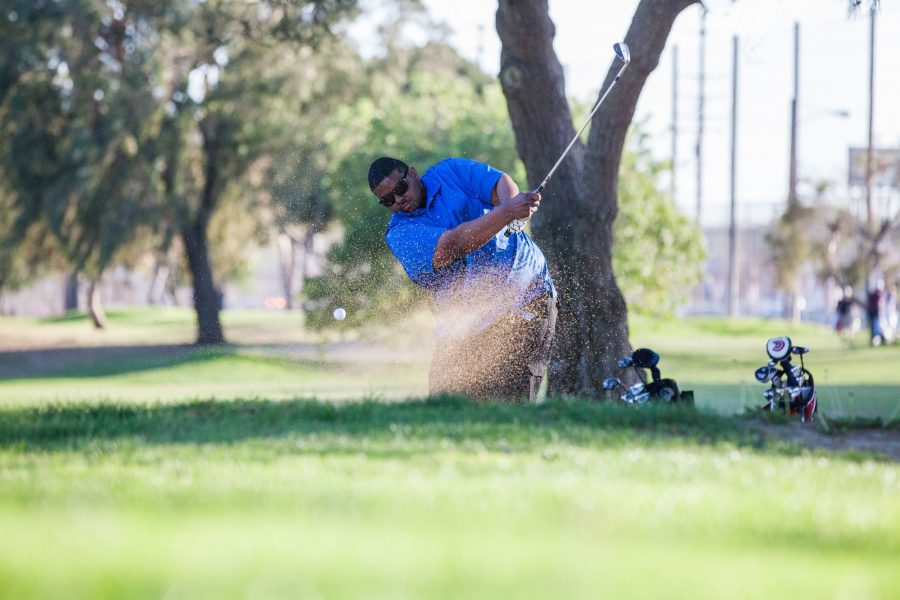 Terrance modestly says nothing and waits for his dad to help him walk over to the the ball.

Terrance started playing golf when he was 9; where golf tournaments offered scholarships for winners and runner-ups.

“It was so boring at first but then I started loving it when I got better,” says Terrance. “I definitely owe a lot to golf, cause i don’t know what i would be doing if it’s not this.”

Blind golfers are not qualified to play in the PGA but instead in special tournaments; where blind golfers need a coaches assistance during games.

“There are three categories in order qualify to play, one is legally blind, almost blind and completely blind,” says Dick Pomo, president of the Blind Golf of Association.

As Terrance and his father get closer to the ball, his older brother Carey Durell, 34, meets with them on the course.

“Whats up brother, how you feelin,” says Carey as he slaps Terrances hand and leans in to his face, cheek to cheek. “Whats up bro, Im good and you,” says Terrance.

“Daddy got a bad shot, but it was a good shot,” Carey says.

“What do you mean, that was a good shot,” says Gary as if he has never missed a beat playing golf along side with Terrance. 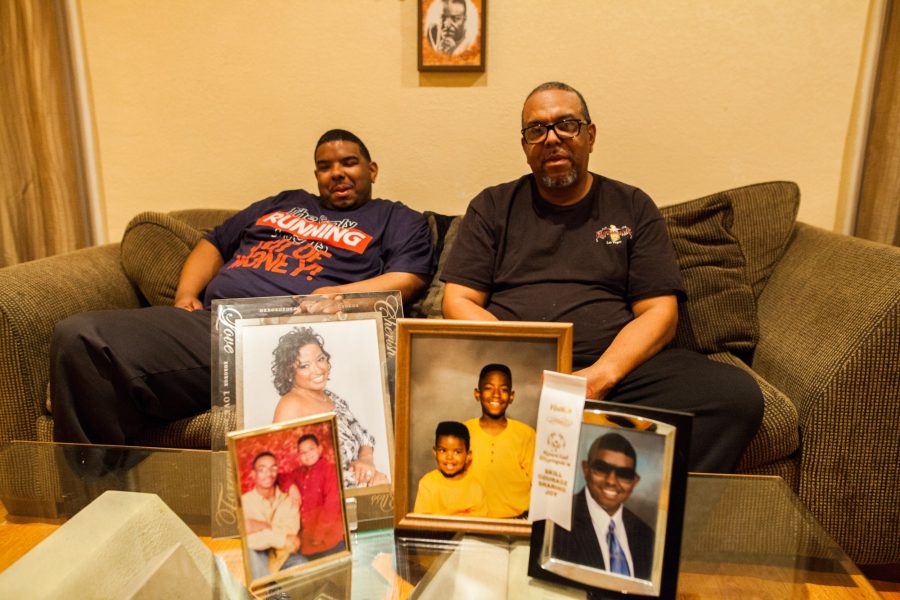 He reminisces with his father in the living room after coming back from Vegas where they spent the weekend together.

On the wall in black of them, three pictures are framed, on the right is a studio portrait of Terrance as a child and on the left is a portrait of Carey.

The top photo is an enlarged photo of Gary and his wife, who passed away of Lupis.

Terrance has been through his ups and downs but through trials and tribulations always found a way to overcome his battles. 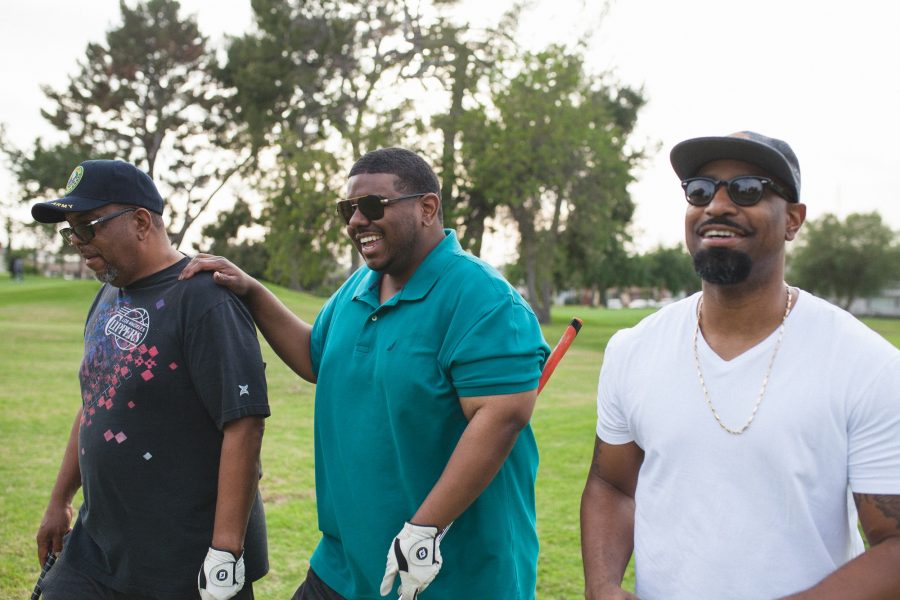