The trauma of an accident 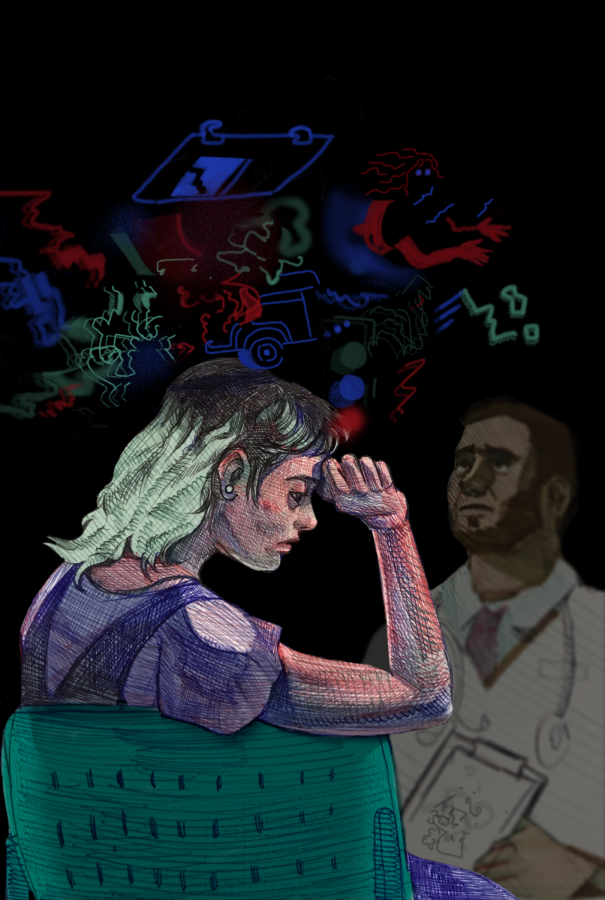 I pushed back the airbag and tried to gather my thoughts. It seemed that the shock must have already set in.

The woman whose car we had hit was asking this time. It appeared that it was redundant though, as she answered it herself when she saw me.

I picked up the sun visor that had been torn off by the airbag to take a look at my reflection. It revealed my busted lip and my right eye that was swelling at a somewhat alarming rate. There were bloody scratches along my neck, chest and collarbones, and bruises slowly but surely starting to appear. It hurt.

And it didn’t end there. The aftermath of the accident still lives with me, more than a year later. It’s snuck into every corner of my life. As if the fear of getting into a car and onto the road wasn’t already enough.

It started with tears. I’m sure there were times when the tissues I was now so used to taking around with me weren’t enough to get rid of them after a car ride.

Then the shaking hands. Looking down and seeing that they hadn’t stopped since stepping out of the car, and wishing that they would while walking to class.

My voice didn’t seem as sure anymore either, though it’s not like it had ever been so sure to begin with.

The most mundane tasks started to take everything out of me. Even in an unconscious state, there were the nightmares that haunted me and made me relive that moment that I so wished would leave me alone.

Waking in a cold sweat and realizing that conscious or unconscious,

I couldn’t escape it.

I had no control and I hated that.

This life that I had now was something that I didn’t even want to be bothered with anymore. It honestly didn’t feel worth it if it had to be lived like this, full of fear. Getting others to understand that only made it harder for me.

How can you get someone to understand what’s wrong with you when you don’t know what it is yourself? When all you want to do is to forget and yet, somehow, that’s what you haven’t learned how to do.

The same month of the accident, my primary care doctor had told me that I might have PTSD. He had told me to look into therapy.

Car accidents are the leading cause of death in the U.S for those aged 1-54, according to The Association for Safe International Road Travel, and I had survived.

There was a guilt that engulfed me and made me feel like getting help would be so weak of me, that somehow, I wasn’t worthy and what had happened wasn’t serious enough. This wasn’t and still isn’t true, but all this time it seemed to be to me.

I wanted to somehow will myself out of that trauma. Like that would even work. Still, I was so set on ignoring the truth then.

“It’s going to get worse before it gets better.”

The doctor attending me at the hospital after the accident told me this. I guess I’m still waiting for it to get better. But I have realized that it won’t if I don’t allow it too.

It’s time to allow it.

EDITOR’S NOTE: THIS STORY WAS UPDATED JUNE 8 TO CHANGE THE HEADLINE