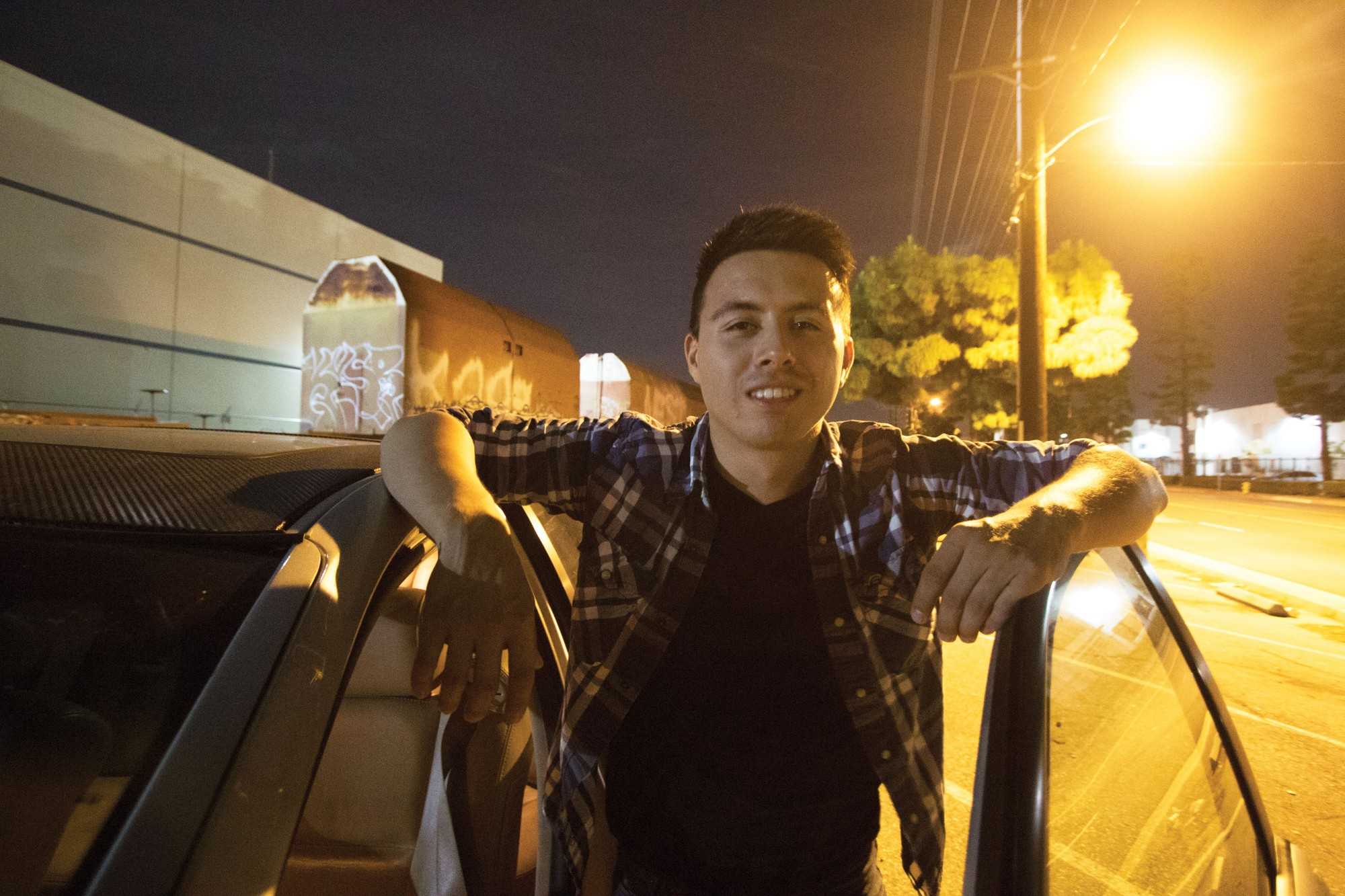 The traffic light rests on red and Hawthorne Boulevard stretches out far ahead, dark and nearly empty.

The driver of the black and silver 2003 Cadillac CTS revs the engine as he looks over to the black 2001 Honda Accord Vtec Power in the next lane.

The light flashes from red to green and both drivers punch the gas pedals to their limits. The Cadillac’s radio reads just pass 11 p.m. and the storefronts of local Hawthorne businesses are black but glisten with red and white lights as the car fly by.

The 19-year-old sitting in the driver’s seat of the Cadillac is in his element. He rests one hand on the stick shift and the other on the steering wheel as he swerves between lanes with an unchanging expression. The cars he maneuvers around with ease have no idea what’s going on. 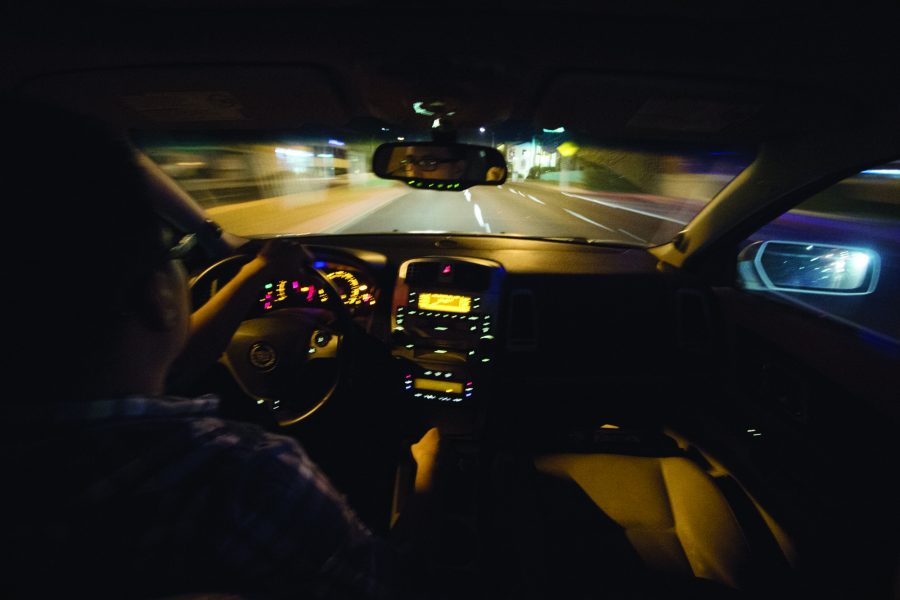 “Can you hear that?” Erwin Ramos, a business major, asks. The roar of the car’s engine takes over as he takes his hand off of the tick shift to turn down the radio. The lyrics of Drake’s latest single fade into the background as he revs the engine again.

Another light is approaching fast but neither car shows any signs of slowing down. The Honda is keeping up with the Cadillac and as they move farther down the street, turning businesses and other cars into a blur; it’s easy to forget that they’re doubling the speed limit of 40 mph.

Streetlights flash by and bounce off of the dashboard. Water bottle bump against each other as they roll around the floor of the car. Schoolbooks and a pile of clothes clutter the back seat.

The roar of the Honda in the next lane is hard to ignore as the car accelerates and tries to push past the Cadillac. Erwin tightens his grip on the stick shift. He switches gears and throws a look over his shoulder before swerving into the next lane. If he’s cut someone off, he does’t care because he’s now gained a few more feet ahead of the other car. 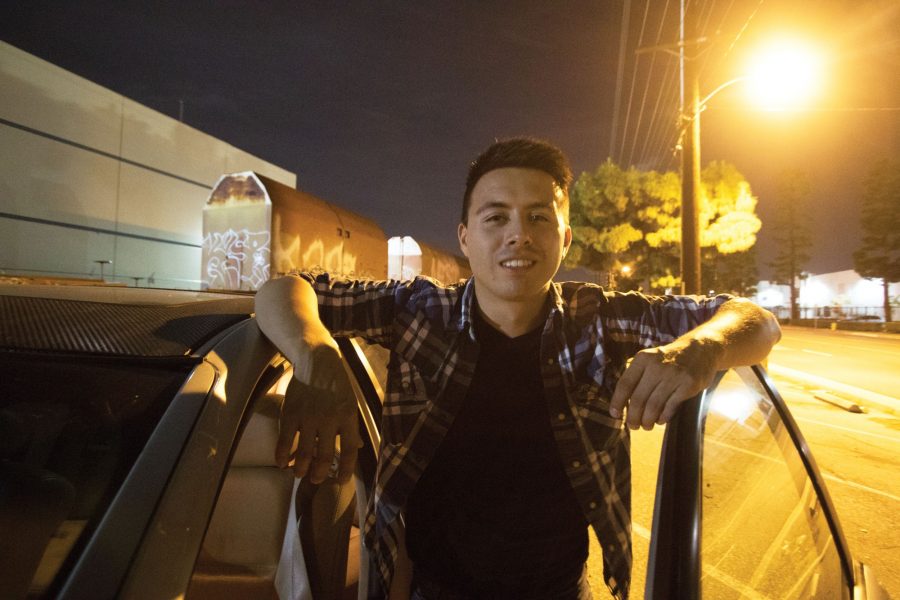 The cars have now met a stoplight and the drivers take the opportunity to roll down their windows to throw each other a smile. Sergio, 19. criminology major, says something to Erwin but his words don’t reach the Cadillac.

Watching the two is reminiscent of a race scene from on of the “The Fast and The Furious” movies. While the two best friends aren’t racing for “pinks” or cash and the only prize up for grabs is bragging rights. the car race still holds all of the risks illegal street racing is known for.

Illegal street racing is glamorized on the big screen and it’s hard to not be enticed by the thrill of the always-present dangers. The risks are not to be taken lightly and even carry hefty punishments. In spite of the gambles and penalties, street racing lives on.

Knowing that there are people dedicated to ridding the streets of racers like Erwin and Sergio doesn’t keep the two friends from breaking the speed limits. The danger of cops comes along with the territory.

“It’s an epidemic right now,” says Sgt. Jesse Garcia of LAPD’s street racing and tracking unit. He says that illegal street racing is an old problem that has become “more and more prominent” with the rise of social media and movies. With hot spots all over Los Angeles and pockets in prevalent in Downtown LA and East and South LA, street racing has become “no different that typical crime problems” as deaths linked with the illegal activity have increased over the last year.

Erwin says he realized how dangerous speed could be when he reached 140 mph while going down a bumpy road that made his car shake and made him feel like he was losing control. Despite the obvious dangers, Erwin doesn’t hesitate when pressing down on the gas pedal. 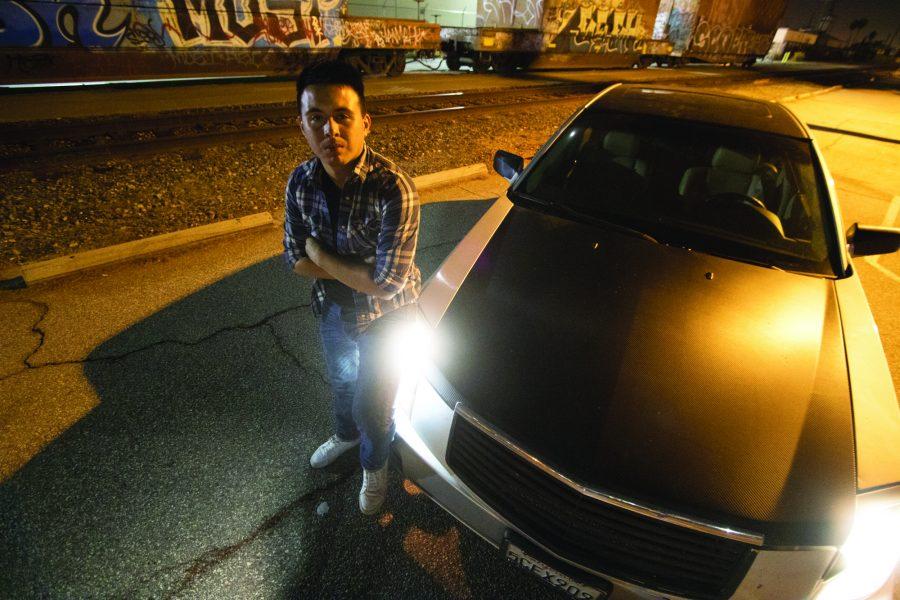 “If you’re scared, you’re not going to enjoy the ride,” He says. “I’m not scared of speed. I respect it.”

Erwin and Sergio don’t plan on steering away from racing any time soon. They want to open up a one-stop auto shop together where you can get everything from the basic mechanics done to building the car of your dreams from the ground up. Both agreed with a broad style that it would be called “The E & S Shop.”