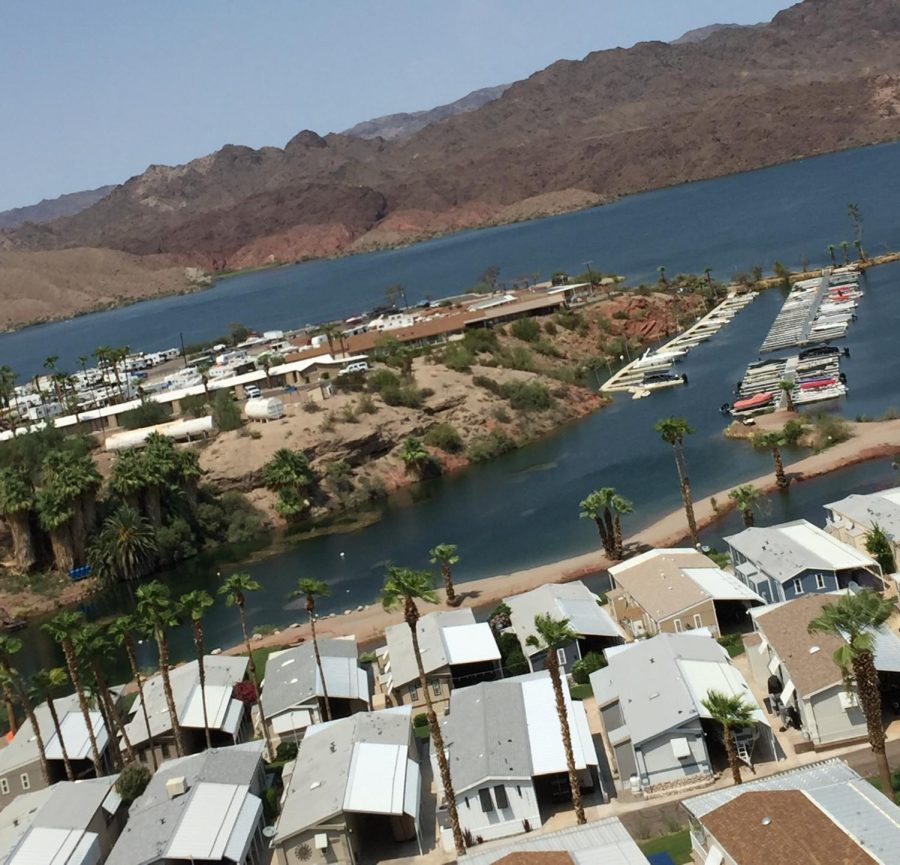 A view of Lake Havasu City, Ariz., shows an empty beach and lake before the crowds arrived in summer 2021. The ideal conditions were not enough to keep a family trip from being ruined.(Jesus Cortez | Warrior Life)

The disappointing aspect of my family vacation trip last summer still casts a shadow over the best moments I spent in Lake Havasu City, Arizona.

This was to be the best summer in recent memory, but a look at our skin color from the locals made our trip take a turn for the worse.

What started off as a promising getaway from Los Angeles fulfilled its purpose as the first day saw us soak in the pool of the Airbnb we rented. It was like a home full of entertainment for people of any age and it was just what our family needed.

The next day, after getting ourselves ready for the lake, we headed to a nearby gas station to fuel up the boat. I entered to pay for the fuel and was second in line. There were no other customers in the store except for me and the man first in line.

The man in front of me thanked the cashier and was about to walk out until he saw me. He then took a few steps back to the cashier and threw a bag of chips on the counter to buy. While they scanned his item, he called his kids out of his truck and told them to get anything they wanted from the store.

“Take your time,” he said as they looked around the mart. He then proceeded to give me a dirty stare and spoke for a few minutes with the cashier, not bothering to move out of the way for me to pay for the gas. It was then that I realized this man had something against me.

I walked up to the cashier as the two spoke and slammed the cash on the counter, telling him what fuel pump it was for, then I headed back to the truck without saying a word.

We had already gotten dirty looks from a few people when we first arrived in this predominantly white city, but we thought nothing of it since we were visiting for a good time. After the situation at the gas station, however, I concluded that we were in for racist treatment from the locals.

My theory was put to the test, and it was confirmed when we found a nice two-sided beach area on the lake to settle down. While my dad went to launch the boat into the lake, we set up a canopy for shade in the sand and then jumped into the water a few feet away.

Just moments later, however, the white family that had set up right next to us asked us in a rude tone to move farther away from them. We were not close enough to them to be bothersome, however, we decided to move out of their range because we did not need to be around problematic people like them.

About half an hour later, we started to hear the word “boo” in unison from the crowd and wondered what was going on. None of the boats that had passed received a negative reception from the crowd, but I knew immediately that the boat being taunted was being driven by my dad.

He finally reached us, and as he aided us in getting into the boat while wearing his straw hat, he smiled. “They do not like us,” he said. I looked around and we were surrounded by white faces of people who did not appreciate our visit, the only colored family around.

We had never been racially targeted to this extent, so it came as a shock to all of us. There was no way the color of our skin could garner this much negative attention. It must have been the culmination of hatred from a town seemingly devoid of diversity.

As we rode on in the boat, my fists were clenched with anger and never in my life did I want to give anyone a piece of my mind more than at that moment. I gave it a rest and thought for a second. I knew that giving in to anger would be just how they wanted us to react.

We headed back the way my dad came, and on both sides there were people sticking the middle fingers up with both hands. None of the other boats received this treatment, so we were all angered and even annoyed. My dad, however, kept his cool and did the most prideful thing I had seen in a situation like this.

He handed my brother the steering wheel, turned up the hip-hop music that was playing and started dancing in the face of hatred. The number of fingers we received increased, but that did not stop him.

As we rode on, I could not grasp the reason for racism or discrimination in the world. It lowered my morale for the rest of the trip, and I realized how small my world was back home.