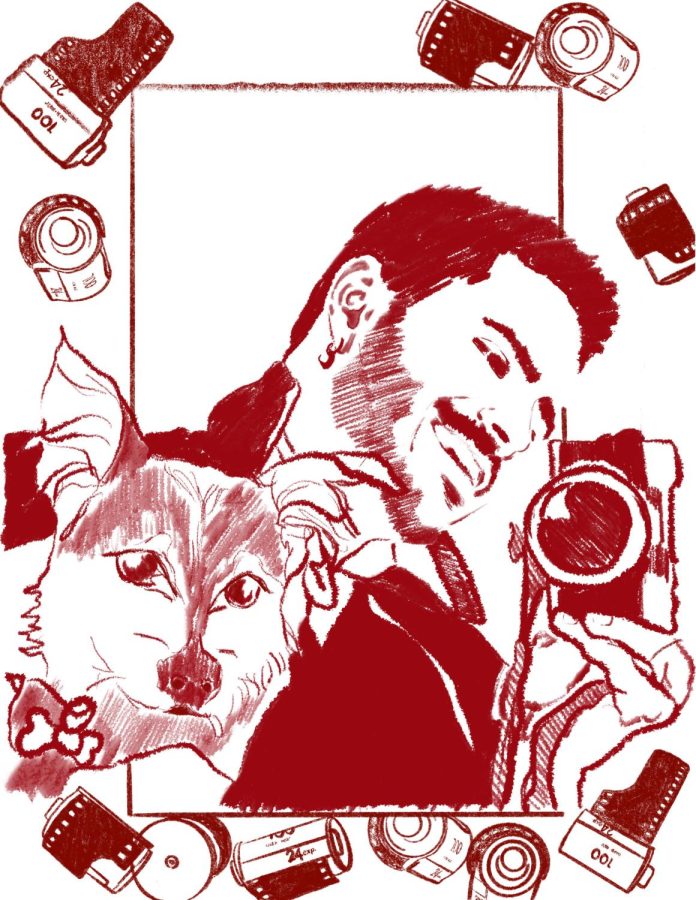 The first months of COVID were really hard for me. I had no idea how long it was gonna be for, if it was even as deadly as people said, and if that meant I’d be out of a job forever.

I had been previously working for Spectrum doing door-to-door sales in South Central, California. In short, I was basically the guy that no one wants to talk to. As hard and thankless as my job was, it was somewhat rewarding because at least I could make some decent money that people my age wouldn’t really be making. COVID changed all that.

I was fearing for my life. Things got worse at work as my job forced us to continue knocking and didn’t provide us with any personal protective equipment. I had people who would spit on me and even had guns pointed at me because they, understandably, didn’t want me to be there.

Since I had no way to tell if people were sick or not and I couldn’t tell the people to put a mask on at their own house, my job was pointless and frankly not worth it. The services eventually became free to residents of California during the first couple of months of the pandemic, so not only did I not get any sales, but I was basically forced to work for free.

This may sound like a rant, but because of the experiences I had endured working as a door-to-door sales representative at Spectrum, I realized that enough was enough. I began applying for jobs I knew I could do, jobs I had studied for. I desperately wanted to work in film again and since some of my family works in visual effects, I figured that would be my best bet.

I saw some openings for MoCap Vaults, Rouge MoCap and other studios that focus on motion capture. I may not have had all the experience, nonetheless, I showed them that I was willing to work and learn, so I applied myself and sent in my resume. But nothing came back.

I had contemplated going back to school and finishing my associate degree in film for a couple of months prior. I had seen photos of friends and former classmates graduating on Instagram and realized that this was a once-in-a-lifetime opportunity. No more would Ivan Zermeno feel unaccomplished or wonder “what if I had continued my schooling?”

But it wasn’t immediate. The situation with Spectrum had really messed me up and I needed some time to gather myself mentally and physically, since I wasn’t eating nor sleeping. I went from a job that would set irrational goals, like selling a phone service that mostly no one had heard of on the spot, to not having to worry at all. So in reality I had felt like a huge weight had been lifted off my shoulders.

I decided to hide away in my grandmother’s garage and just began to work out again, similarly to how a prisoner serves his sentence or how a caterpillar cocoons himself away until I was ready to take on the world. But after a while of being locked away, I felt that I needed to go out. I didn’t want to alienate myself and become unfamiliar to everyday life, as many others have throughout the quarantine.

Additionally I got into film photography. I found it soothing and it helped ease my mind. It captures a moment, as if beauty had become forever frozen to the time around it, even though some of my pictures weren’t all that great. I wasn’t really good at it, technically.

I started to search for photography classes and found myself enrolling at El Camino College for spring 2020, since I had heard great things about the photography courses provided here at ECC. Seeing that it was part of the journalism requirements and that it went hand-in-hand with film I decided I’d take it up.

Eventually I found myself taking more and more classes and really felt like I was somebody again. I quickly put together a resume and a portfolio with all my pictures and years of working in film for jobs and schools to look at, but suddenly I got a phone call.

It was a miracle. A buddy of mine told me that a studio he knew of had an opening and that because of unemployment, people would have rather collected checks than go back to work. People weren’t even applying. Needless to say, I was very hesitant to apply because I had just started school again, but it’s been over a year I’m in the company now and I can’t tell you how much my life has changed.

This job has opened so many doors for me, as I get to go on shoots for video games and movies alike, and I’ve gotten to meet so many new people.

I finally got a job I wanted, where I can feel like myself and be good at it, and it’s all because of COVID.

Yes, these past two years have been some of the most difficult times I’ve ever faced, as I lost loved ones, had no money at times and was almost driven mad, but I wouldn’t be where I am today if not for this once-in-a-lifetime opportunity to come back to school and get the career I wanted.