A Story Analysis of a Murder Victim: My Dad 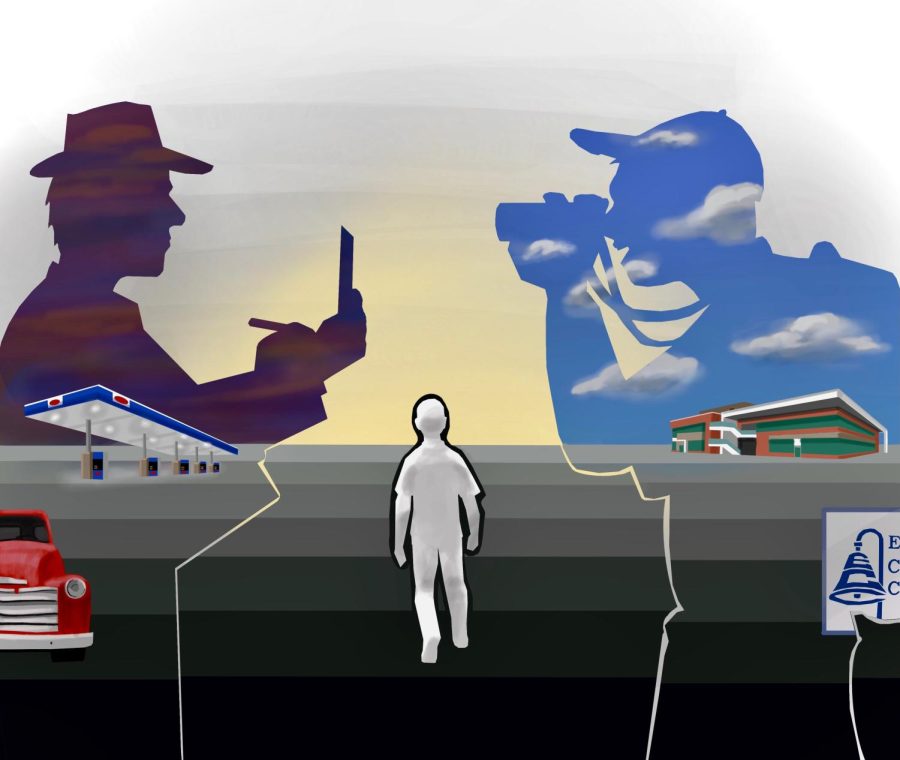 On Feb. 4, 1969, armed robbers confronted my father at the World Oil Gas Station in Santa Monica. He worked the graveyard shift as a gas attendant and minutes after clocking in, he faced three suspects who demanded money. Two of the robbers were young adults, while the youngest suspect was my age — 14.

One of the robbers fired his gun, striking my father in the abdomen. He would lie in a pool of blood until help arrived. Police apprehended the suspects.

My dad was rushed to a Santa Monica hospital, where he died on the operating table.

Journalist Vance Pollett wrote that my father toiled at life until his luck ran dry.

“His share of the world’s goods didn’t bulk large and Kohatsu had to work at two jobs to make ends meet,” I recall Vance writing. “Early this morning, he was cut down in a blaze of gunfire.”

The final hours of my father’s life were chronicled in three stories by Pollett, a reporter for the Santa Monica Evening Outlook.

I didn’t know it then, but Vance’s stories would be my beacon in life.

My dad left behind very little: his pickup truck, gardening tools, the transistor radio I gave him the Christmas before, an alarm clock and the bloody clothing he wore on his last day, which were stuffed in a plastic bag by emergency room nurses.

He had no life insurance.

The gas station hustle was a thankless job, hampered by weird hours, bad pay and dangerous working conditions after sundown. But it was the only job my dad could find that fit his rigid gardening schedule.

He began sleeping in a downstairs bedroom, away from the family. His coming and goings at odd hours would be less distracting, he thought.

On most days, he would crawl into bed before sunrise and crash for a few hours before starting his gardening jobs, which stretched from Hollywood to Long Beach. He repeated this routine Monday to Friday.

My parents discussed quitting the gas station job. But, my father was an eternal optimist. He chose to continue moonlighting.

Everything would be fine, he assured my mother.

We buried my dad at Evergreen Cemetery in Los Angeles. He was 47.

As I look back, I try to make sense of what occurred that early morning. My Uncle Dave told me, “you’re the man of the house now.” He meant well. But I was just a kid who was to start high school that same morning.

I scribbled one of Pollett’s stories on a sheet of notebook paper. Then I kept that handwritten note in my back pocket. I read it now and then. Vance’s words brought me peace — and gave me a sense of purpose — for reasons I couldn’t explain.

In the spring of ‘69, Banning High School in Wilmington offered no student counseling for trauma. Due to my father’s death, I started my sophomore year two weeks late. I was given my list of classes and then turned loose, left to wander the campus in a haze as I searched for my classrooms.

I sought no help. And none was offered.

The 1960s was an era in which grief counseling seemed mostly non-existent. For all the well-wishers and sympathizers who visited our home in the weeks and months following my dad’s passing, not one person suggested the benefits of bereavement therapy.

We were Christians by faith, but attended no church. Culturally, we were burdened by centuries of people who repressed their emotions.

Being dutiful Sansei children (third-generation) of Japanese American parents, my sister and I said little. After dad’s death, we hid our pain and isolated our emotions.

Mom also suffered, but carried on with her parental duties and responsibilities. She did the only thing she could at that time which was to follow her instincts.

For better or worse, she sheltered us from the world.

My life in the months and years to follow were filled with varying degrees of intense pleasures, demoralizing defeats and missed opportunities. It’s difficult now to determine how much of my life was shaped by childhood trauma.

When my father died, a scholarship fund was set up to pay for our college education. But I squandered that opportunity in favor of working at an endless list of dead-end jobs that would span two decades.

My interest in photography, which was kindled in high school, ultimately gave me direction in life.

In the 1980s, I finally got my life together. I studied journalism and photojournalism at California State University, Long Beach and earned my bachelor’s degree at age 36.

Along the way, I found solace in journaling — maintaining a daily diary. Gradually I sharpened my writing skills through pen pal correspondence, contributing to fanzines and freelance writing for various publications.

In 1989, I was hired by the Gardena Valley News as a photographer and sports writer. In 1991, I became the editor-in-chief. My confidence level soared as did my outlook. The GVN is where I would spend more than 30 years of my work life.

I am now 68, semi-retired and have returned to college as a student. For more than 50 years, I have said little about my father’s murder and been reliant on self-therapy.

The Counsellor’s Guide, an online site that highlights the need for personal awareness and self-development, reported there are some virtues to self-therapy.

Self-counseling can “help you take more effective control of everyday situations, and enable you to make continued progress.”

On the same site, author Anna Martin said that self-counseling is not a substitute for in-person therapy for serious psychological problems.

“Deep-seated issues will require help in order to remove them from the unconscious, so it is important to understand and accept that self-counseling may open doors to identifying these problems, but may not be enough to attain resolution,” Martin said. (http://www.thecounsellorsguide.co.uk/importance-selfcounselling.html)

Like my dad, I think of myself as an optimist. I am what many would call a “good guy.” Conscientious and fair.

As a dedicated journalist like Vance Pollett, I listen to stories and write the narrative. As an editor, however, I can rewrite the headline.

Students can get mental-health counseling

ECC students have access to the college’s Student Health Services, which includes psychological assistance. Fees for health services are covered during enrollment at the college. The following information is valid as of May 2022 and readers can check the website https://www.elcamino.edu/support/health-safety/student-health-services/index.aspx for SHS exemptions and changes.

Fees: $22 per fall and spring semesters, and $18 for summer session. No insurance required or co-pay.