Finding purpose beyond my father’s shame 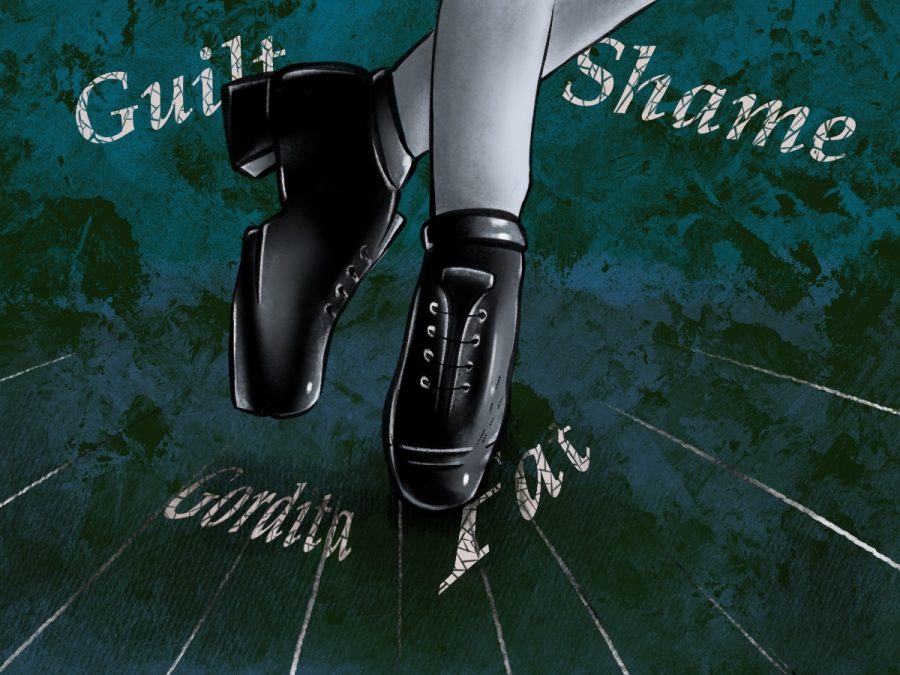 That was my dad. He gave me one gift.

My mom would say otherwise. “All you get from your dumb father is your butt and hips. He’s just a sperm donor.”

Sperm donor, I thought. I liked it.

I remember dragging my seven-year-old body into McDonald’s once or twice every weekend after the divorce. It set the tone for my dad publicly addressing me, his daughter, as “fat” or “gordita.”

My mom used to tell me about the rolling of the “r” sound in his native tongue when he spoke. The words had a purpose, just as much as they did when he was delivering them with correct pronunciation, but words become repetitive. The “r” sounds became more and more familiar.

I was getting used to my newly defined body description. Speaking in Spanish, my aunts would turn their “gordita” bodies away from me and mock my fat and cellulite. Little did they know, I knew all along. The shame. The guilt. All of it.

“I didn’t deserve it,” I hope every nine-year-old would say. But, little did my dad know his shame to his only daughter would haunt me forever.

California became my escape route after my mom remarried.

As a 14-year-old, I was enlightened to know I escaped my dad’s wrath, but he influenced others—my two older brothers. In times of struggle and anger, my brothers would lash out. “You’re fat,” they would tell me. It became a strategic move in a game. They each took their turn and I lost. I questioned if my dad had “won the game of life.”

My brothers eventually grew up and so did I. Altogether, we realized our dad lost the desire to love his children. We all began a journey to separate ourselves from our dad and eventually reunite with one another over time.

Eleven years ago, at 14-years-old, I stopped talking to my dad.

Eleven years ago I also knocked on my neighbor’s door to have a playdate with my friend. My neighbor answered the door and gave me a flier. I left that day with a flier that changed my life.

Riverdance, I thought. No, Irish dancing.

The flyer listed one free Irish dance class. My friend and I took the class, but shortly after she quit. Great.

One free class turned into an investment of more.

The small dance studio echoed with taps and accordion-like tunes. Each dance move I saw was so intricate and precise. Dancers of a large array of body types moved across the floor in seconds—light as a feather.

Each dancer had a unique mold that remained untouched and equal. A mold that I can fit into, I thought. I began to cry.

I had found a purpose through Irish dancing.

My mom didn’t believe I would be standing after the first class. She said

in between uncontrollable laughter that I am “the biggest klutz she ever knew.” Fact. I did fall a lot, but through dance, I became fixated on the intricacy of pushing beyond the weight of my past.

Four days a week. Eight and a half hours of dance instruction. I tied my leather-bound shoes to each practice. One pair of shoes allowed me to dance similar to a ballerina. The other pair gave me the power of two dancers: a ballerina and a tap dancer.

Both shoes were driven to a top speed of complexity completed at the level of an Olympic sprinter. I felt each weightless movement fit delicately into the accordion-like tunes.

Once completed, I found the end of the rainbow. The rainbow did not end with a pot of gold, according to my dance teachers. It was when I was on the dance floor holding onto the back of my foot in pain or when I completed the dance with a smile. Everything was done for a purpose.

Irish dancing continued to redefine my interpretation of childhood dreams and aspirations that I thought were lost in translation.

I no longer dragged my lead body carrying the weight of my past.

Twenty pounds lighter, I have competed as far as Australia in a $2,000 hand-stitched dress.

The Irish dance community has welcomed me with open arms, all the while I had thought my dad had still won the competition over my life. Each body type was equal and well presented physically through hard work.

I won three championships to enter into the highest level of Irish dancing. After that, I competed at the North American Nationals in Vancouver, Canada. Through pain and tears, I still retained a spot at the top of my regional competition.

Traditional Irish tunes filled the voids in my life. Dancing became the words and disassembled the heavyweight of my past.