It took a fire to realize how much money I burnt 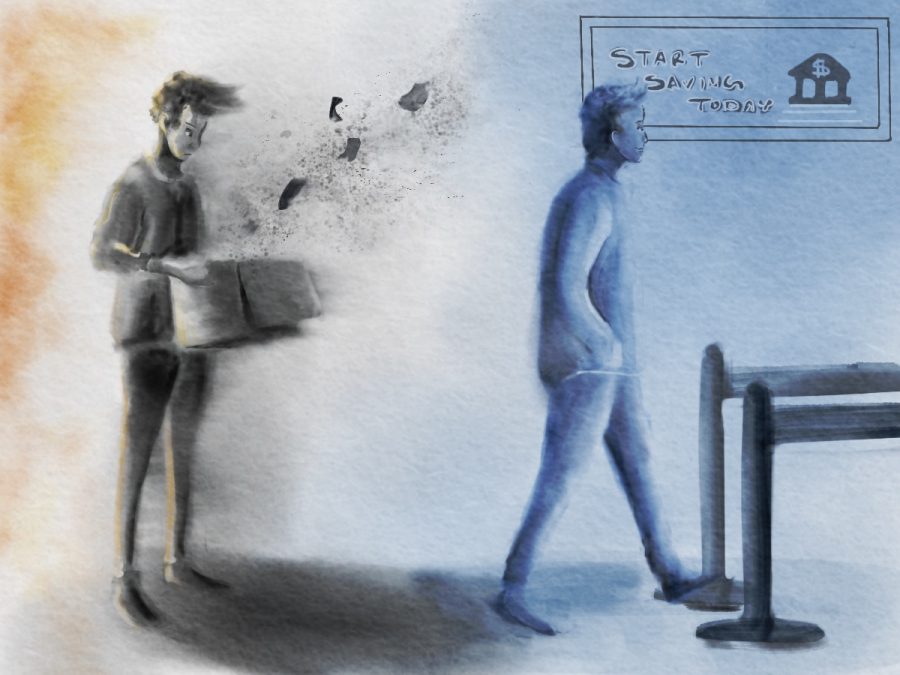 The thick smell of smoke encapsulated my entire nose as I looked at my collection of personal belongings. There was no time for me to rationalize which of my endless amount of comic books, vinyl records, blu-ray movies and video games to salvage.

What I once viewed as prized possessions now seemed like litter I accumulated—hoarded—scattered across my room. These objects were merely trivial and did not hold the significant value I thought they would when I first bought them.

The afternoon of August 1 was the day I came home to a burnt apartment unit and realized how much money I have wasted over the years.

My home was the victim of a structural fire and I had to swiftly recover what I deemed important because the space was no longer livable. My plethora of collectibles was the last thing on my mind.

“5.8% of Americans are affected by Compulsive Buying Disorder in their lifetime,” according to Mental Health America, a nonprofit organization based in Virginia.

Compulsive buying disorder or shopping addiction was a problem I did not know I personally had. It took a tragedy to manifest this epiphany.

As a self-proclaimed connoisseur of pop culture, collecting physical media was a major hobby. Buying and owning a tangible representation of films and music I adored was important.

It is a great hobby but I took it too far. I bought movies that I only watched once, albums I would hardly revisit and video games I never finished.

According to Psychology Today, a New York based publication, compulsive buyers feel a “euphoric experience” when purchasing desirable items which can lead to an addictive habit.

The satisfaction came from purchasing these items rather than enjoying them. Every swipe of my debit card felt like an accomplishment.

Eventually I was able to save most of it but my collection still lost its personal value. I spent the following weeks selling a bulk of my unwanted items and learned that they lost their financial value as well.

Book-Off, a store that buys and sells physical media gave me about $70 for around 40 blu-ray movies I knew I wouldn’t watch again. Many of them were in collectible metal packaging that costed around $25 each.

While most of my compulsive shopping was spent on comics, I haven’t cut down my comic book collection just yet because it’s going to be a long task.

I tracked my comic book buying through an online database called CLZ Comics and my collection is currently at 909 single issues. At the time I am writing this comics usually go for $4 each, so I must have spent about $3,636 on them over the past five years.

That’s $3,636 spent on pages of paper held together by a couple of staples.

Reflecting on my past spending habits changed my perspective on budgeting and personal finance.

I live more frugally now and only buy the things I need. If there is a big purchase that sparks my interest, I give myself at least a day to think about it. Most of the time I completely lose the desire to buy something after a few days.

I have replaced my compulsive buying with something else that makes me happier. It’s something that brings joy to my life and fills the void that shopping never could.

My disposable income now goes to experiences rather than things. It goes to nights out with friends which consists of sushi dinners, movie theaters, karaoke bars and occasionally weekend getaway trips.

Material items can easily burn but memories are cherished forever.