My DUI made me change for the better 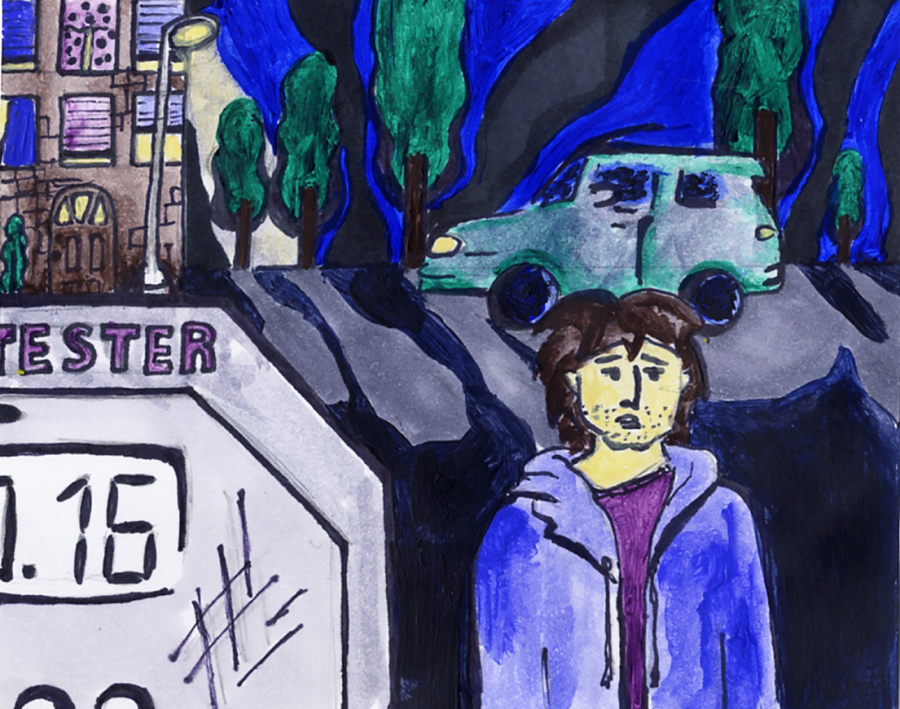 I sat in my car inebriated. Processing what just transpired. I thought I was dreaming.

Around 3:30 a.m. I was taking side streets home to avoid possible police interaction and did not notice that the pavement was wet from rain earlier that night. As I was approaching a curve, I was driving at a speed that was not suitable for the conditions, then BAM!

I began the turn, my front two tires lost traction and started to skip across the pavement, causing me to sideswipe two parked cars and slowly come to a stop about 20 yards away.

I revved the engine, trying to get the car moving, in hopes of getting away. Bad move. I am glad my car was immobile.

Sober me would have waited for authorities and the whole nine, but I was not sober.

I thought I was doing it right.

I had it all mapped out. I would celebrate a friend’s birthday, while also being able to make the drive from Hollywood to the South Bay. The plan was to pregame before heading into the bar, have one drink inside followed by multiple glasses of water before leaving was a success.

After dropping off my friend, he reminded me that the bottle of alcohol we had was still in the trunk. We both agreed that he would take the bottle inside, but before he could do so I took a few big gulps.

I immediately jumped out the car, and went to check the damage that I caused. It was a surreal experience, realizing that I was highly intoxicated and lucky that I had no injuries at all.

As I walked back to my car, down the road I could see the blue and red lights getting closer and closer.

It was an officer from the Torrance Police Department.

Before their arrival, I recalled a woman coming outside and offering me soda to “sober me up.” Needless to say that did not work, and I do not even know why I accepted it in the first place.

I sat on the curb for at least 30 minutes waiting for a sergeant to come because I did not want to take the field sobriety test. It was not because I was being combative or defiant.

I was still in disbelief that this was happening and was trying to understand the situation I was in.

After the sergeant came and we exchanged words, I agreed to the testing.

Because there was an accident, it was not required for me to walk the line, stand on one leg while reciting my alphabets backwards or follow a finger from left to right without moving my head.

Instead, I was administered a breathalyzer. I failed. Big time. The results came back at an intoxication level of 0.16%.

According to the Department of Motor Vehicles it is illegal for any person to operate a vehicle with a blood alcohol concentration of 0.08% or higher if the person is 21 years or older.

Because I blew over 0.04%, not only did I lose my license, I also lost my Class A which allowed me to drive commercial vehicles as well.

Although I was not driving professionally, I always liked the idea of having it in my back pocket.

The next morning, I was bailed out. The worst feeling a man can feel is shame from his mother. I was already ashamed of myself, but I never wanted to put my mom through this.

The next few months were trying. I was ordered by courts to attend 10 alcohol awareness classes, 10 group sessions and six self-help meetings. I also had to complete the Hospital and Morgue Program and the Victim Impact Program of Mothers Against Drunk Driving.

After it was all said and done the total was about $15,000 worth of expenses. It was $5,000 for the two cars that I hit. Thankfully that was covered by insurance.

I never thought I’d be in a jail cell, but am glad it happened. I sat in the cell that night crying and knew I needed change. The change I needed was college.

Whenever I think about that night, I think about how selfish I was to get behind the wheel after drinking heavily. I could have killed someone. What scares me the most is knowing if I were to kill someone while driving impaired again I would face murder charges because of this DUI.

A month after the incident I enrolled at El Camino College as a 27-year-old freshman with no plan, and three years later I will be graduating with two associate in Arts degrees.

It is safe to say that I have not drank and driven since that nightmare of a night.

My DUI no longer defines me.