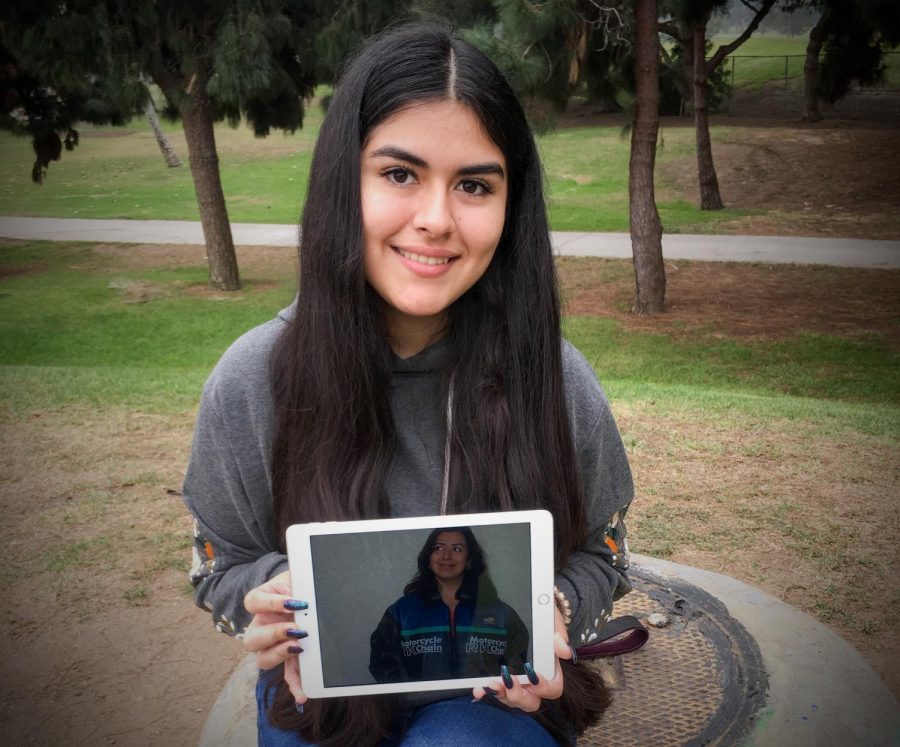 Sitting in the hospital room by her mother’s side, Mercy held her mother’s hand keeping in mind that it was her mother’s last days. Mercy prayed to God, every day and every night “God please help her get better, please cure her.”

The bond Mercy and her mother had was a good one. She told her mom everything that happened in her life or when someone was bothering her in school. Mercy could count on her mother to give her the best advice.

Days and months started going by and Mercy’s mother began to get worse, that most of there days weren’t spent in and out of the hospital. Getting second and third opinions Mercy and her siblings including her father started to prepare for the worst.

It wasn’t until Mercy’s mother couldn’t anymore and had to just stay in the hospital. Mercy and her father along with siblings would visit her almost every day and stay the night if they could.

On the morning of Dec. 26, 2014 Mercy and her family said the last goodbye to their butterfly. Even though they were mentally prepared for this it was still painful and heartbreaking.

Mercy Hutera 20, physiology, lost her mother during her junior year of high school. From there she had to learn to grow up quickly and still keep a positive mindset.

Her mother always made sure to be involved in her children’s lives and be part of anything they had going on no matter what her condition was. She would make sure if she can drive them herself she would be there.

Janett Schaeffer, the clinical psychologist at El Camino College, says that even though you prepare for someone who is ill’s death, it’s still hard to deal with when it happens.

Janett added that having the support of people around you who accept you and who you are in the process is very helpful and It’s also important to be patient with one’s self and the process of grief.

Receiving visit after visit from friends and family and getting help to plan the viewing and the funeral. The Huerta family was feeling the love and support from everyone. It was a little overwhelming for Mercy she still felt very numb.

The day of the viewing in Los Angeles, it was when more mix emotions of sadness and even anger were happening between Mercy and her family. What brought them comfort was when the casket arrived and they had a moment to themselves.

Mercy remembers not realizing how full the room had gotten until it was over. She said “Hi,” and “thank you for coming” to as many people she could. She also remembers not showing much emotion and people criticized her for it. They said she didn’t care.

Mercy does remember having one of her close friends

Alondra Castillo the whole time with her as she said hi to everyone. She has known Alondra since sixth grade and they have been through so much.

” I remember holding her hand, walking around the whole room and her not wanting to let go as she said hi to others,” Alondra says.

Alondra says she has seen a big change in Mercy since her mother passed away. She sort of shut a lot of people out for a while, including Alondra. “I couldn’t blame her I didn’t know what she was feeling and I didn’t want to force her to tell me,” she says.” I knew that I just needed to there for her in her time of need.”

After the viewing, it was time for Mercy and her siblings to finish packing. The funeral took place in Veracruz, Mexico where her mother was born. It was the first time they had visited Veracruz and traveled.

On the plane ride, Mercy thought the only positive outcome of the funeral was ok that she would be with family, many who she had met for the first time. They were going to meet a young woman with long brown thick hair, brown eyes. Who likes to dress in jeans, T-shirts, and sneakers. A young woman who loves winged liner.

Mercy’s mother was buried alongside her aunt in a cemetery in Veracruz. It wasn’t for the love and comfort she and her siblings received from their family, they don’t know what they would have done.

Time passed and Mercy was a senior in Magnolia Science Academy-3 in Carson, Ca. And it was time for her to start applying for colleges.

Everything was going well during the process. She knew what colleges she was interested including, UC Merced, Cal State Fullerton, Cal State Northridge, and Cal State Long Beach.

In total Mercy applied to eight colleges and really only expected to get into a few of them. It wasn’t until one day when she was at home doing her homework when she received an email.

The email read “CONGRATULATIONS,” She couldn’t contain her emotion.

” I was so happy when I read my first acceptance email, I couldn’t believe it, “Mercy says.

Little by little Mercy began to receive more emails and get letters in the mail that she had been accepted to all eight universities. But the pressure began. Which college to choose? Even though the universities she applied to were in California, they aren’t close to her home in Gardena. Since Mercy didn’t drive, she didn’t want to put pressure on her father since her older brother and younger sister needed help as well.

Another reason why she couldn’t decide where to go was that her father was telling her that he had plans for them to move out of the state. She felt stuck. Mercy began to miss her mom more than ever. She needed her support and advice. Mercy was trying to make a decision that would not only benefit her but her family, too.

Mercy didn’t end up going to any of the eight universities. She ended up taking a year off and focused on herself. She distracted herself with things to do. She rode her bike, she went on a diet and helped babysit kids.

Finding something to do rather it’s to get you out of the house and keep you distracted for while is healthy. But at the same time don’t overwork yourself to keep the pain away. As suggested by Janet Schaeffer who says,” “Keep busy, distraction is okay, give yourself a break from the pain.”

When Mercy learned that they were no longer going to move, she applied to El Camino. It’s close to where she lives and she was familiar with the campus since her mother had also been an ECC student.

” It was the best decision I made when I chose to come to El Camino, Mercy says I am saving money and time.”

Maria Villarreal works at Mercy’s old high school. She was there for Mercy and her siblings and helped organize a way to give back for all the help Mercy’s mom gave to the school. When Mercy’s bother was a senior, a teacher donated money for his ticket and a suit. They did the same for Mercy as well.

” The Huerta children are bright students and that is because of there mom,” Ms. Maria says.

Everyone who knew Mercy’s mother knew she was very involved in her children’s lives, especially in their education. She was always volunteering, sitting in the classes, observing teachers.

” We here at Magnolia are very thankful for Ms.Martha’s she was always so kind and helping us out no matter what condition she was in,” Ms. Maria says.

It’s been almost three years since Mercy’s mother died, and she has gone from being mad at the world and at God, to becoming an adult who has learned to just keep going. She remembers that family is everything but she still needs to do things for herself.

“After my mom died I stopped giving a shit and I was just not focusing on the important things around she says. If I can go back I would tell my younger self that it’s ok not to cry every day, everybody deals with it differently and I need to keep pursuing my goals,” Mercy says.