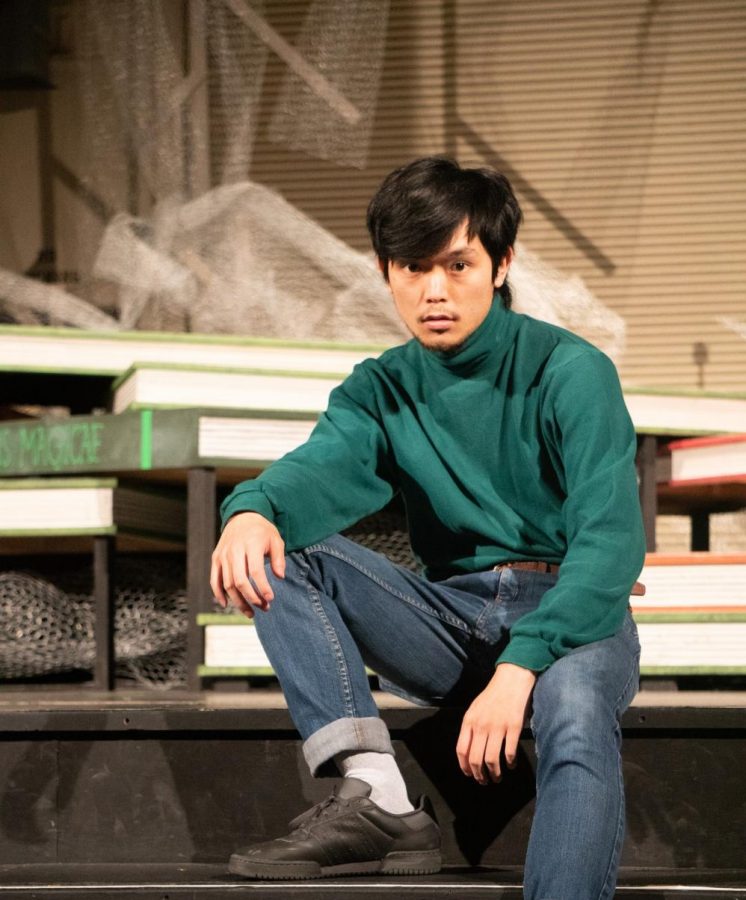 The cords are too short. He pulls and tugs attempting to weaken the bond between the bunched wires until just barely the plug is long enough to reach an outlet. Waves of colors begin soaring across your vision leaving you with a vibrant after image coupled with a desk filled with perplexing equipment. Although this is his bedroom, Keijis spends most of his time studying scripts and creating content. This is his 36th chamber.

He’s no stranger to performing in front of an audience. Journalism major Keiji Shiraki, 20, has been doing it since high school.

It all started around junior year when he was injured while wrestling. His goal was to compete for a university. However, Keiji soon discovered his hidden passion for acting and now he plans to bring diversity to the Hollywood industry while doing hobbies along the way such as posting videos on YouTube, and live streaming his game-play on Twitch.

One day, around junior year at North High School in Torrance, he saw a flyer for an audition for the play “Romeo and Juliet” at his school.

Keiji went with a few friends just to mess around for fun but he actually ended up getting one of the lead parts as Tybalt, Juliet’s cousin and an antagonist in the story.

“That’s when I knew I was destined to become an actor,” Keiji says.

The joy he received while acting outweighed the depression he was facing. It was as if all his worries would dissipate whenever he would go into character.

For Keiji losing one dream led to the birth of another, like a phoenix rising out of its ashes.

Watching movies soon became a way of studying the art of acting. Just like how some love singing their favorite Drake lyrics, Keiji memorizes lines to his favorite scenes.

He graduated from North High School and started attending El Camino in 2016, knowing he wanted to take his acting career to the next step. The only problem was that he had no idea where to begin.

He wanted to get auditions for movies in Hollywood and to find opportunities that could help him gain more exposure, so he created a YouTube channel.

“I started with posting all different types of videos,” Keiji says.

These range from funny skits to reaction videos and vlogs showcasing his trips to Vancouver, San Francisco and other cities.

Then one of the vlogs that he made got a lot of buzz and started trending. It was No. 23 on YouTube in Thailand.

Since posting that vlog he’s reached about 2000 subscribers with over 25,000 total views.

Soon after, he earned his first acting opportunity from a Taiwanese manufacturer and distributor of computer hardware called Gigabyte.

“They’re very well known in the gaming world for games like ‘PUBG’ and ‘League of Legends’,” Keiji says

Gigabyte contacted Keiji offering him the lead role for a commercial they were working on.

“It was my first real professional job as an actor and my first film debut I made,” Keiji says. 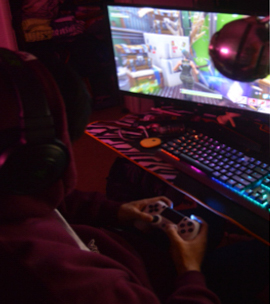 The commercial premiered in Boston at PAX EAST, one of the biggest gaming conventions in Esports within the US. It also aired on TV in Asia and America for two weeks.

“After that, I had the ball rolling and found my way into the movie industry,” Keiji says

This summer he’s managed to act in one student film, two short films, and one feature film.

But his ambitions reach much higher than a commercial ad for a computer company.

“I have a lot of bigger projects coming up like the Netflix movie I am going to be in,” Keiji says.

His goal through acting is to make Hollywood less discriminative toward minorities in its various entertainment industries, “… and give us opportunities to shine. I want to make history, to be one of the first Asian actors to break the stereotype,” Keiji says.

With it already difficult for minorities in America to succeed with the social constructs established, Keiji aims to help bring change to the film industry by thriving within it himself.

“The world is changing and I believe Hollywood needs to change too,” Keiji says.

Keiji believes he has done everything someone needs to do to continuously progress in this industry. He decided on being versatile and is willing to put in the extra work to make opportunities happen.

In Keiji’s situation it meant him expanding his reach through multiple outlets such as YouTube and more recently through Twitch where he streams himself playing ”Fortnite”. Even though he doesn’t have a huge fan base like the popular streamer “Ninja” does, he still finds joy from playing for fun.

If he’s not rehearsing scripts, making YouTube videos, or streaming his game-play, this modern day renaissance man is most likely producing a beat.

Making music for him isn’t something he wants to share with others but more of a way of expressing how he feels in the moment.

As he hits play on his music program, a sound of cracking begins as if wood is burning at a campfire. A range of melodic eerie piano chords start to play with a drum loop.

Keiji finds peace in making Lo-fi hiphop beats which are a mix of standard drum patterns overlayed by a wave of sounds, usually synths paired with piano chords creating a warm, relaxing tune.

Keiji also dabbles in writing. His grandfather inspired him to write his own book that he has saved privately on Google Docs. Back in high school when he finished the book he had a few of his closest teachers read it and help improve the story.

“They all said they loved it so I might publish it before I pass away,” Keiji says.

Keijis decisions thus far has led him to where he is today from hours of dedication. He didn’t let his peers or family dictate what he wanted to pursue and he wasn’t about to allows other peoples opinions to erode his confidence.

“Not many know this side of me you know? Everyone just thinks of me as Keiji the actor who never struggled and got lucky. No. I grinned,” Keiji says.