Battling with stress turned my brain into a slushy 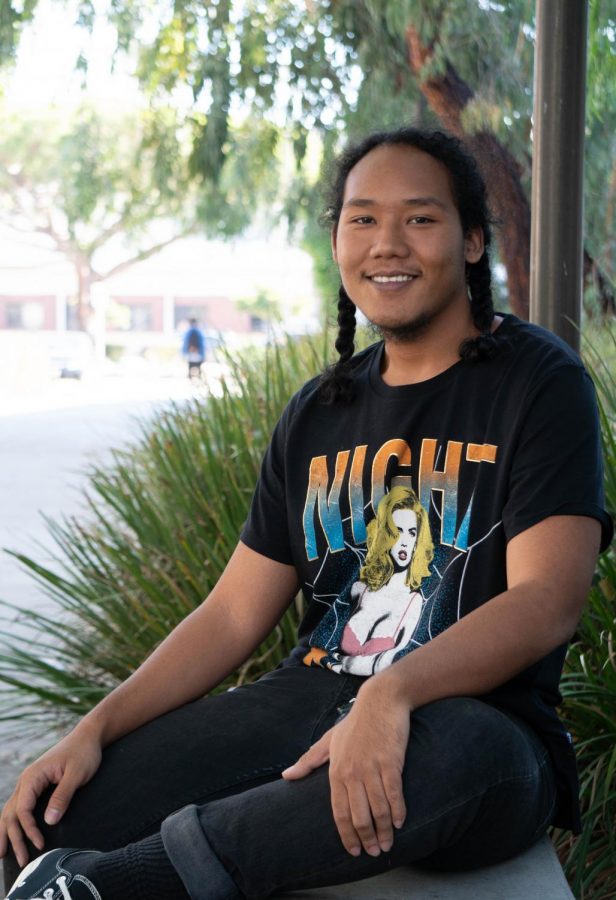 Stress is like that friend of a friend you kinda know but not really and at the same time you actually dislike them with a passion.

Instead of telling anyone that, you try to play it smooth and act like nothing’s bothering you while your subconscious is screaming and punching the air.

Stress can abruptly stop you in your tracks.

It builds inside you like a volcano waiting to explode. It can be annoying and outright disrespectful but, at the same time I feel like it’s not that bad once we learn to understand what it means to be stressed and learn ways to cope with it.

I first started noticing I was stressed during my junior year at North Torrance High School, not because the work was getting harder but because I was realizing I was growing up and gaining more responsibilities at a rapid rate.

Then I got to El Camino College and it became so much worse.

My first few weeks at El Camino were enjoyable. Since I enrolled straight after high school, it was as if I was continuing right where I left off. Nothing felt different besides how far my classes were from each other.

After gliding through my first semester I thought I could challenge myself a little more by working at the vape shop across from campus.

But I was mistaken. It was as if accepting a job into my life invited a whole new tier of stress my young soul was not yet ready to encounter. But I did it anyways because, nothing ventured nothing gained. What I didn’t realize is that every time you open a new door it comes with a warehouse of possibilities.

It was as if I opened pandora’s box and signed my innocence away for good. Now that I’m in college and working I became more social due to the fact I actually had some money in my pocket for festivities. But money was not the solution to my problem but, it was more like a band aide.

As I began working, going to school full time, while simultaneously holding onto my social life by a thread I started to feel the effects of it all at one time. I was barely getting any sleep which led to my grades dropping like a sack of bricks.

So I started going to tutoring on campus and studying during work to be able to clearly understand my lectures, all while taking my math courses which is tragically my worst subject.

My boss would sometimes catch me slacking on daily work tasks because I started to squeeze in as much homework and studying as I could since I would have class the next morning. All this time I thought I was being productive but what I really did was put a high toll of stress upon myself and I didn’t realize this until I finally hit my limit.

My limit being hit felt like that moment you wake up late for something important and your heart starts to beat like a good house song on a Friday night. It happened after work one time after closing. I started to skate home since I only live about a block away from school and work and while mid push I started having an anxiety attack.

At the moment I stopped and sat on the curb and honesty accepted the fact that I was over-working myself and couldn’t handle it all. I was sweating profusely, hands shaking, heart pumping. I felt like I was gonna pass out so I just sat there for however long until the sensations eventually subsided before skating home.

What I learned is that you should pace yourself, life needs balance and when you try to fill your cup too much it spills over and all the little things that stress you out evolve such as, school, work, relationships with friends or loved ones into something you don’t want like slacking at work or having toxic relationships.

Sometimes we are forced into these situations and have no other choice but to deal with stress head on so the next best solution is to talk to someone about it. If you internalize your stress and anxieties they tend to toss and turn your brain into a slushy.

Talking to someone whether it be a friend or family member and getting it all off your chest does relieve a lot for pressure caused by stress. But not everyone is comfortable or has someone that they can trust with their thoughts.

Luckily El Camino provides students with free psychological counseling for up to 6 appointments per semester.

It may not be for everyone but, you never know if it might be for you. you can schedule an appointment by calling (310)-660-3643. They are located in the Student Health Services building which is near the pool. The staff is kind and will help you with anything you need.