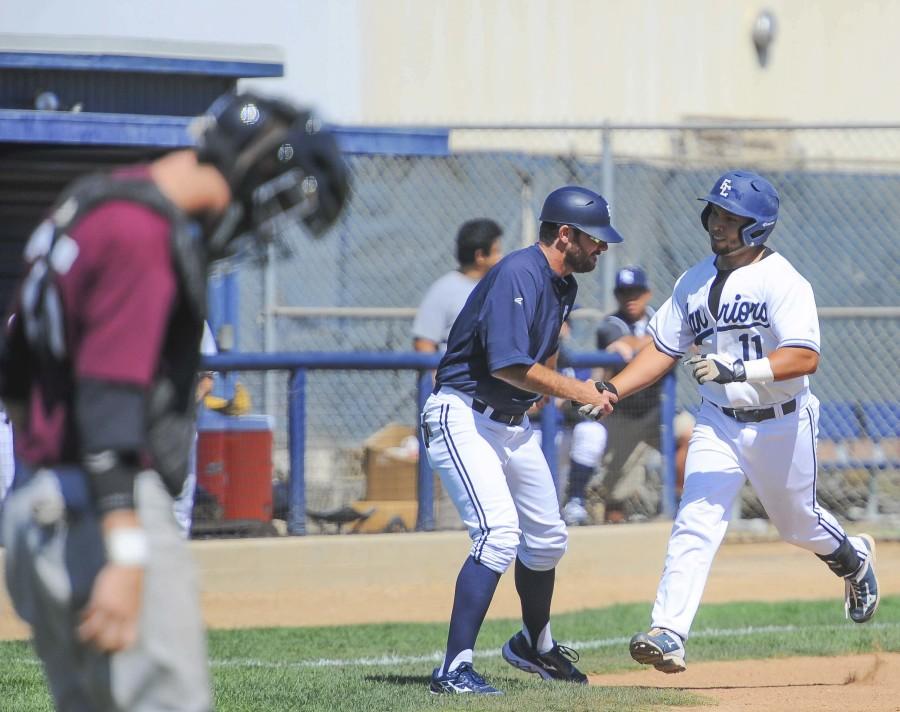 El Camino (EC) came out strong against Antelope Valley with three runs scored in the first and second innings.

The first runs were scored when sophomore left-fielder Alex Turner made it on a fielder’s choice. Then sophomore second baseman Joseph Cortez scored on a sacrifice fly, and freshman first baseman Jake Sahagian scored on an RBI single.

The EC baseball team hosted the Antelope Valley Marauders Monday in the first of two-game series, defeating them in a major 14-3 victory.

The Warriors followed the strong first inning with an even bigger second inning, when sophomore right-fielder Jonathan Pasillas hit a three-run home run that gave his team an early 6-0 lead over the Marauders.

Pasillas felt that “once (EC) were up by six runs,” the game really turned towards his team’s favor.

After a few scoreless innings, EC came out and had their biggest inning in the bottom of the sixth, where they recorded six runs against the Marauders. The Warriors really capitalized on the three errors made by the opposing team in the inning which got runners on base and in scoring position.

The Warriors continued their hot streak in the bottom of the eighth inning with two more runs. Sophomore shortstop Fred Smith hit a double to bring in Pasillas for the score, and freshman designated hitter Angel Mora hit a sacrifice fly that brought in sophomore catcher Joey Notch for the late 14-0 lead.

The Warriors came close to shutting the Marauders out completely, but just couldn’t quite accomplish that. EC conceded three runs in the top of the ninth inning after the Marauders recorded three hits and two walks. But the Warriors shut down their hope of a comeback as they closed the inning to seal their 14-3 victory.

“We were really good overall,” Fernley explained. “We played good defense and threw strikes. Overall, it was really a pretty complete game.”

The pitching staff for the Warriors was solid all day against the Marauders, sophomore pitcher Dalton Erb earned his fourth win of the season after he pitched six innings that consisted of no runs, two hits, and seven strikeouts. Erb was relieved by freshman Mounce and sophomore Nick Buska, who only allowed a combined four hits and three runs to close the game.

Sophomore Pasillas described how his team not only “followed the game plan” and “executed” against Antelope Valley, but that his team did well to “start strong,” as well as just “coming out and having fun.”

The Warriors’ record improves to 16-10, with their conference record improving to 5-7. They look to continue their two-game win streak as they travel to Antelope Valley Wednesday April 1.