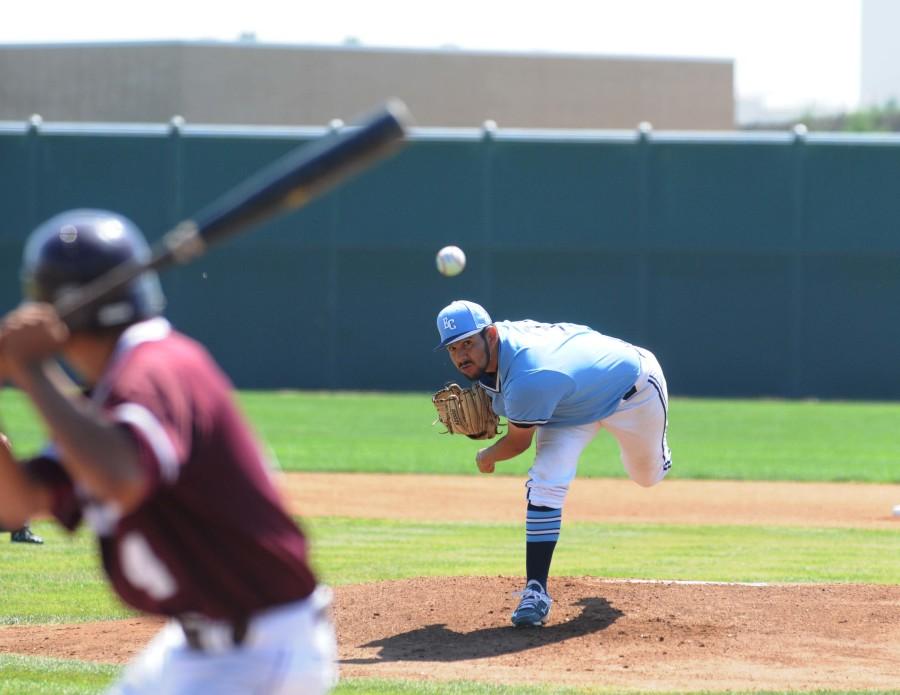 Warriors Ulices Moreno pitches to Mt. SAC in the first inning on Saturday March 28. The Warriors defeated the Mounties 6-1 on Saturday in the three part series. Photo credit: John Fordiani

The El Camino baseball team hosted Mt. San Antonio on Saturday for the final game in the three-game series, defeating them 6-1, according to CCCAA Stats.

However, the Warriors shut out the Mounties for five more innings, scored three runs in the bottom of the seventh inning, and sealed their 6-1 victory.

The pitching staff for EC was solid all day. Sophomore Ulices Moreno only allowed five hits, one run, and one walk in the eight innings he pitched. He also threw five strikeouts against the Mounties.

The Warriors also had a strong day at the plate, and recorded seven hits against Mounties pitcher Michael Starns. The biggest hitter on the day for EC was second baseman Joseph Cortez, who got three hits out of four at-bats.