Left-fielder stands out for Warriors baseball 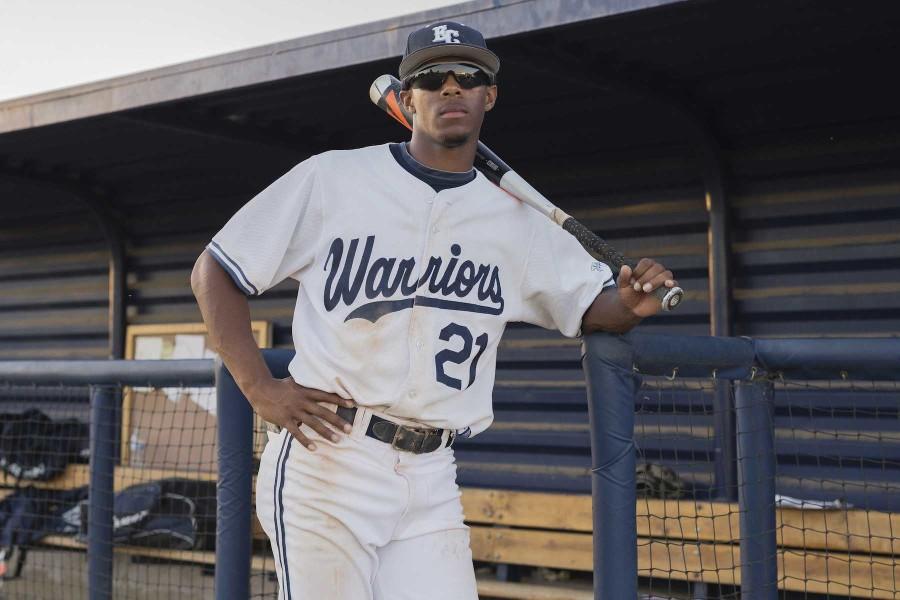 Sophomore outfielder Alex Turner has been an outstanding player for the Warriors this season, with a team-leading .400 batting average and is 10th overall in stolen bases among all of California Community College baseball teams. Turner is on many professional baseball talent scouts' watchlists.

It’s a close game, his team is leading by one in the bottom of the fifth inning. Two of his teammates have already got on base, giving him a chance to give his team a bigger score.

Alex Turner steps up to the plate, having already struck out looking and been walked so far against the Tartars. He lifts his bat over his shoulder, swings and hits the ball, sending it to left field for a double to bring in third baseman Ricardo Serrano for the score, helping his team to add another run to their lead.

19-year-old Turner has had lots of practice over the years, starting to play as early as t-ball.

Turner grew up playing all different sports, but baseball was the one that really kept him interested over the years.

Left-fielder Turner showed true potential his freshman year for the Warriors, having recorded 64 hits total and holding a .305 batting average. He also showed he had a lot of talent on the bases, stealing a total of 18 bases his freshman year.

Though his team has had a rocky bunch of games lately, Turner has continued to show his talent in his sophomore year for the Warriors. He has recorded 20 hits so far this season, holding a .415 batting average. He has also recorded 13 stolen bases so far.

Head coach Nate Fernley has noted on multiple occasions that Turner was a player who stood out in games, especially against Imperial Valley and LA Mission. Coach Fernley was one of the key factors in Turner’s decision to come and play for the Warriors.

“I like [playing here] a lot,” Turner explained. “Coach Fern, he came to one of my high school games and talked to me and kind of persuaded me to come here. He seemed like a cool guy, he talked to me on the phone and I thought this was one of the best options for me.”

Turner’s teammate Fred Smith feels that Turner is a great asset to the Warriors.

Turner’s goal is to eventually play professional baseball, he hopes sooner rather than later.

“Eventually one day, or as soon as possible,” Turner said. “But one day, I wish to play professional baseball, hopefully in the big leagues. That’s been my dream since I was a little kid and I enjoy playing baseball.”

While he hopes to get drafted right out of El Camino, he has been talking to Long Beach State about transferring there, and plans to visit there, as well as Cal State Dominguez, Cal State LA, and Cal State Northridge, but his main focus is whatever is the best option for him.

Turner’s hope for a pro team is somewhere in Los Angeles, possibly the Dodgers, so that his family could come and watch his games, but will play for whatever team needs outfielders.