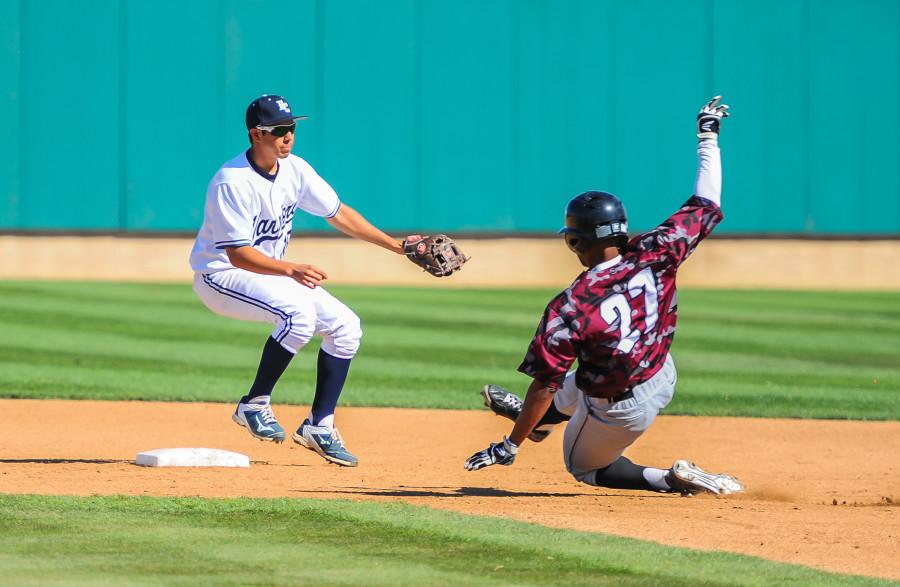 The game started off slowly, going a full three innings before any runs were scored. The Warriors earned the first run of the game in the bottom of the fourth inning when freshman first baseman grounded out to second base, which brought in freshman right-fielder Jonathan Pasillas for the 1-0 lead.

Both teams earned runs for the rest of the game. As both sides scored, the lead was passed back and forth multiple times as the game continued.

Sophomore pitcher Chris Alcala felt this was one of the big turning points in the game.

“There was quite a few times where we took back the lead after losing it,” Alcala explained, “but I would say the first time we did was probably a real turning point.”

Coach Nate Fernley described the back and forth as a sort of “seesaw” effect.

After coming out and taking a 3-0 lead in the sixth and seventh innings, the Warriors conceded five runs over the next two innings that gave the Tartars a late 5-3 lead.

After they they lost the lead in the bottom of the seventh inning, the Tartars reclaimed it with two runs in the top of the eighth inning and led 7-6.

The Warriors had a strong bottom of the eighth inning. They recorded four runs to and led late, 10-7. But, the Tartars rallied back in the top of the ninth inning, and earned three runs that tied it up late in the game.

The Tartars scored one run in the top of the 11th inning to give them the final push for the win.

Warriors sophomore pitcher Alex Navarette said that his team showed a lot of heart against the Tartars.

“We really fought well,” Navarette said. “We really battled back against them.”

The Warriors have had a rough time lately, currently riding a five-game losing streak. Fernley said that one of the biggest things his team needs to work on is their defense.

“We really are not pitching or playing good defense in the clutch, so we need to work on that,” Fernley said.

The Warriors record have now hit .500 at 9-9, and travel to El Camino-Compton Center Saturday March 14 for the final game in the three-game series.