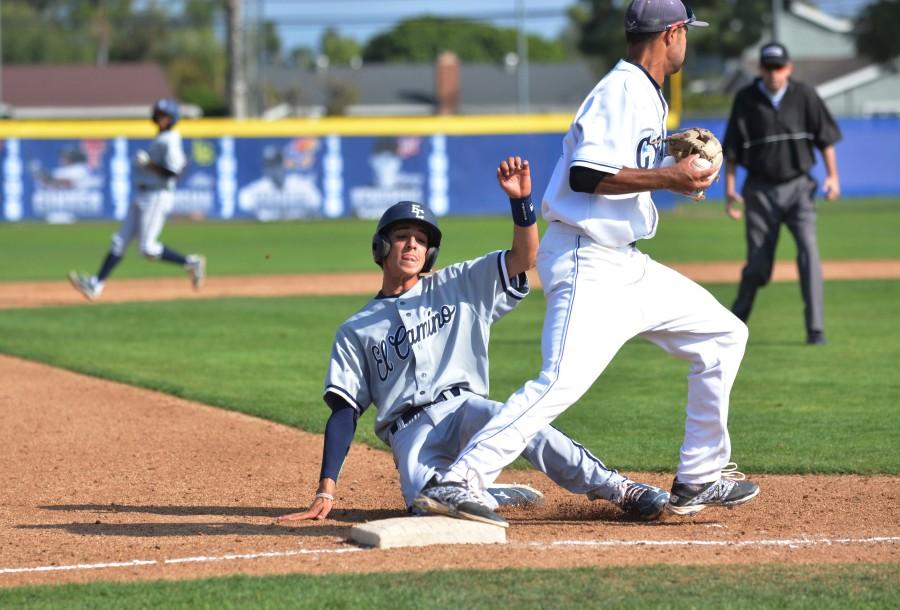 Warriors infielder Tyler Martizia slides into third base just as a Cypress College third baseman catches the ball. The Warriors lost to the Chargers 6-5 on Saturday. Photo credit: John Fordiani

Warriors baseball traveled to Cypress on Saturday, having their six-game win streak snapped in a close 6-5 loss.

After holding the lead for a few more innings, the Warriors conceded two runs in the bottom of the ninth inning, giving Cypress the win.

The next run would come when freshman center-fielder Keyon Allen reached first on an error by the Cypress pitcher, which brought in sophomore catcher Joey Notch for the run.

The third run was earned when sophomore left-fielder Joseph Cortez hit a sacrifice fly to center-field, bringing in Sahagian for the score.

The Warriors now have a 8-3 record, and hope to start a new win streak at Santa Ana Tuesday Feb. 24.