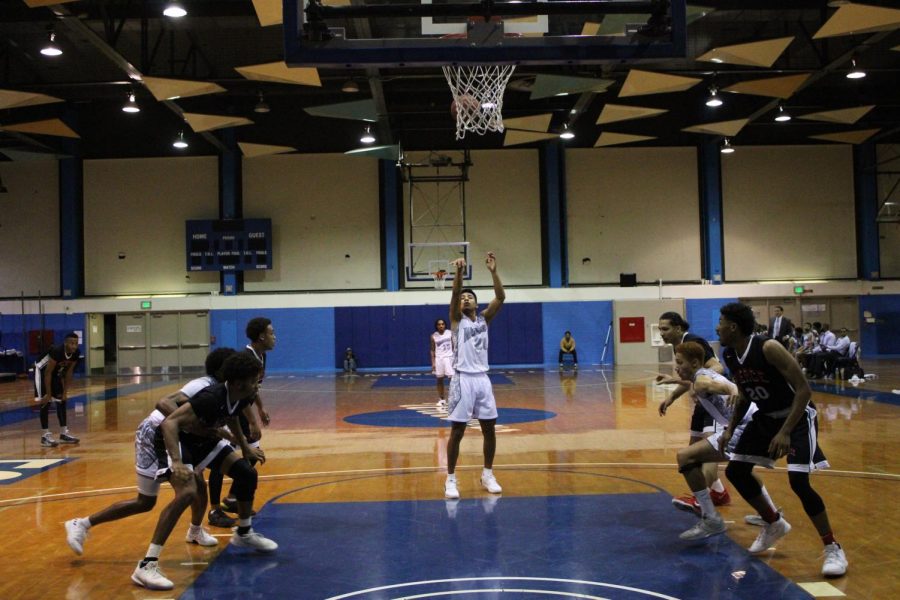 El Camino Warriors' guard Jason Vasquez takes a free throw shot as other players from both teams try to gain position for the rebound during the game against Los Angeles Pierce College on Wednesday, Nov. 6, at ECC's North Gym. Jaime Solis/Special to The Union

As a result of the California Community College Athletic Association (CCCAA) suspending competition for all spring 2020 sports due to coronavirus concerns, countless student-athletes are unsure of what to make of the possibility that they have already played their last official games of the season.

Megan Whipp, a freshman catcher on the softball team, said postponing all sporting events is the best decision that can be made at the moment.

“Even though I’m disappointed that we can’t play right now, I believe that it was a good decision and it will help us stay healthy,” Whipp said.

While the decision was made by the CCCAA in an “abundance of caution,” according to a press release, the decision to suspend spring sports impacts sophomore student-athletes because there is a possibility they will lose one year of playing eligibility.

Kelly Donatucci a sophomore women’s beach volleyball player, said that having all ECC sports postponed was really disappointing because there is a possibility she has played her last game as a Warrior.

“It was very upsetting to know that [the season] may come to an end,” Donatucci said. “If the season is indeed over I think it would only be fair to give spring student athletes another year of eligibility.”

LeValley Pattison, women’s beach volleyball coach, said that it would only be fair that spring student-athletes get their year of eligibility back if seasons are over.

“[I am feeling] overwhelming sadness for every student athlete who has been affected by this decision,” Pattison said. “Hopefully the CCCAA means postponed and not cancelled [and], if things regain balance, we will play [again].”

Julian Diaz, sophomore infielder on the baseball team, said he understands decision makers have difficult choices to make but player eligibility is a big deal.

“It will be hard for [four-year] schools to pick up [sophomore] athletes, especially if they didn’t play a whole season,” Diaz said. “With this time off I will still be hitting and playing catch to stay ready and not get rusty.”

“No one could’ve predicted this and since [COVID-19] has happened exceptions should be made and student athletes shouldn’t have to worry about [losing the year of eligibility],” JaMal Howard, guard on the men’s basketball team, said.

The 2020 CCCAA men’s and women’s basketball championships that were originally slated to begin this weekend have been canceled and will not be rescheduled.

“Athletes play the sport they love to win and win the championship at the end of the season,” Howard said. “[For a team] to get to this point and have it taken away and not rescheduled is a bummer.”

Playing at the state championship could have been the last opportunity for sophomore women’s and men’s basketball players looking to make a good impression on talent evaluators from universities.

“Not to mention the coaches that would be watching or in attendance [at] the game to help my recruitment process wouldn’t be able to see me play at the highest-stake game of the season,” Howard said.

A men’s and women’s basketball state champion will not be named and will be listed as “Not Determined” in the record book.

“I believe it is the right decision not to name a state champion because the games can’t be played to protect the players,” Howard said.

The 2020 CCCAA convention has also been cancelled and refunds to registrants will take at least four to six weeks.