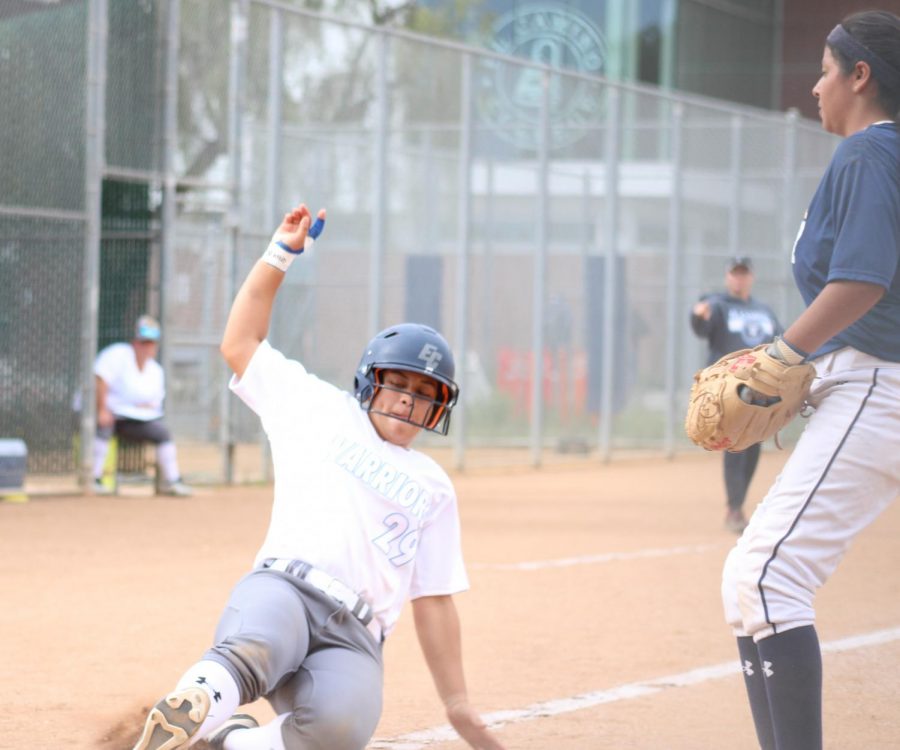 The Warriors scored 12 runs in the first two innings as the offense drew a total of 18 walks and stole 21 bases in the team’s 13-0 victory.

“It was a good team win, I love that almost everybody got to go in and compete,” Warriors head coach Jessica Rapoza said. “Everyone got to help us win, so that was a good-feeling game today.”

“I think we did pretty well, seeing that, we didn’t have much time to prepare for this season,” Campbell said. “We have girls that have never played [before] on the team.”

“[Garvey’s] starting to hit her spots,” Rapoza said. “She’s starting to learn that she can take control of batters so she’s doing really good.”

Garvey was also one of the five Warriors to collect a hit in the game.

“My head was in a good spot today,” Garvey said. “We did great today as a team all around,”

LA Harbor’s pitcher Clarissa Melendez is also proud of her progress as she wants to work on pitching better.

“We’re just one of those teams where we’re still learning, developing, so it takes them a while to get going,” Campbell said.

Rapoza said the team will take a day off on Tuesday but will have a hard practice on Wednesday ahead of their next game.

ECC is scheduled to travel to play against Mt. San Antonio College on Thursday, March 12 at 6 p.m.

“The friendships we make here, they’ll last forever,” Garvey said. “We know we have each other’s backs.”