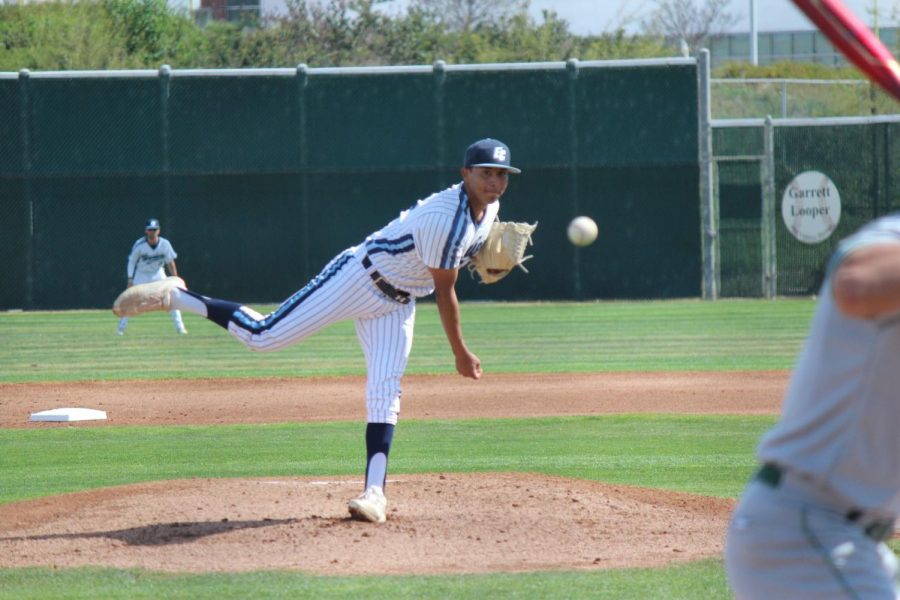 The El Camino College baseball team continued its domination of the South Coast Conference with a comeback victory against the East Los Angeles College (ELAC) Huskies on Monday, March 9 at Warrior Field.

The series between the teams was originally scheduled to begin with the first game on Tuesday, but it was moved to Monday due to the chance of rain in the forecast.

“In the beginning, I just kept missing my spot,” Galicia said.

It took time to get used to playing on short rest due to the game being rescheduled for Monday but he was ready to go, Galicia said.

“When I got down by three in the first inning I wasn’t really too concerned because I knew [the offense] was going to back me up,” Galicia said. I was just waiting for the time to come and sure enough, it did, which helped me get there and finish the whole game.”

Galicia found his rhythm finishing with a complete-game victory striking out ten batters while allowing six hits to improve to 6-1 on the season for the Warriors.

The Huskies (4-16, 1-6) offense got off to a fast start scoring three runs in the first inning but was unable to take advantage and continue to score throughout the rest of the game.

After a slow start offensively, Warriors third baseman Diego Alarcon got the offense started with a one-out blast to left field for a double, scoring the first run for the Warriors.

“It felt a little off [due to the rescheduling],” Alarcon said. “But after that first at-bat I just started seeing the ball well and we put a bunch of good at-bats together to pick up the win.”

Alarcon and freshman left fielder Crixtian Taveras led the Warriors with two hits each while right fielder Chris Villavicencio produced two sacrifice flyouts including the game-winning run in the eighth inning for the Warriors.

“Early on we had to replace nine starters from the team last year so you know trying to find the right pieces and the right order of that with guys getting used to what this type of level of baseball is, it took us a while,” Warriors coach Nate Fernley said.

The Warriors (15-6, 9-1) will look to continue its win streak on the road at ELAC for game two of the three-game series on Thursday at 6 p.m.

“We knew we were talented, but it was really a matter of just settling in and that’s what we’ve done lately and we’re doing a good job,” Fernley said.