ECC softball program to host annual ‘Bark in the Park’ 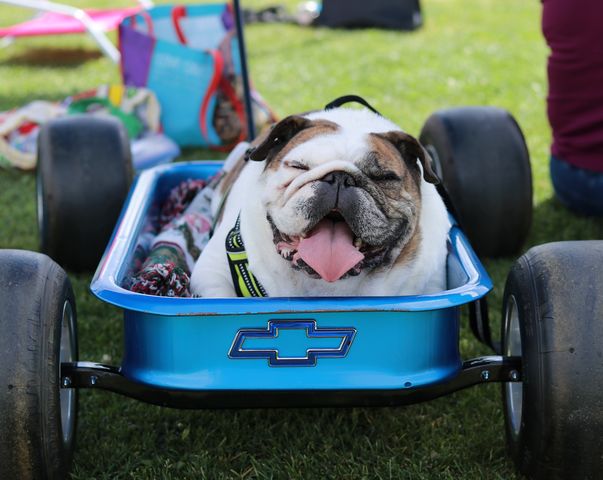 The El Camino College softball team will be hosting the second annual dog rescue event during its weekend tournament on Saturday, March 21 at the ECC softball field.

‘Bark in the Park’ will take place on the other side of the centerfield fence where they will be selling hot dogs, candy, water, soda and raffle tickets with a chance to win dog supplies.

“I’m a major [dog] rescue person [and] I know there are dogs in the world being put to sleep every single day,” Warriors equipment attendant Patricia Miller said. “There are so many loving dogs that are looking for homes.”

The event was inspired by the love the entire softball program has for dogs as they raised $500 for dog rescue at last year’s event, Miller said.

“[We thought] let’s have a game where people can bring their dogs and any money we raise selling hot dogs an support a [dog] rescue,” Miller said. “It’s about the team, the coaches and not about the rescue but about the love for dogs.”

Warriors head coach Jessica Rapoza has a dog with a disability that could of possibly been put to rest but its getting love at ECC, Miller said.

“Blind and it doesn’t matter the dog is still having a great full life [and] just the smiles [the event has] brought to everybody has been amazing,” Miller said.

The Warriors next home game is on Tuesday, March 10 against Los Angeles Harbor College at 3 p.m.