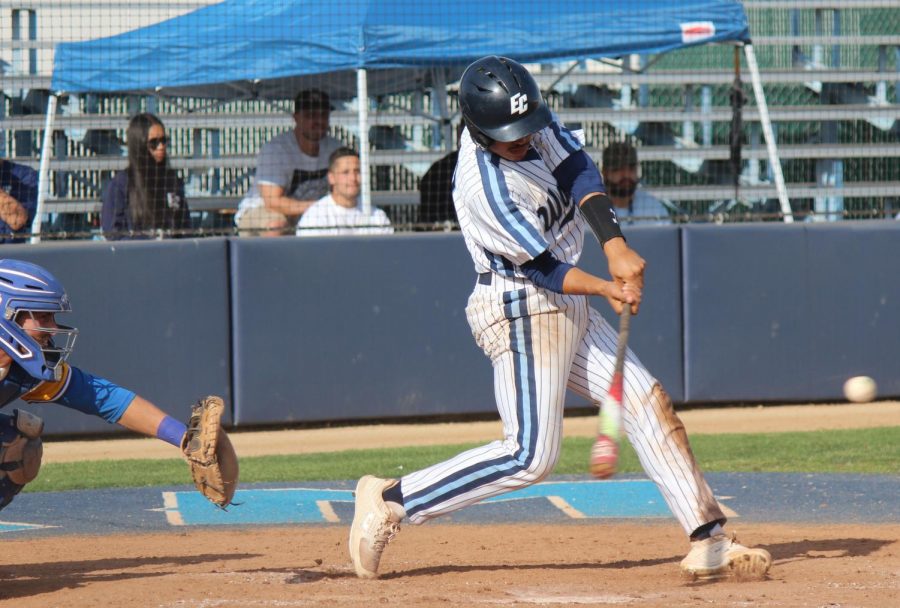 The El Camino College baseball team was trailing 4-1 when the offense erupted for six runs in the fourth inning against Los Angeles Harbor College on Thursday, March 5 at Warrior Field.

Two batters later, Warriors second baseman Julian Diaz hit a double to bring around Feist and give ECC the 5-4 lead as they never looked back.

“It’s a tough lineup and guys aren’t going to want to have to pitch to us,” Warriors head coach Nate Fernley said.

Warriors starting pitcher Julian Aguiar bounced back after giving up a few early runs and finished the game going 6.1 innings, allowing eight hits, five runs but only three earned while striking out seven to earn his fourth win of the season.

“I thought he was a little unlucky [but] he did a really good job settling in and allowing us to get our traction,” Fernley said.

The Warriors won 10-6 while seven of the nine players in ECC’s starting lineup collected two or more hits in the game.

Warriors pitcher Kyle Hatai picked up the save going 2.2 innings, allowing a run while striking out four batters.

“We’re figuring [the bullpen out], last year it was automatic with Spencer Long [you] felt like the game was over,” Fernley said. ” It’s going to be a bullpen by committee while we figure this out but they’ve done a good job.”