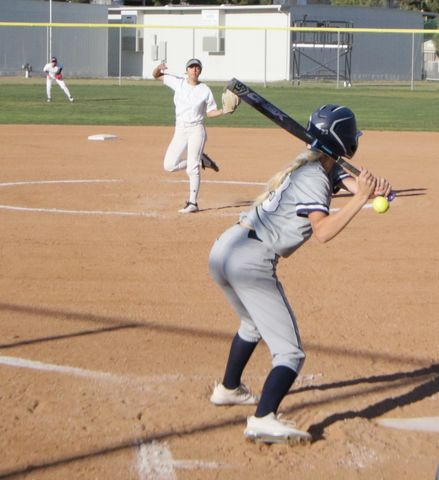 El Camino College softball team’s offense provided early run support while on its way to a conference win over Cerritos College on Tuesday, March 3 at the ECC softball field.

Warriors pitcher Elizabeth Cortez earned her seventh win on the season as she pitched five scoreless innings before allowing two runs in the sixth.

ECC Pitcher Elizabeth Cortez said, It felt good pitching a shutout through five and ultimately winning the game against a good Cerritos team.

Warriors catcher Marissa Garza went three-for-three at the plate with one run batted in (RBI) while ECC first baseman Ria Cardreon went two-for-three in an RBI.

“We have the competitive drive in us wanting to go to state propelled us to the win.” Garza said, ” Every game we come pumped out to play and we had that game in mind [and] in the back of our heads.”

The Warriors host Chaffey College in its next game on Thursday, March 5 at the ECC softball field at 3 p.m.

“Cerritos is a really good team so we know they are in every game no matter if they are up or down but to stay in the moment,” Warriors head coach Jessica Rapoza said.