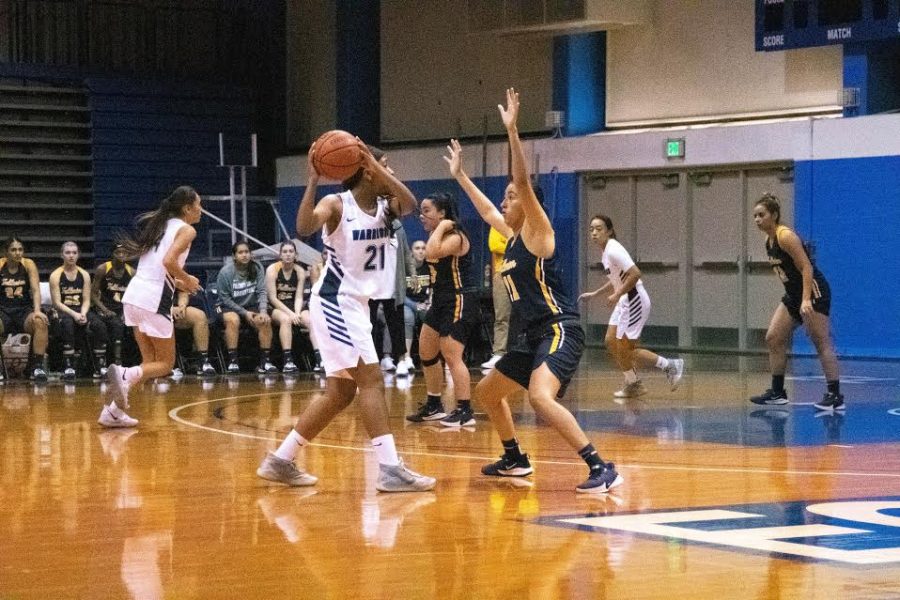 El Camino College women’s basketball guard Alexia Mason looks to pass the ball to an open teammate during a match against Fullerton College on Friday, Nov. 8, in the North Gym. Mason had 12 points and 10 rebounds in the 63-47 loss. Rosemary Montalvo/The Union

The El Camino College women’s basketball team is participating in the Cypress College Tournament, a three day event from Friday, Dec. 6 through 8.

This year, Cypress College will take on Compton College in the 36th annual Lady Charger Classic.

After a rough start to their season and losing their last three games, the Warriors’ ultimate goal is winning the South Coast Conference.

“For us we want to stay with our focus of trying to get better every game,” Shaw said. “We’re gonna have a chance to play some really good competition which is how you’re gonna become the best team you can be.”

Who: El Camino vs Grossmont College