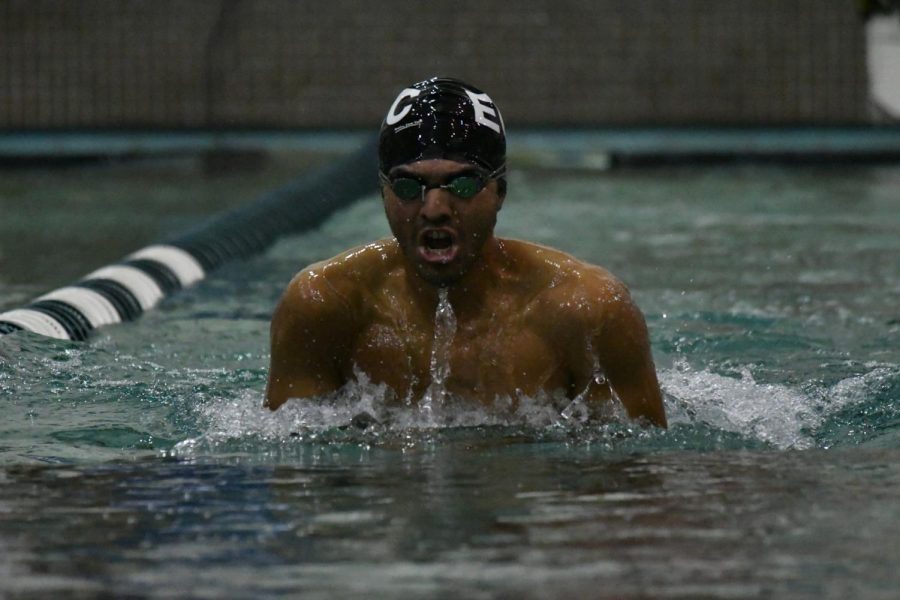 In the women’s 400 yard freestyle relay, a Warriors swimmer committed a false start violation and the team was disqualified from the event. This was the only event the Warriors would not have an officially recorded time for.

Due still finished the 400 yard freestyle relay with a single lap time of 27.47 and a total time of 57.06, establishing herself as one of the fastest swimmers at the meet.

Due competed in three individual events and one relay, setting new school and pool records.

“I’m trying to get the (1000 yard) school record and pool record, and then the two-fly school record,” Due said. “I practice 10 times a week, and I try to get through every set but it’s mostly mental.”

For the Warriors men’s team, Jaouhar, an international student from Tunisia, North Africa, was the standout swimmer.

“I’ll be thinking about my parents,” Jaouhar said. “I’m here for a reason. I need to work hard. I did everything I can and I’m just gonna put it all in there.”

For the men’s 200 yard medley relay, Jaouhar and Warriors teammate Nate Griffith combined for the first place time of 1:48.81.

“I really think I did well after I swam the thousand and the hundred backstroke,” Jaouhar said. “That’s the one that really got all of my energy.”