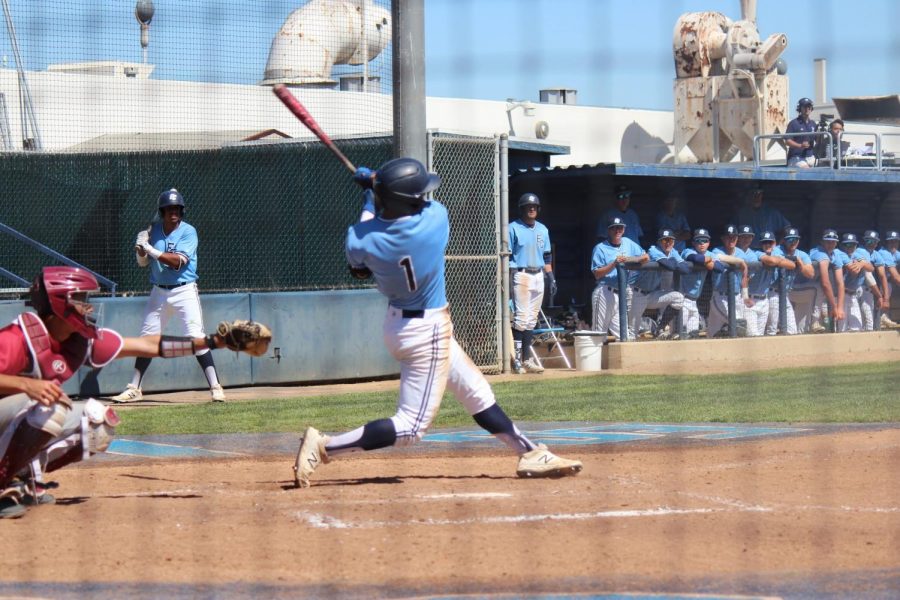 El Camino’s offense surged behind a strong outing from starting pitcher Aaron Orozco as the Warriors baseball team got a decisive 17-4 victory against Pasadena City College at Warrior Field on Saturday, March 16.

Warriors bats spotted starting pitcher Aaron Orozco an early 5-0 lead after the second inning. That proved to be all he needed.

“[Early run support] helped big time,” Orozco said. “When you have two or three runs up on the board and them having zero, it just helps you dial in your pitches.”

Orozco allowed four hits, four walks, and an earned run in six innings of work while striking out nine on his way to his fifth win, moving him to 5-1 on the season.

“In big times he really bore down and made some good pitches,” Warriors coach Nate Fernley said. “He was great, he battled all game and he’s been wonderful all season.”

Through the first three innings Orozco did not allow a hit to the Lancers and racked up seven of his nine strikeouts.

“[Establishing the fastball] allowed me to get ahead in every at-bat, it allowed me to control the count and be dominant,” Orozco said.

Orozco also had a hit in three at-bats with an RBI at the plate.

Every player in the starting lineup for the Warriors had a hit. Fernley said he hopes the numbers his offense put up are a sign of things to come.

“Once you start hitting like that, hopefully it does get contagious,” Fernley said. “I don’t think we’ve necessarily hit as well as we think we can so yeah, hopefully we think a game like this jump-starts us for sure.”

Pasadena City College committed two errors behind starting pitcher Patrick Pena who could not make it out of the second inning. He allowed five runs on four walks as well as two hits.

Julian Diaz tossed a scoreless inning for the Warriors before he was relieved for Ian Brady. Brady threw the last two innings, striking out four Lancer batters.

El Camino collected their sixth straight conference win after dropping their first two, and improved to a record of 18-3 (6-2 in conference).

The Pasadena City Lancers fell to a 12-7 record on the season (4-4 in conference).

The Warriors hit the road for their next game on Tuesday, March 19 as they visit Cerritos College for game one of a three-game conference series.