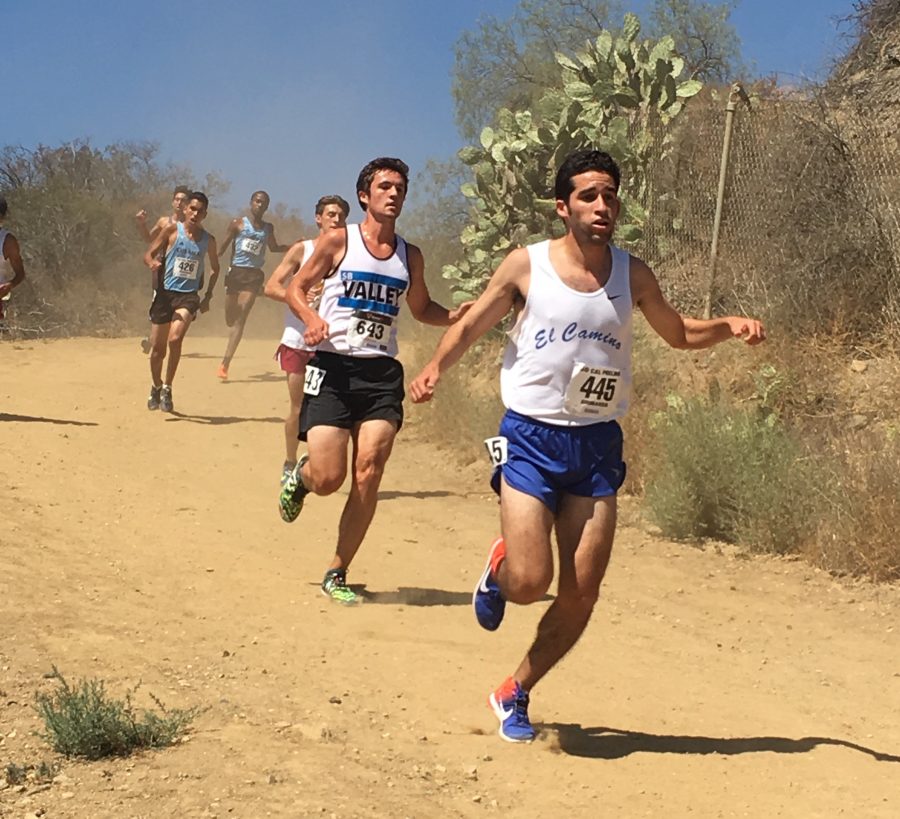 In what coach Dean Lofgren called a “huge” day, El Camino’s men’s and women’s cross-country teams got a chance to compete against all of Southern California in Friday’s Brubaker Invitational.

The competition was stiff, the Warriors faced off with every team in Southern California, as the Brubaker Invite also served the CCCAA SoCal Preview for the season.

Lofgren said he liked his team coming into this meet, but also pointed out competition including Riverside, Mt. San Antonio and San Bernardino Valley colleges of whom they would have to contend with.

EC sophomore Israel Cardona was the Warriors’ top finisher on the men’s side, placing 21st overall with a 21:29 time in the 4-mile race, according to the final results.

On the women’s side, freshman Brianna Harmon led the Warriors’ pack, finishing 47th with a 21:01 time in the 5k race, according to final results.

Sophomore Victoria Portor followed her by finishing 70th with a 21:40 time; the two were the only runners to crack the top 100, placing the team in 22nd out of 31 teams, according to final results.