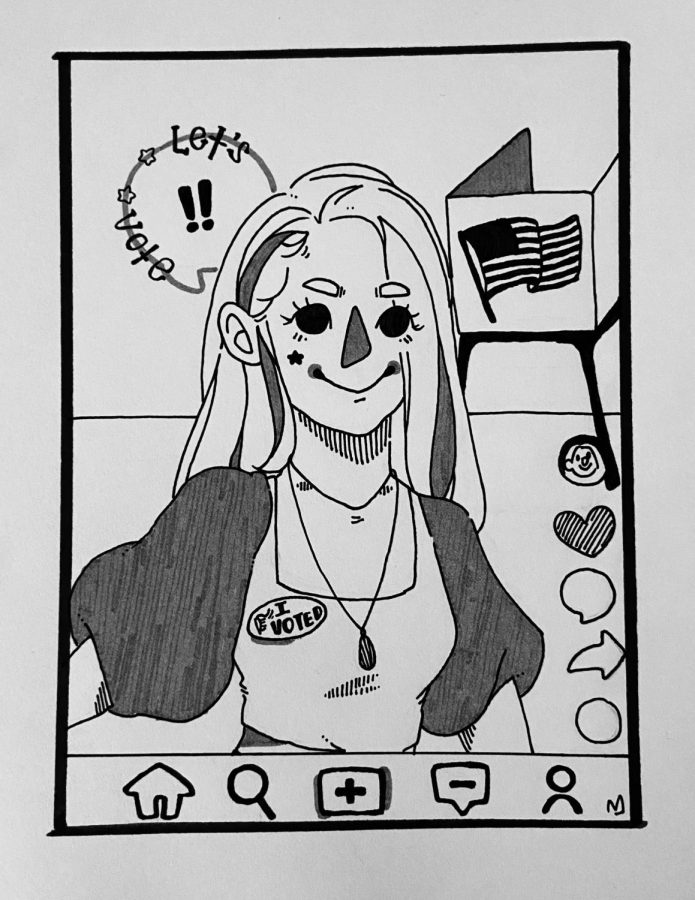 As students across college campuses realize that they want governmental changes leading up to the current presidential election, voices of this generation continue to be misconstrued.

The Union’s editorial board recognizes that sometimes government may not always perform to our standards; however, students should not have any less of a voice. And young people must recognize the responsibility to use that voice to address their concerns by voting during the 2020 presidential election.

Voting, as a task, can seem grueling to students who are voting for the first time or who have not voted at all.

California Community Colleges (CCC) are required “to distribute in consultation with the Secretary of State,” voter information on all college media platforms, according to Assembly Bill 963 (AB-963), the Student Civic and Voter Empowerment Act.

AB-963 requires mass communication and voting initiatives from El Camino College officials and the student body to be sent out to students. And while there has been information about voter registration from ECC. little information has been shared on the long term impact one’s vote can have on the national, state, and local government.

The Associated Students Organization (ASO) has created various voter-friendly posts on social media and educational workshops such as Constitution Day to advocate to fellow students the importance in voting this election.

Despite their efforts, ASO’s festivities for Constitution Day focused on Constitutional education and game prizes instead of an providing perspective on how and why it is so important to exercise those Constitutional rights.

These initiatives for students by the students don’t go unnoticed, however students’ have reported feeling less confident with utilizing their voting powers, which leads to a disinterest in voting altogether.

Recently, social media influencers have played a critical role within the college-age demographic to establish a higher reach of younger voters.

Social media influencer David Dobrik posted on his Instagram account that if people shared, commented, and registered to vote through his collaboration with HeadCount, they’d be entered into a contest to receive a free Tesla.

The “on-trend” initiative for voting promotes registration, but does not clearly define why anyone should vote rather than a prize for doing so.

We understand that voter registration is crucial for the college student level demographic. Still, the election, which may significantly affect the course of history, should also be addressed regarding how our vote matters in the long term.

Voting in this election is crucial to the needs of students and young people across our country, state, and city. Efforts for voting this year, specifically from students, should be highlighted as a new opportunity to initiate change within our government.

School initiatives and education serve as an insightful stepping stone into the basics of government, voting and voter registration. But ultimately, educating students on how to think critically about their own voting decisions and do transparent research will impact the rest of their lives for the better.

Filling out Census reports is also another way that young and older citizens alike can make sure they are accounted for. Recently, the U.S. Census Bureau extended their Oct. 5 Census deadline to Oct. 31 because of low numbers in self-response for the 2020 Census after a federal court ruling.

For each person reported in California as part of the Census, $10,000 is given towards federal funding and dramatically impacts schools, health services and other programs.

Thus, filling in and submitting the Census is essential in making sure that every citizen can be accounted and provided for. Additionally, the Census cannot be used by Immigration and Customs Enforcement (ICE) to locate people who came to the United States illegally, so filling it out is safe for every person living in the U.S.

The Editorial Board commends the youth of America and fellow college students’ effort alike for being an active voice in discussing tragedy and injustice nationwide that remains bleak within the walls of our political system.

But, by casting a well-informed in-person or mail-in vote this election can directly impact the decisions being made about American lives. As students and young people, we are responsible for making these decisions ourselves in an informed way.

A vote this election from students shows elected officials what is needed, expected and wanted from the government by the American youth.

And while a decision between President Donald Trump and former Vice President Joe Biden is important, it carries a fraction of the impact of a vote on local issues such as ballot measures or propositions which directly impact our communities in a huge way.

To make real changes in our communities and nation, we must prioritize voter education and voter participation with ballot measures, propositions and local leadership.