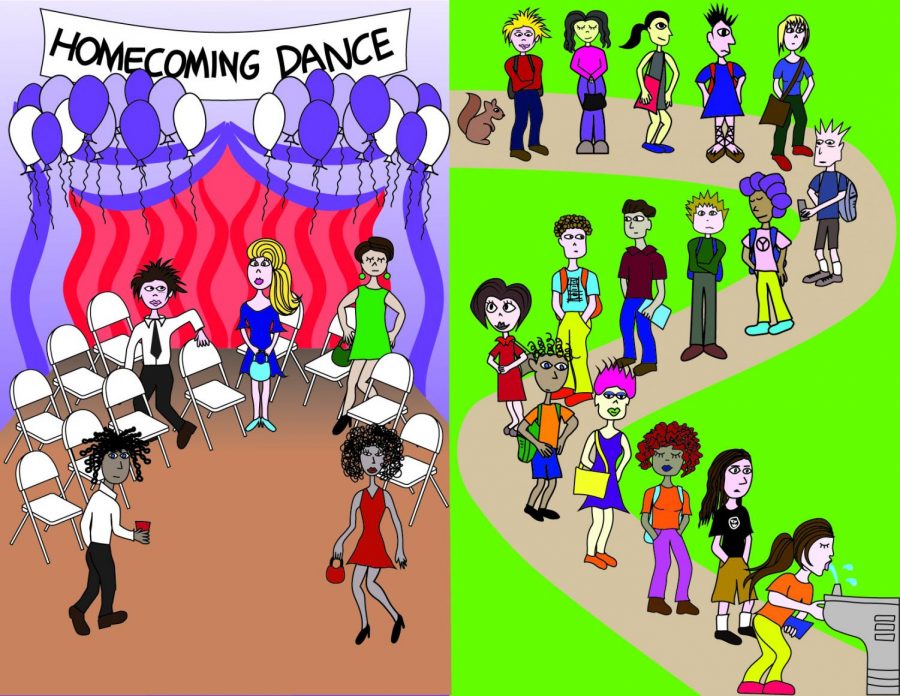 Luciane Gasperis/Special to the Union

Editor’s Note: Funds allocated toward homecoming will cover the dance and spirit week.

In three weeks, El Camino College students will have the opportunity to attend the homecoming dance. Some students might attend but most will not.

Details regarding time and location of the annual event as well as how to buy tickets have not yet been confirmed.

What has been confirmed is the $4,500 budget the Inter-Club Council (ICC) has allotted for an event that a majority of ECC students do not know about.

The Union recently polled 228 ECC students, discovering that only 14% of students polled knew of the homecoming dance. That meant 86% of our sample size did not know about the annual event, an exorbitant one that supposedly brings the student population together.

But let’s give the ICC the benefit of the doubt. Maybe the council hasn’t begun publicizing the dance, or maybe they are still figuring out the nitty-gritty details.

Regardless, $4,500 should be used in useful ways. Water refill stations can be placed at more locations around campus. The Warrior Pantry can use more donations to serve students facing basic needs insecurity. ECC could use more food options with the Peet’s Coffee set to close down in December due to construction.

Very commonly, we hear talking points from student officials who say they are championing students’ wants and needs by making them a priority.

Yet, money is being funneled and spent on general activities that do not resonate with the more than 24,000 students that attend ECC. An event does not have to resonate with the entire ECC student demographic, however, for general events that do not have much more of an importance other than tradition, like the homecoming dance, officials need to decide whether the money they have is directly helping a sizable student population.

Furthermore, students kept in the loop of these events very commonly exclude the average ECC student. According to an article published by The Union this week, attendance at the last homecoming dance in 2018 went up from the previous year, which is a good thing.

However, the number still represented a tiny fraction of the ECC student population.

In 2018, ECC had enrollment of more than 24,000 students. The 2018 Homecoming Dance had an attendance of approximately 250 students, a mere 1% of ECC’s student population.

Now is the time to ask whether a homecoming dance is serving the greater ECC community. While attendance numbers rising can signal to a better job being done in advertisement, there needs to be oversight regarding ICC and the Associated Students Organization (ASO) expenditure if only 1% of the student population is able to take advantage of an event.

According to The Union, programs funded by ASO, including athletics clubs on campus and even the journalism program that funds The Union, recently suffered a 10% cut. This $4,500 could have easily been used to cushion the blow that budget cuts would have on programs.

ICC and ASO officials need to be more mindful of how money is spent to show they care about extracurricular activities like sports and clubs. A homecoming dance does not do that. Listening to students’ concerns and coming up with solutions does.