There are safer ways to give 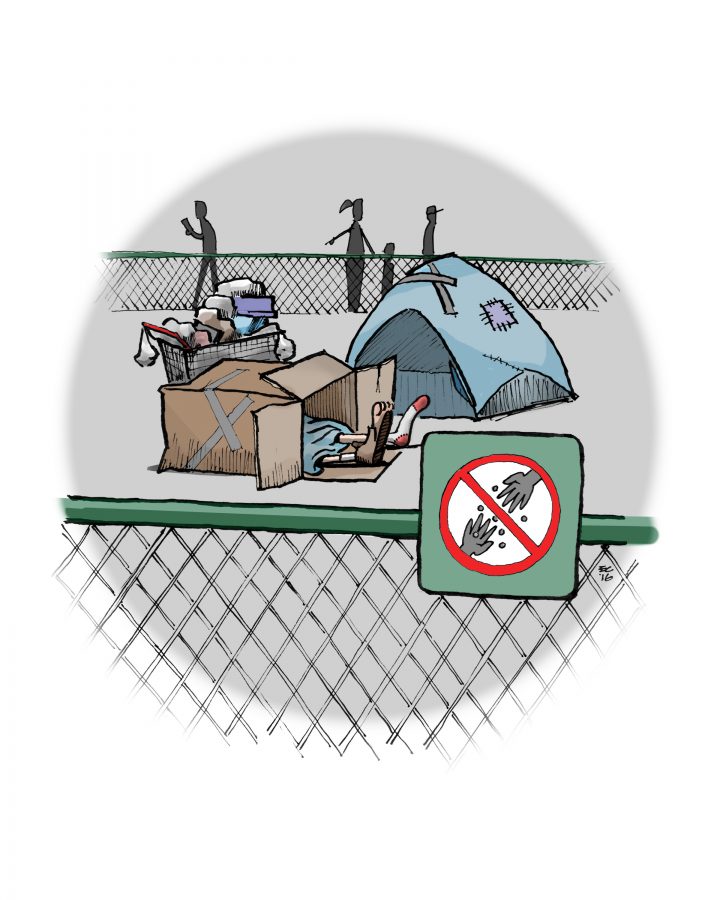 Christmastime is the season for giving.

While we so easily get caught up in what we want from our loved ones, or what to get for them for Christmas, there is a population of people living in Los Angeles whose only wish is to know that they’re going to get their next meal.

Giving back to those in need helps people understand struggle and poverty and often the easiest way to give back is to feed the homeless.

But not so fast. That’s illegal.

The County of Los Angeles Public Health Department requires a health permit to dispense food to the public and while the intention is good, there are risks involved that could inflict potentially hazardous incidents.

In June 2015, nearly 50 people were hospitalized in Utah after eating at a homeless shelter.

In the United States, food-borne diseases have been estimated to cause 6 to 81 million illnesses and up to 9,000 deaths each year, according to the Center for Disease Control.

With 22 percent of the homeless population in America living in California, according to an article in the L.A. Times, there are a lot of vulnerable lives at stake, many of whom probably do not have access to health care in the event of a catastrophe.

Though the law seems harsh and insensitive, it’s actually meant to protect homeless people from a potentially life-threatening illness.

So how does one spread compassion to our less fortunate while following the law and minimizing health risks?

Many people give cash to homeless people. But if you’re leery about what they are actually going to use the cash for, then give out gift cards.

Gift cards can be purchased at almost all food establishments and in various amounts.

And while food poisoning can occur from eating at any establishment, the likelihood is reduced when eating somewhere that has to follow set safety standards.

So instead of giving a dollar or some change to the homeless man standing at the Jack in the Box drive-thru, get him a $10 gift card to make his holiday.