Donald Trump is the man for the job 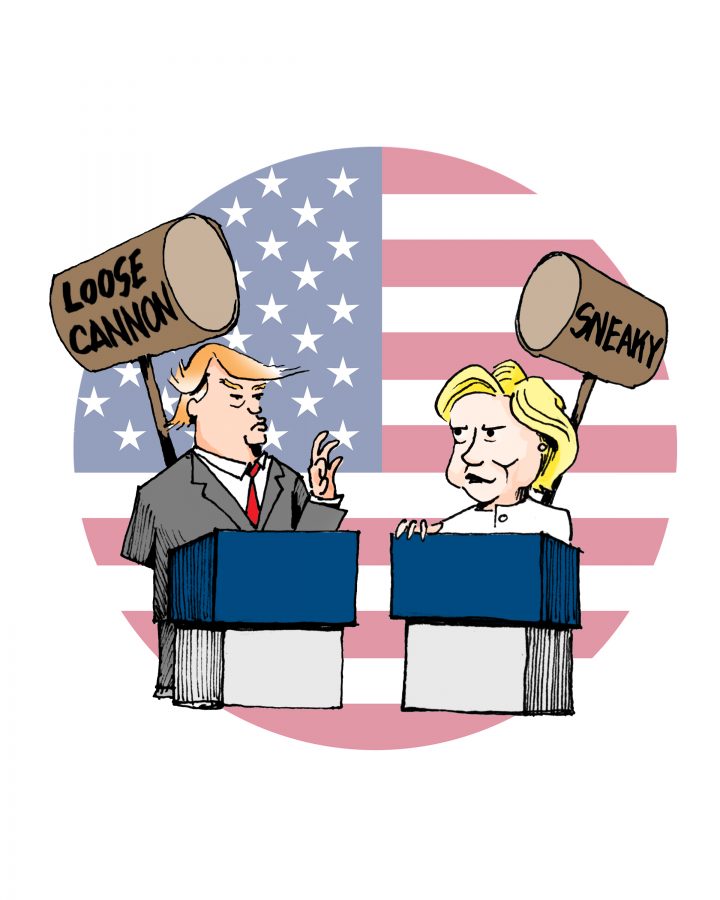 Elections are right around the corner, people are getting ready to decide on who to vote to be America’s next president, Hillary Clinton or Donald Trump?

I believe Donald Trump is the best candidate because America just might need someone like him who is one-of-a-kind.

Donald Trump is a man who can stand on his own two feet. He has built himself an empire and a name for himself before the presidency.

He’s a man who is known for his cunning business skills and the world we live in today is all about business.

“His track record for financial success proves that he knows how to build a successful empire. With the U.S. trillions of dollars in debt, this is the sort of leader that might be able to turn it all around,” according to an article from Todaysinfo.net’s website.

Trump also wants to bring back jobs for the American people and since our population has been growing so fast, providing jobs is important.

Trump wants to build a wall between the U.S. and Mexico but not for the wrong reasons which some may think, but rather for the good of the U.S. He’s protecting his empire from those with bad intentions.

Trump also wants to use his position, if elected commander-in-chief, to improve veteran health care.

“Thousands of veterans have died while waiting for care,” Trump said. will invest in the treatment of “invisible wounds,” an article on the BBCNews website said.

Therefore, Donald Trump is the candidate to choose because if you look behind all the negative attention his plans to make “America Great Again” will be possible.