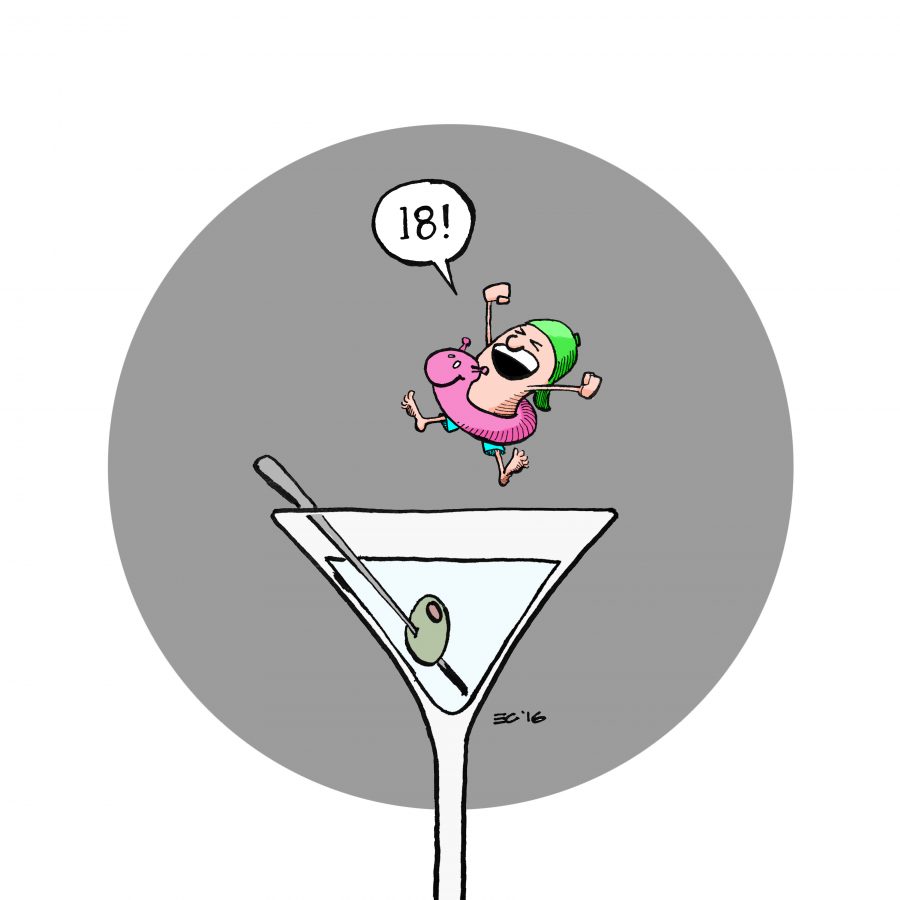 You’re at a party, the music is vibing at an uncontrollable level. You just finished your second semester at El Camino, and it was the hardest one yet.

You hear Kendrick Lamar over the stereo telling you to “Pour Up. DRANK. Sit Down DRANK.”

All you see is everyone drinking at the party. You don’t know how it got there because everyone in the party is under 21.

But you need to make a decision.

Do you grab a drink or wait a couple of years?

Underage drinking is the key to all things bad happening while under the influence of alcohol.

Being 21-year-old is the standard age to have a drink in the United States and honestly I think it should stay that way.

If you’re under 21 waiting ever so patiently to grab your first alcoholic beverage, relax you won’t be missing out on anything.

The limit of having to be 21 years of age to drink or purchase alcohol makes a lot of sense. When you’re 21 years old you have some experience with adulthood and you know what to expect from most situations.

When you’re 18-years-old you’re legally an adult, but most people still view you as a child. You haven’t even fully developed yet.

According to National Institute on Alcohol Abuse and Alcoholism (niaaa.nih.gov) consuming alcohol while under age interferes with brain development. The website statement says that young people’s brain keep developing into their 20’s and alcohol can alter this development, potentially affecting both brain structure and function.

If your brain is still progressively getting better as you get older in your 20’s you’re clearly stunting its growth if you’re drinking alcohol before that time.

The reason why drinking is such an adult thing to do is because it really takes a level of maturity to handle and drink alcohol responsibly.

But there are people who are over the age of 21 who still haven’t even figured that out.

Lowering the drinking age will make it harder for bars to succeed. Men and women sometimes after work go to their local bar and have a few drinks with their buddies.

They discuss work, marriage, and just life in general. They have nothing in common with a place that serves kids practically, and it takes the adultness factor away.

The age limit of 21 assures a little bit of responsibility, which is why everyone uses the term “legal” when discussing the fact of turning 21.