Undisclosed settlement has been reached in sexual misconduct case 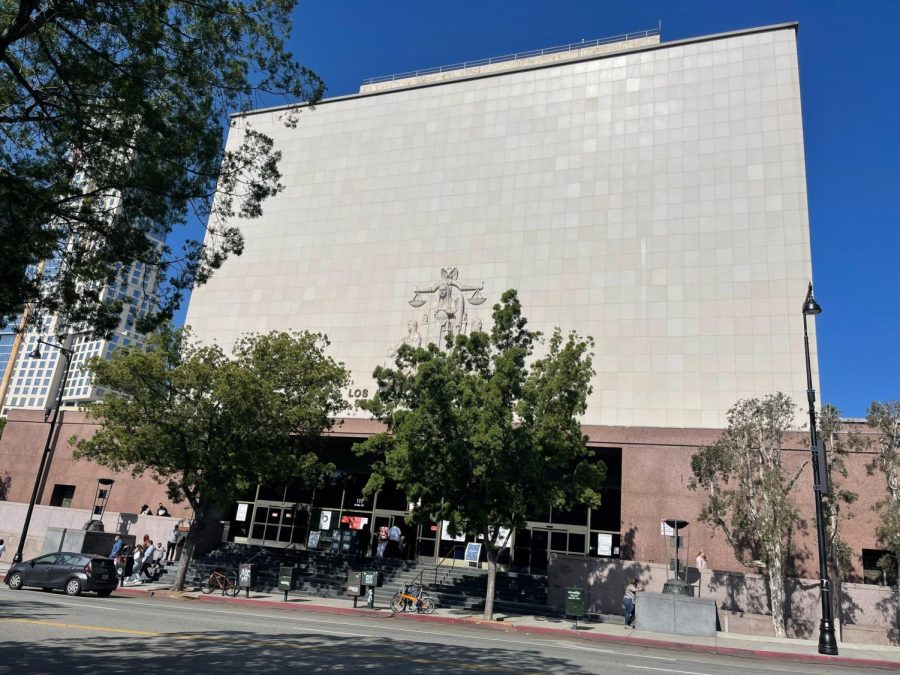 Stanley Mosk Courthouse in downtown Los Angeles on Thursday, March 10 where a hearing was scheduled in Department 40 in the lawsuit filed against El Camino College District, El Camino College's Police Department and Dalfiery Toruno - a former El Camino police sergeant. An undisclosed settlement was reached in the case. Toruno was found to be in violation of District policy when he sent multiple nonconsensual pornographic, racist and homophobic text messages and videos to an 18-year-old ECC police cadet. Kim McGill | The Union.

Maria Navarro, courtroom assistant in Department 40 at Stanley Mosk Courthouse in downtown Los Angeles, said that a settlement had been reached and that details, including damages, were not disclosed and are not a part of the court record.

The court had scheduled the hearing for the morning of Thursday, March 10.

The settlement was also confirmed in a request for dismissal filed with the court by the plaintiff’s attorneys, Robert A. Orozco and Phillip A. Toomey, on Feb. 25, 2022. Superior Court Judge David Sotelo, who presided over the case, granted the dismissal on March 3, 2022.

On Feb. 10, Sotelo rejected an earlier request that the court waive court fees and costs.

The Union uncovered court documents of a civil complaint filed as early as Sept. 11, 2019 with the Superior Court of California, John Doe vs. El Camino Community College, et al. The plaintiff’s name is not a part of the public record in order to protect their identity.

In the original court complaint, Doe said that, “commencing on or about January 26, 2018, and continuing through Jan. 3, 2019, while utilizing employer-issued equipment, Defendant Toruno sent graphic video and text messages to Plaintiff.”

Future investigation by The Union will attempt to determine the details of the settlement.