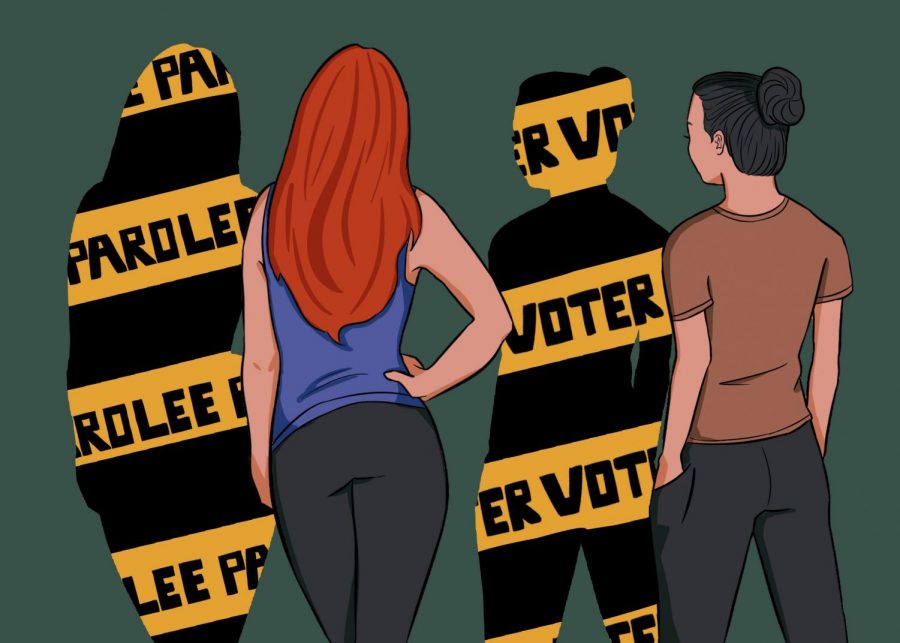 Proposition 17 has maintained a YES vote with 58.6% of votes in favor of passing it, according to the Secretary of State website.

Vilma Fuentes, adjunct FIRST counselor, said formerly incarcerated students now have a chance to use their voices in their communities.

“Voting and having their voices heard at that scale, at that state level, is so important,” she said. “Oftentimes, we dehumanize folks that have made some bad choices, but I really believe that people can change and that they can turn their lives around.”

Before Proposition 17, felons in prison or on parole were not allowed to vote. Currently, there are about 50,000 people on state parole, according to the California Legislative Analyst’s Office (LAO) website.

Ricardo Gonzalez, program coordinator for FIRST, said that his students have served their time and should have access to their rights. He helped inform his students with conversations and resources for the election.

“We gave them a lot of resources to kind of research on Prop 17 and for them to vote,” he said. “A lot of our students were just flabbergasted that during their paroles, they didn’t have this right.”

Gonzalez said that the FIRST program focuses heavily on the “thrive” and “success” part of their mission to support formerly incarcerated students.

“I think there’s real empowerment and a moment of triumph,” he said.

The Union previously reported that opponents said parole in California holds felons accountable for “serious and violent” crimes, and the Proposition will allow felons to have equal grounds as their victims.

Fuentes said that restoring voting rights is a step toward greater societal change and acceptance of those who are formerly incarcerated.

“This is the beginning of destigmatizing incarceration,” she said. “With this proposition, I think conversations can be made, and there can be more empathy and more grace when hearing folks’ story.”

Isabel Gonzalez, FIRST success coach, said that although formerly incarcerated individuals, like herself, have done their time and should have a chance at life again, many face challenges when returning to society, such as obtaining jobs or low-income housing.

“There are so many opportunities that can be taken away when you’ve already paid for your crime,” she said.

She said that those formerly incarcerated, who feel the odds are stacked against them, will often return to old habits.

“To take the right to vote away from somebody that has already paid for their crime, they’re trying to reestablish their life, I think it’s very crucial, there’s so much holding the person back that it creates recidivism,” Isabel Gonzalez said.

She said that the passing of Proposition 17 is a step towards making formerly incarcerated students feel they have a chance in society.

“Everyone deserves a second chance. [Just] because you did something in your past, you made a mistake, it shouldn’t be held against you the rest of your life,” she said.

Isabel Gonzalez is passionate about helping her students through her own past experiences as a formerly incarcerated woman.

“Society kept on saying, ‘I can’t do this, I can’t do that,’ because of my past,” she said. “Now, the fact that people are getting opportunities, it’s beautiful. You’re not restricting the person, you’re showing them humanity, you’re showing them that the past does not define them, and they’re able to move on with their lives and make a change and give back towards society.”