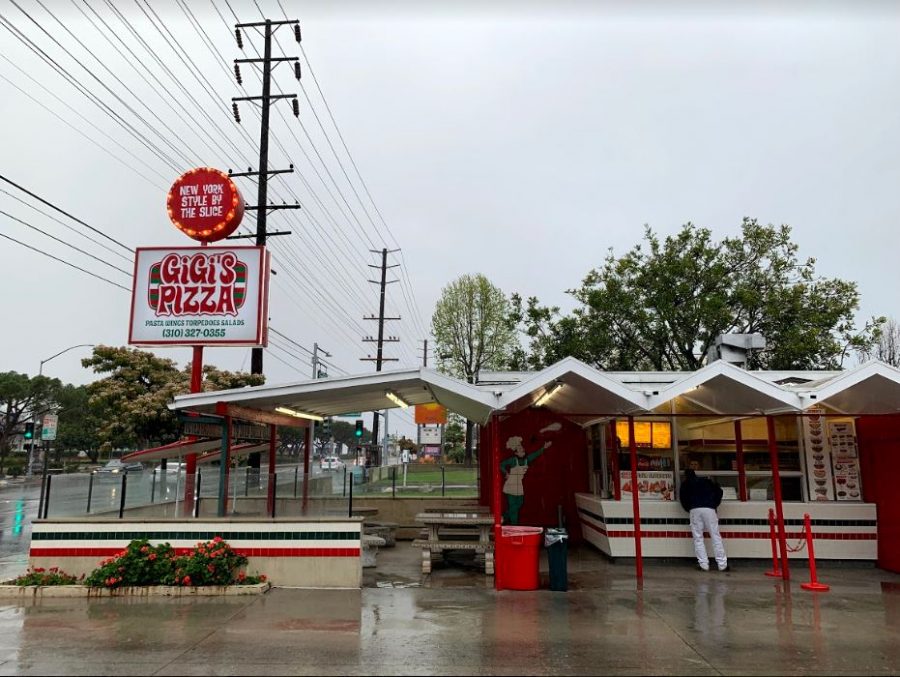 GiGi's Pizza is located across the street from El Camino College. The popular pizza stop has seen a decline in revenue, as have other businesses in the area, ever since in-person lectures moved online due to coronavirus concerns.

By Stephanie Choi and Jorian Palos

“Devastating is probably a good word,” Bob Gilewski, owner of Gigi’s Pizza located across the street from ECC, told The Union. “[Gigi’s Pizza] depends a lot on the students during the week.”

Other local restaurants including Wasabi Sushiya and Golden Bowl also depend on ECC students and faculty to keep business going throughout the week.

But since lecture classes have been moved online and will remain so until the end of the spring semester, businesses including Golden Bowl have suffered a decline, Jesse Yoo, part-time owner of the teriyaki chicken and beef joint, told The Union.

Golden Bowl’s busiest time of the year is during the fall and spring semester. The popular food stop has seen its sales drop by nearly 35 to 40%, Yoo said.

“There’s nothing much we can do and we can’t force people to come, but we’re still making business,” Yoo said.

City of Los Angeles Mayor Eric Garcetti announced Sunday, March 15, the closure of all bars and mandated restaurants to only allow takeout and delivery until the end of the month in an effort to combat the spread of COVID-19. Surrounding cities, including Torrance, have instated similar emergency regulations.

Despite taking extra precautions against COVID-19 or the novel coronavirus including social distancing and reducing open hours, Rachel Hardie, manager of Wasabi Sushiya, said business around the area continues to decline.

“Business is terrible, but we have to follow the government and Health Department regulations,” Jennifer Yu, part-owner of Wasabi Sushiya said.

In addition to local businesses being affected, corporate chains such as Starbucks, which has a location near ECC, has also felt the impact of students staying home.

“So much of our business is dependent on El Camino College students,” Andrea Kilkuts, Starbucks store manager told The Union. “We have seen a decrease in sales.”

Starbucks has also issued a policy that temporarily closed seating areas in accordance to Garcetti’s recent announcement, but will continue to offer its services to the public.

“We will continue to stay open and serve the community of Torrance,” Kilkuts said. “COVID-19 is a day-by-day sometimes hour-by-hour situation. So it is really hard to predict what is going to happen in a day, week or a month.”

During this time, businesses including Gigi’s Pizza are turning to their long-time customers to make it through.

“In our case, pizza is also a dinner food, so we have a lot of loyal customers coming for the last 35 years,” Gilewski said.

Gilewski added that he is concerned for his employees who need the income for basic necessities, such as housing, food and transportation.

“We need to run the business to generate the capital for the employees to work, so I think it’s going to be give or take between myself as the owner and employees in trying to find that balance,” Gilewski said. “But I have a feeling that I’m going to take the brunt of it.”