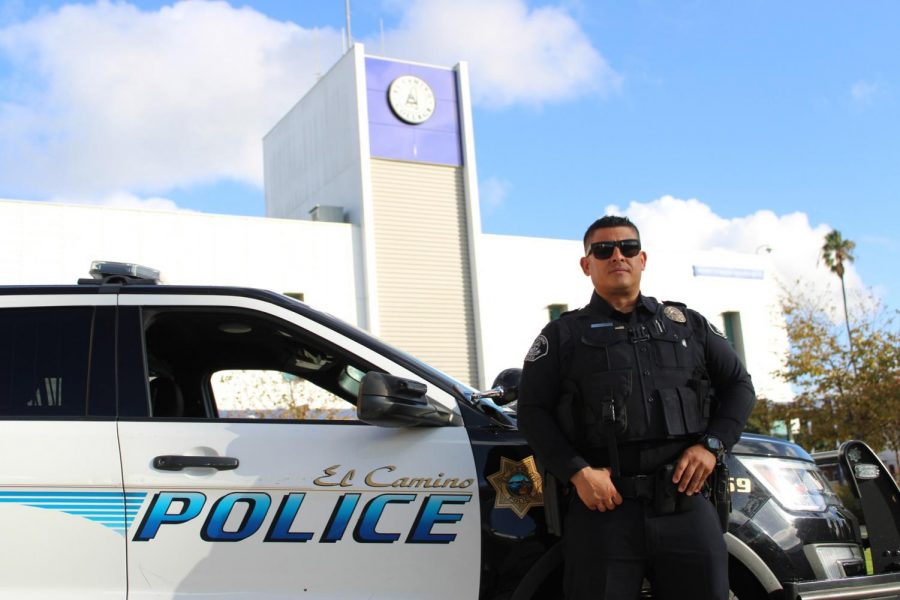 While nearly 30% of college students report that they don’t have any safety concerns on campus, another 70% say they worry about a variety of safety-related situations, like excessive drinking, walking alone on campus, theft and more, according to College Statistics Organization.

Most colleges publish annual safety reports that detail specific occurrences and trends for the previous year.

According to the safety reports, in most cases crimes on college campuses aren’t committed by students or faculty. Instead, many instances are initiated by a visitor or nonstudent who are on the college’s property.

However, El Camino College has a more on-campus crime than the other five community colleges listed, according to the Clery Act.

The Clery Act is a consumer protection law that aims to provide transparency around campus crime policies and statistics.

None of these colleges have reported any cases of murder/non-negligent manslaughter or incest on campus in the past three years.

The El Camino College Police Department (ECCPD) reported 54 on-campus criminal offenses between 2015 to 2018, however, SMC reported 29 criminal offenses which is 46% less, according to the annual crime statistics kept under guidelines of the Clery Act.

“During 2018 [the police department was] at full staffing and added additional cameras to [the] security system,” Santa Monica College Police Department (SMCPD) Chief Johnnie Adams said. “Now [we] have over 1,200 cameras on campus.”

Despite this, ECC Vice President of Student Services Ross Miyashiro said that El Camino has a safe campus and that SMC has a larger number of cameras because they have more than one campus.

“You have to take shuttles in-between parts of their campus [because] they have a lot more different parts of the campus,” Miyashiro said. “It’s not like us. We’re just one space. So they need a lot more cameras just to keep track of their disjointed space.”

ECC’s campus has 300 cameras, 75% less than SMC. There are plans to put in more cameras as the campus starts to build new buildings or remodel old ones, ECCPD Chief Michael Trevis said.

SMC also has 29,760 students, 18% more than ECC which has 24,349 according to the California Community College Chancelor’s Office (CCCCO).

Trevis said that ECC is located in a very urban area near Alondra Park where a lot of homeless people live, which may contribute to some of these crimes that ECC has experienced.

“It’s because it’s non-students that are coming here at night,” Trevis said. “There are restaurants and motels and bars in the area but I am happy to report that [the crimes are] not [from] our students.”

Riverside City College has the same problem with the area around campus. RCC had 44 on-campus criminal offenses, which is 20% lower than ECC over the past three years.

ECC also has a high number of drug abuse violations at 50 instances compared to the other five colleges combined. That is more than CC, SMC, PCC and LACC have together are 24 which is 52% higher.

ECC also has 50 drug abuse violation instances on record which is 52% higher than all five other colleges combined at 24 cases.

None of the violations were from ECC’s students but the ECCPD must report all of them, Trevis said.

“Sometimes homeless people [are] here [on campus] at two or three in the morning,” Trevis said. “Our officers stop them. [Sometimes], we find drugs or maybe a knife or something that they’ve got on them. So we wind up arresting them because it’s against the law to have drug [or] knifes on a college campus.”

In 2018, drug abuse violations on the ECC campus decreased, according to ECC’s Annual Crime Report.

ECC provides information on drug and alcohol treatment through courses and educational workshops, according to ECC’s Clery Act.

“We do provide training for people,” Trevis said. “We set up our tables when we have events on campus and we’re providing information to the students, faculty, staff [and] visitors.”

Some of the crimes, like stalking, are usually considered relationships, Travis said.

“An ex-boyfriend was following a student to school, that’s considered staking,” Trevis said. “Another one, a former student was in love with a teacher and he was following her around.”

Despite the statistics of crimes at ECC, many students still feel safe on campus.

“I think it’s a really safe and nice place, the campus is good,” ECC student Monica Bernardino said. “It seems like the campus police doing a good job.”

ECCPD headquarters is located at 16007 South Crenshaw Blvd. in Parking Lot K and is open 24 hours.

In an emergency, dial 911 or locate a “Code Blue” emergency phone, located around ECC’s campus.

Editor’s note: Corrections were made to the photo cutline on Thursday, Dec. 5 at 1:55 p.m.