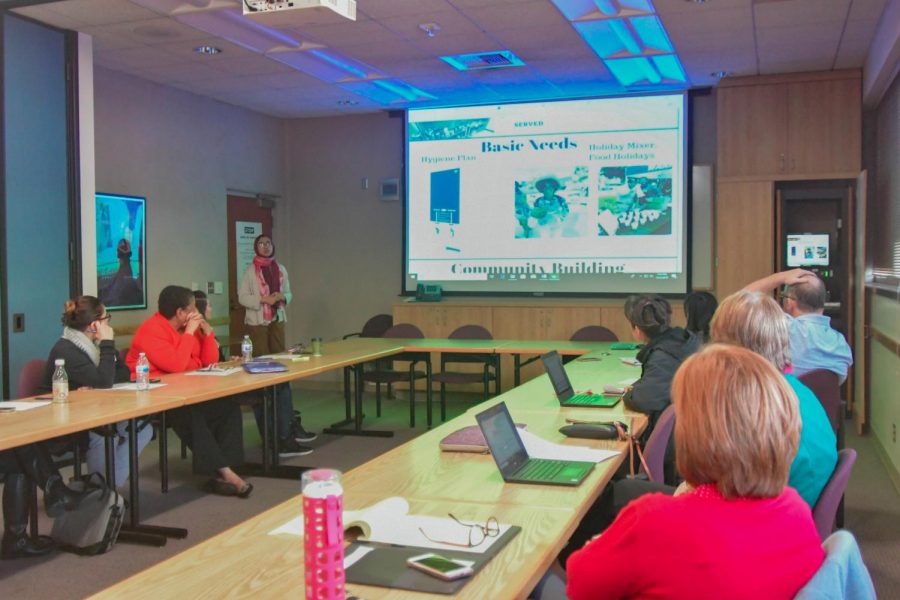 A new initiative by El Camino College’s student government to install feminine hygiene dispensers in the Warrior Food Pantry was presented during the latest College Council meeting on Monday, Dec. 2.

President of the Associated Students Organization (ASO) at ECC, Urwa Kainat, presented the College Council with updates on ASO’s goals and accomplishments for the fall semester along with future plans.

One of ASO’s main concerns for this semester was dealing with students’ basic needs and will continue to be a concern they work toward in following semesters, Kainat said during the meeting.

The initiative to install feminine hygiene dispensers stems from the need to provide ECC students with the same access that they have to condoms to menstrual care products, Kainat said.

“[Condoms] are openly passed out to students on the Library Lawn through the Health Center,” Kainat said. “But we never see pads or tampons being passed out.”

Women are subject to a tax called the “pink tax” which is imposed on female products ranging from razors to dry cleaning that, on average, cost 13% more than male products, according to a 2015 New York City study.

“There’s something called the “pink tax” which is, basically a tax that goes on feminine hygiene products and that doesn’t apply to condoms,” Kainat said.

More specifically, there is what people refer to as the “tampon tax” in California and 34 other states in the United States, a term used to point out that menstrual products are taxed as luxury items and cost women $150 million per year, according to Period Equity, the nation’s first organization to fight for law and policy in regards to menstrual equity.

The hygiene plan set forth by ASO would provide female students with access to free tampons and sanitary napkins via a feminine hygiene dispenser in the Warrior Food Pantry, Kainat said.

“We want it somewhere that people can easily find and go to—so that’s why we chose Warrior [Food] Pantry,” Kainat said.

The Warrior Food Pantry was an initiative started by ASO in October of 2017, that has served over 4,000 ECC students this semester, Kainat said.

“With us working together, it’ll bring a lot more outreach and promotion to it and that way people are going to know that they have that access and then seeing the need for it and seeing what to do from there,” Kainat said.

ECC student, Allison Peña, 19, praised the efforts being made by ASO to provide feminine hygiene products through Warrior Food Pantry.

Anh Thai, 20, an ECC student who said she has dealt with the misfortune of not having menstrual products handy and not knowing if she could access any around campus thinks it’s important for female students to have the option of getting free menstrual products.

“There are times where my time of the month comes unexpectedly and I just don’t have [menstrual products] on hand and I’m left wondering what to do,” business administration major Thai said. “There should be more options available.”

An ASO committee plans on developing this “hygiene plan” over winter break, but do not have a set date for the installation of the hygiene dispenser and have yet to confirm their budget for this project, Kainat said.

“You should pass [menstrual products] out for women, for their health care — which is something that is by nature,” Kainat said. “It falls under our basic need goals.”