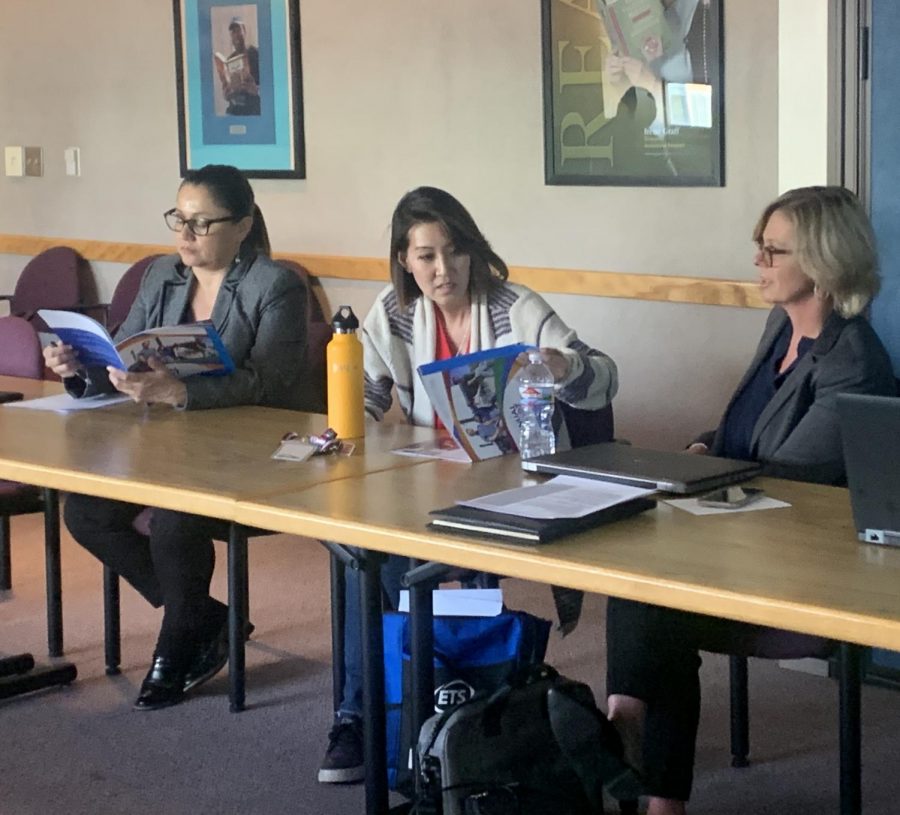 Council Council members review material handed out at a meeting on Monday, Nov. 18. The council unanimously approved a amendments to a policy that would make El Camino College compliant with regulations issued by the California Community Colleges Chancellor’s Office. Diamond Brown/The Union

The College Council reached a unanimous decision to change how course units are calculated in order to be compliant with the California Code of Regulations during a meeting Monday, Nov. 18, an official said.

The California Community Colleges Chancellor’s Office (CCCCO) requires that one course unit is equal to one classroom hour in accordance to Title 5 § 55002.5. It also allows credit unit increments of less than one, so if a school decides to account for credit unit increments, it has to be added in its policy, Vice President Academic Affairs Jean Shankweiler said.

ECC is currently not in compliance with the policy from the Chancellor’s Office. Amending Board Policy 4020 (BP 4020) and Administrative Procedure 4020 (AP 4020) is how ECC is trying to change that.

“Most classes are in line with the Chancellor’s Office policy but some are not and we’re trying to make it right,” Shankweiler said.

Hence, ECC officials have now created a policy that would reduce the half credit unit (.5) to a third of a credit unit (.33) and would allow ECC to offer one- or two-hour labs instead of the normal three hours, providing some flexibility in faculty member’s course scheduling, Shankweiler said.

If approved by the Board of Trustees, it will be ECC’s new local policy, which would allow professors to decide if they want to have less than a traditional three hour lab and credit the classes in fractional units.

The College Council’s goal is to get the policy on the Board of Trustees agenda in December, so that ECC will be in compliance before January for auditing, Shankweiler added.

The Accrediting Commission for Community and Junior Colleges (ACCJC), which accredits public and private institutions in Hawaii and California, will begin its auditing process of El Camino in 2020, Confidential Representative and College Council note taker Rose Mahowald said.

“One of our goals here at the College Council is to always review the policies and procedures on a regular basis [to make sure it’s updated],” Mahowald said.

In previous administrative meetings, some faculty members felt that the Chancellor’s Office requirements were very restrictive, so the amended policy adds some room in the way class is structured, Shankweiler said during the meeting.

“I can’t say how it [the amended policy] will affect the professors,” Shankewiler said. “Some will be okay with it and some may not.”

This is a developing story. Please check back later receive updated information.