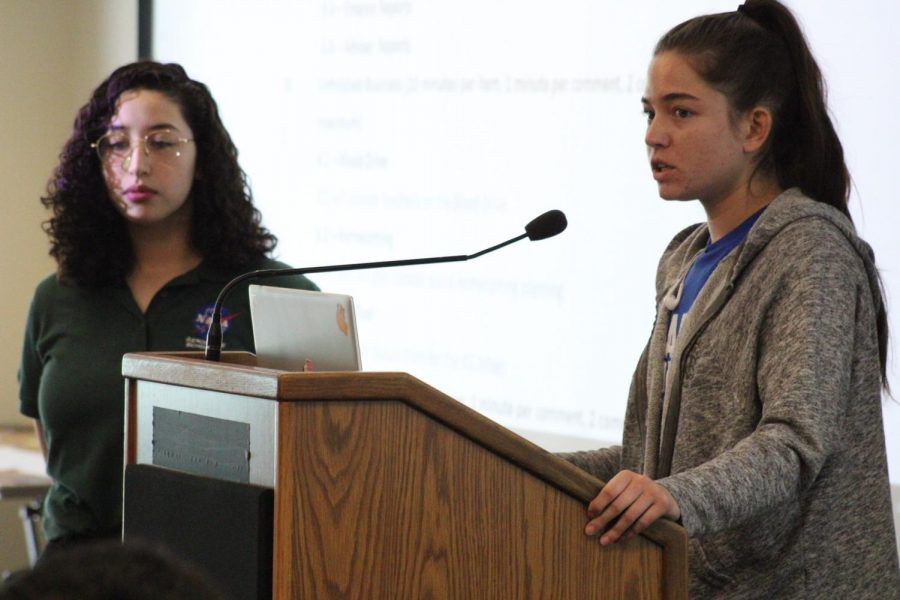 The Inter-Club Council does not have a budget prepared for the annual El Camino College homecoming dance, an event that is three weeks away, officials said.

At an Inter-Club Council (ICC) meeting on Monday, Oct. 28, ICC President Alyssa Eckley asked ICC members, composed of representatives of clubs on campus, whether they wanted a homecoming dance following an editorial published by The Union that criticized the allocation of $4,500 for homecoming activities.

“We are still looking for the student body’s ideas. We’re looking for their opinions, whether they want a dance or not,” Director of Finance Xingbo Zhao told The Union.

For the homecoming week and dance to be possible, the ICC needs to decide whether ECC will have its annual dance this year and put together a budget by Thursday, Oct. 31, detailing how the $4,500 allocated toward homecoming expenses will be spent, Eckley told The Union.

“We can always improve,” Eckley said. “It is cutting it a little close and we do have to start planning things ahead of time.”

Eckley said the ICC cabinet also needs to determine whether ECC students even want a homecoming dance as well as figure out how to go about gauging their desire for one, which also needs to be discussed by ICC cabinet members.

“We’d have to find a way to, within the time constraint, figure out what the general public wants,” Eckley said. “We’d have to ultimately decide whether or not we’re going to have a dance. I know some people suggested changing the title or including a food drive in the homecoming dance.”

Eckley said it has been difficult planning for the homecoming week’s activities due to the relocation of the ICC office from the old Student Services Building to the Manhattan Beach Boulevard Modules (MBBM) as well as planning for other activities including the ICC-sponsored Club Mixer event Wednesday, Oct. 30.

Along with deciding on a budget, the ICC cabinet also needs to still decide on a theme for the homecoming dance and choose a vendor who will supply themed decorations, she said.

Eckley said she is not very confident that the homecoming budget will be finalized by this week’s deadline.

“A lot of our cabinet is suggesting not having a homecoming dance possibly because of the deadline, but they do have their reasons and they think the money can be allocated differently,” Eckley added.

During the meeting, Psychology Club President Ikaika Napohaku voiced concern regarding homecoming dance attendance and the amount of money that is left unspent.

Eckley addressed Napohaku’s concerns by explaining that the homecoming dance was attended by 325 people last year and that the ICC does not intend to spend all $4,500 in the homecoming account on the dance.

She added that any money that is left over will either go toward future ICC events or future club-related expenses.