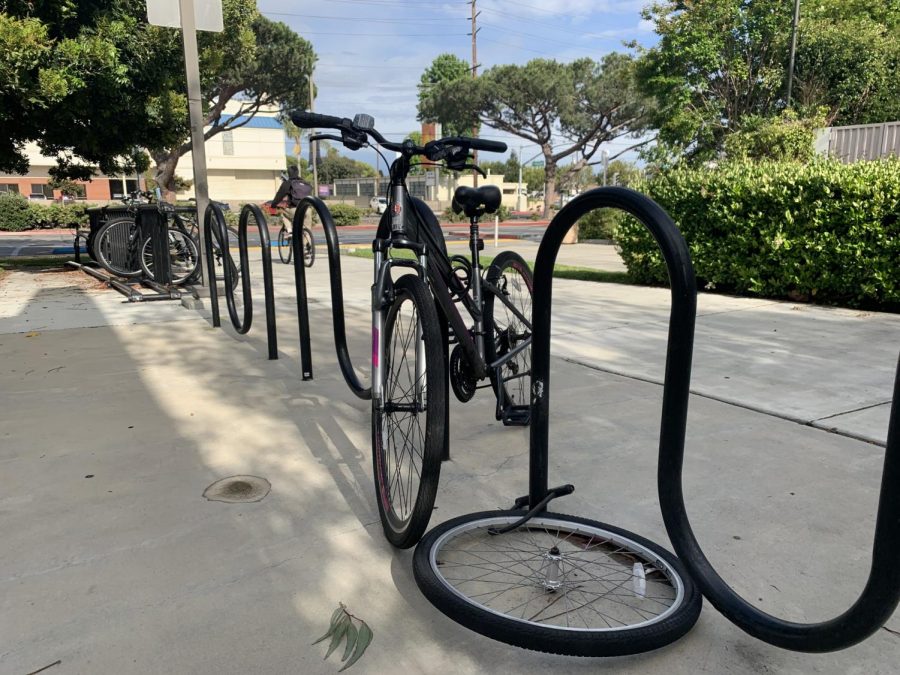 A bicycle wheel lays flat while still locked to an El Camino College bike rack near the Humanities Building on Wednesday, May 22. Bike thefts at EC have increased over the last two weeks. Photo credit: Fernando Haro

Three of the seven bikes were stolen near between the Bookstore and Parking Lot C on Manhattan Boulevard, Esqueda said.

Esqueda said security cameras captured footage of a suspect coming from Manhattan Boulevard, walking diagonally across the lower level of Parking Lot C and proceeding toward the bike racks.

“Typically, the ones that seem to be getting stolen are bicycles that are secured with like a thin cable or thin chain lock,” Esqueda said. “It doesn’t take a very large tool to cut through those.”

Although stealing bikes is a misdemeanor, Esqueda said, the EC Police Department is launching a criminal investigation into the thefts after a victim was desirous of prosecution.

Esqueda said he urges community members to secure their bikes with better locks, such as U-shaped locks, that can’t be broken by wire cutters.