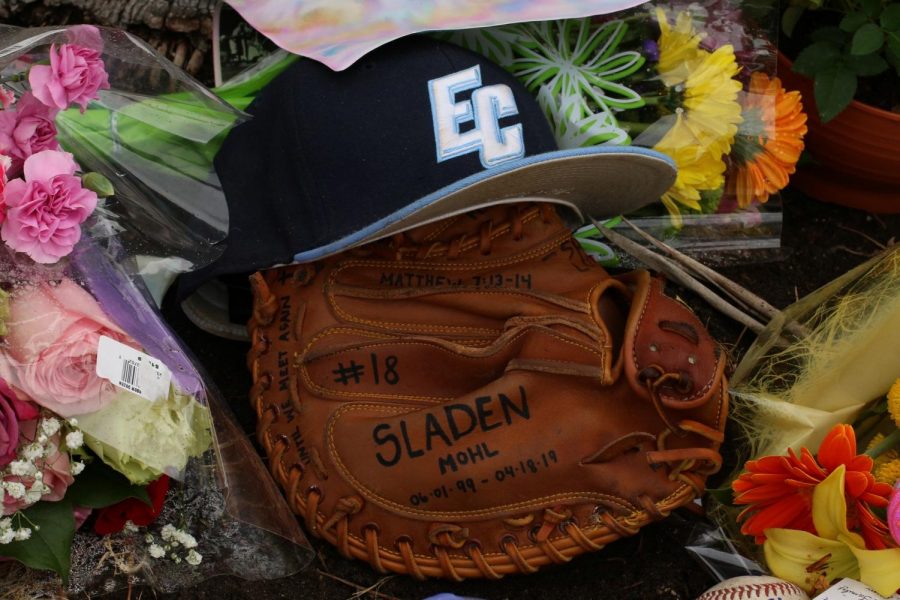 Raymond Graham thought back to when his grandmother died while talking about how his roommate Sladen Mohl had always been there for him.

It happened late March when he said he felt a mix of emotions, not knowing what to do or say. He wept and slept late that night. But Sladen stayed up with him.

“He was just the type of kid to uplift others,” Graham said. “Sladen came in there. The whole night he was praying over me. He was holding me.”

Even before then, Graham remembers Mohl as being a focused, religious and driven student-athlete in the middle of his first year at El Camino College. For the 2019 baseball season, Mohl was also the Warriors’ starting catcher.

But that March night, he wanted to make sure Graham felt better and had company, Graham said.

Less than a month later on Thursday, April 18, Mohl’s family, Graham and the Warriors baseball team lost Mohl to an intoxicated 16-year-old female driver traveling 60 miles per hour down Sepulveda Boulevard towards Hawthorne Boulevard in a Toyota Highlander, according to a Torrance Police Department (TPD) press release.

Mohl was waiting to cross the street when the driver ran a red light, drove onto a right-hand curb and hit Mohl, who was standing on a pedestrian island. The driver also crashed into two other vehicles.

Mohl sustained major injuries when Torrance Fire Department personnel reported to the crash site. They attempted to treat him but pronounced him dead on the scene, according to the press release.

Graham remembers feeling disbelief when he woke up to text messages and a phone call the next morning.

The Warriors baseball team got together Friday when head coach Nate Fernley broke the news to his players. They had a morning meal, Graham included and visited a vigil held in memory of Mohl at night.

“By night time, a lot of the guys had kinda gotten a lot of the tears out,” Fernley said. “Getting there at that spot was really just another time to be together, share some stories about him.”

Fernley noted Mohl as being extremely athletic and a well-rounded player, he said. But on and off the field, he made people around him better, he said.

Mohl is from Girdwood, Alaska and graduated from South Anchorage High School in 2017. He attended Lewis-Clark State College, a four-year university in Lewiston Idaho, but transferred to EC for his second year of college after hearing about the Warriors baseball program from a former Warriors catcher.

After seeing the campus, Mohl decided to attend EC right before the fall 2018 semester. Fernley told pitcher Zach Findlay to get in touch with Mohl since he lived closest to him.

Findlay giving Mohl a ride to his first 6 a.m. weight training practice was the beginning of a close friendship, Findlay said.

“We always had good conversations in my car about baseball and just political beliefs and just random things,” Findlay said. “I’ve just been feeling like—why? Why him? Why did this happen to him? It didn’t make sense.”

Ever since they met last August, Findlay and Mohl would spend an upwards of 40 hours a week together, especially during the fall with Monday through Thursday preseason practices.

An integral part of the team

When Mohl stepped onto the field during the season, Findlay said he came through in clutch situations whether at bat or behind the home plate. Since Mohl caught Findlay’s pitches, the two got to work with each other to figure how to pitch better games.

“The movements I remember the most was when he’d catch me,” Findlay said. “I remember coming in and I would pitch to him and I would get out of the inning with no problem, no runs, no hits.”

Looking back, Findlay said he cherishes the times he got to finish games by throwing to Mohl. He said he never thought about it much before but ever since last Thursday, those moments have become more special to him.

“He’s someone I would’ve been friends with for another 30, another 40 years, for the rest of my life,” Findlay added. “Unfortunately, it was cut way too short.”

Also a pitcher on the Warriors baseball team, Joseph Brazil remembers how Mohl’s work ethic was different than anyone else, he said. He recalls seeing Mohl stay back after practice, swinging at the batting cages.

“That’s just how he was because he was so dedicated to this game and he just wanted to win,” Brazil said.

When Brazil and Mohl first met, they connected with their shared interest in fishing. Brazil said Mohl was a big fisher coming from Alaska and the two had talked about one day going fishing together.

“We just got really busy and it never really happened,” Brazil said. “He lives pretty far from me but now I just really regret not getting the chance to do that with him.”

Mohl’s mother Kelly Holter landed in Los Angeles the morning of Saturday, April 21, and got the chance to see her son’s apartment, where he played baseball, inside his locker, the vigil held in memory of him and the Torrance intersection where he passed away, Fernley said.

“Sladen’s mom came from out of town today and was able to see her son was loved,” Fernley said. “Today was a day we could just heal a bit.”

When Holter picked up her son’s belongings from his apartment, Graham noted how distraught he felt.

“No mother should see their son passing away like that,” Graham said. “She was so hurt because she knows her son was a great young man and he’s just out here in California trying to make a way for himself and his family and go to school.”

Graham, who is on the EC football team, is recovering from an injury and recounted crying during a physical rehab session. The facility he attends is near the Torrance intersection Mohl died.

“I was up all last night because I couldn’t sleep,” Graham said. “Him smiling at me has been in my head. I know he’s happy, I know he’s in a better place.”

Lost my roommate last night i just wanna say i love you bro. You in a better place i promise. You always had a smile on your face no matter what was going on. Your family in my prayers. R.I.P Sladen ? pic.twitter.com/yEpXEUWlRD

Fernando Haro contributed to this article.