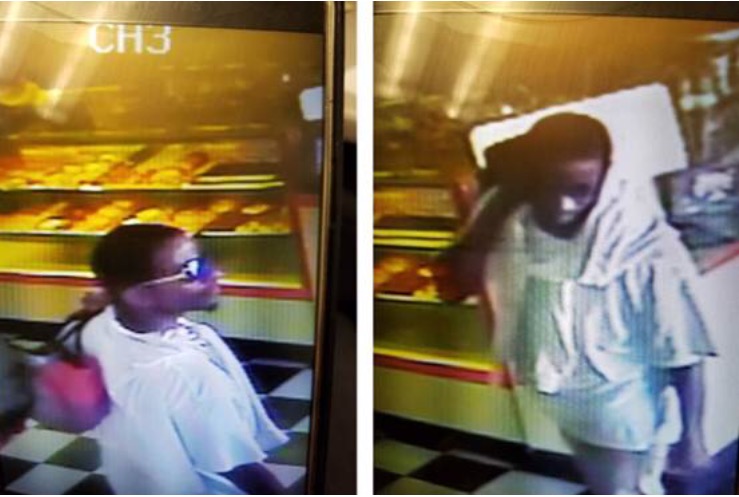 Screenshot of the alleged suspect who robbed an El Camino student at gunpoint on Monday, Oct. 17. El Camino Police and the L.A. County Sheriff's Department are working together to try and apprehend the suspect. Photo credit: Grant Hermanns

By Phil Sidavong and Christina Lyon

Days after a student reported the fourth armed robbery of the semester, the El Camino Police Department sent out a campus advisory with a photo of the alleged suspect attached.

On Monday, Oct. 17 around 2:10 p.m. a student reported that he had been robbed by a tall, thin African-American man, aged 30-40, who used a black semi-automatic gun, carried a welding mask and had a black and red duffel bag.

This is the fourth armed robbery reported this semester, but the first one to occur on campus.

“We will be giving the area (Lot B) extra patrol and we are working with the surrounding police agencies to identify and apprehend the suspect and or suspects,” ECPD Police Chief Michael Trevis said in an email.

The last robbery occurred on Oct. 4 on Manhattan Beach Boulevard and Lemoli Avenue, and no update has been released from ECPD regarding an arrest.

With Lot B located on Manhattan Beach Boulevard and southeast of Lemoli Avenue, the incident took place near the location of all three of the recent robberies.

“They should have more security around here,” Cinderela Moran, 20, cosmetology major, said. “I just know that if I park on this side (of campus), I’ll go (to school) with a friend.”

The community and businesses surrounding EC are expressing concern for the students.

“People should be able to go to school and not worry about these things,” Mark Roberts, manager of Tilly’s Tacos on Manhattan Beach Boulevard and Crenshaw Boulevard, said. “We need to come together.”

Chief Trevis is asking that people do just that and said in an email the is “asking for everyone’s help,” and if anyone sees anything suspicious they should contact police immediately.