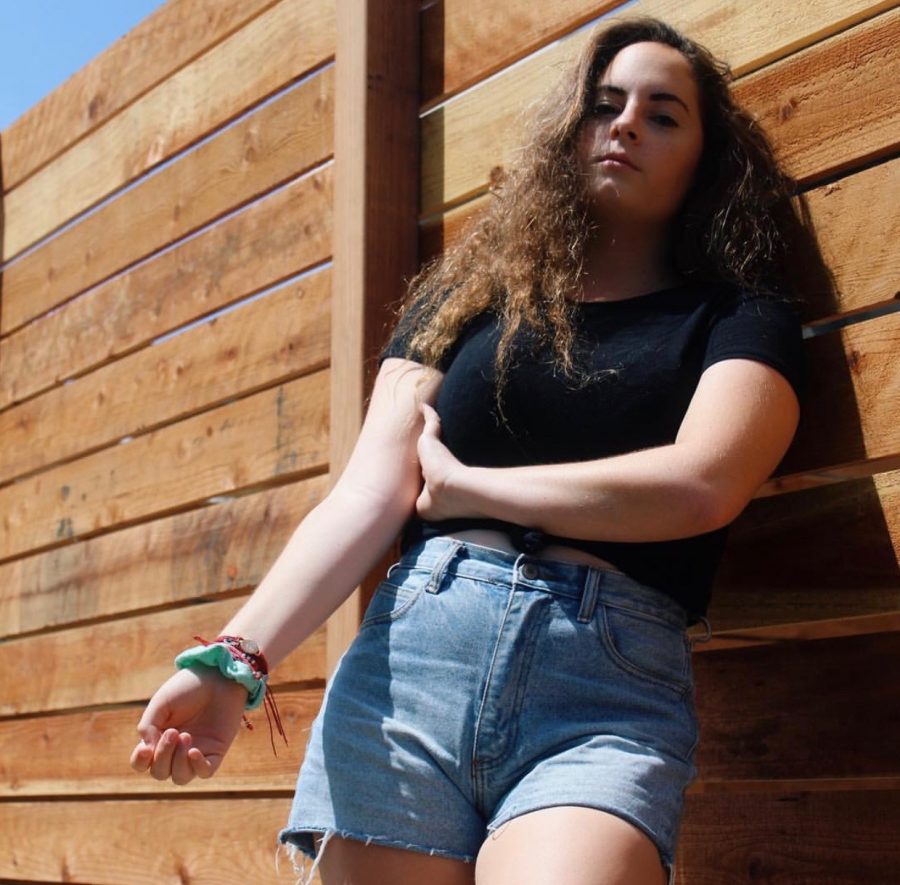 Rebecca Bloch, 19, communication studies major is a self-published author with a book titled "People Watching: For the Hurt, the Loved, and Everything in Between." Paul Rodriguez/Special to The Union

She believes everyone’s life is an adventure novel.

As you live, you’re writing your own story with every thought, action, and decision.

In your teenage years, the chapters of your life are the most vivid and poignant.

Teenagers have an innate sensory perception of the world unencumbered by the calloused socio-cultural, political, and economic lens through which older adults view the world.

Yet, society looks at teenagers and discredits their analysis of the world as being naive or uninformed, which couldn’t be further from the truth.

The provincial attitude towards the opinions of the youth is changing as they begin to show society what they are capable of and how they see the world.

This is the driving idea and motivation for artist Rebecca Bloch when creating poetry, short stories, and photographs.

“In high school, I remember having an English teacher who inspired me to look at creative writing as fun, not as a boring assignment,” Bloch said while recollecting the beginning of her creative journey.

Bloch is a 19-year-old communication studies major at El Camino who has self-published a book titled “People Watching: For the Hurt, the Loved, and Everything in Between” when she was 17 years old.

“I had no idea she was an author,” Bloch’s friend, Mario Lopez, 19, criminal justice and sociology major said.

The young artist is not one to boast about her accolades. Much like the title of her book alludes to, she enjoys observing the natural behavior of people within her surroundings and reflecting on how we are all so unique, but so similar.

“I really would like to publish my own book one day, maybe I get some advice from Rebecca on how to do that,” Peter Abina, 18, business major said.

“Sometimes my work has a social justice message, and sometimes it highlights the beauty of a given subject and their story [person]” Bloch said.

She views her life analogous to the journey of the characters in her myriad short stories. She utilizes her writing as a healing form of catharsis when she feels particularly stressed out.

“I tend to write more when I’m going through shit,” Bloch said when discussing her writing process.

Some of her portrait photos contain muted and melancholy tones, some of her photos contain vibrant green foliage, wispy hair, with inquisitive looks from the models gazing into the camera that ask, do you really see me?

“I feel like I can let loose when I’m shooting with Rebecca,” Ashley Smith, Bloch’s friend and photographer, said regarding their photoshoots.

It takes a high empathetic and socially astute person to deliver an impactful photo that tells a meaningful story.

Most Instagram feeds are nothing but vapid and borderline pornographic images that only serve the user’s self-adulation. In an Instagram feed full of risque appendages, Bloch breaks up the feed with salient stories.

Her journey has been quite successful so far as she is currently writing her life story with intentions of working in the film industry, specifically for A24 Films.

“I am an open book, I love to tell my story, and the stories of others because many of us are going through similar highs and lows,” Bloch said.