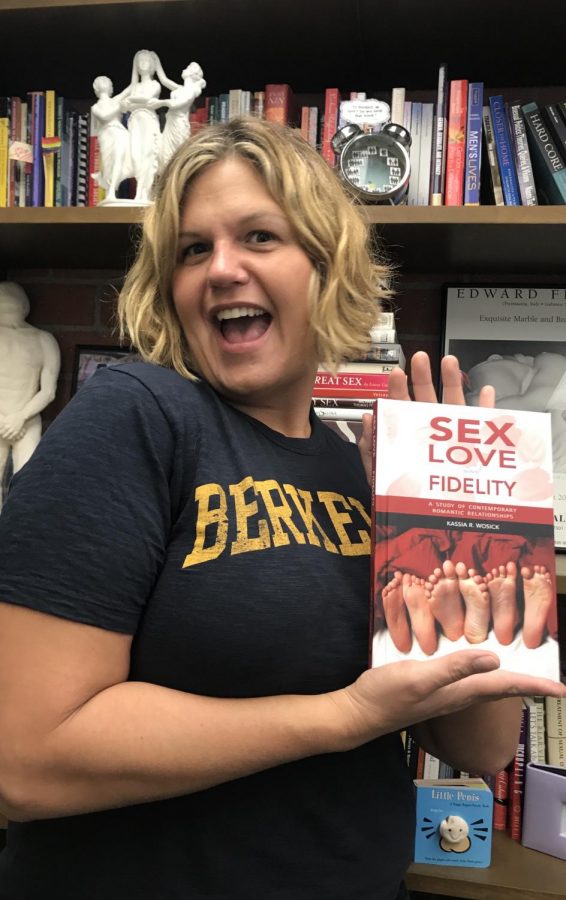 El Camino College sociology professor Kassia Wosick, 41.“Sometimes people are skeptical, but doing research has really reinforced that this is kind of what I was meant to do." Photo credit: Alexa Kinoshita

Instead of one experience, it turned into a much bigger project that involved a year’s worth of observation.

After a student confronted her with the opportunity to visit a pornography set, Kassia Wosick thought it would be a great experience to share with lectures in class.

The El Camino College sociology professor of 3 years earned her master’s and doctorate in sociology at the Univerity of California, Irvine.

While on set, she was able to observe interactions among the production and talent, hold interviews, discuss questions she had with the directors and crew, and watch the active pornographic scenes take place.

“I was able to just kind of be apart of the set,” Wosick said

Feeling welcomed, she was surprised at how much more there was to the production than she realized, especially with the level of professionalism it produced.

“The directors weren’t really directing, they were capturing,” she said.

After countless interactions with the talent, the crew, and production staff, Wosick found them to be regular people who have families, where “they go home to their wives or husbands, and their kids and take them to soccer practice or hang out and have family dinners.”

Wosick said she encountered a female talent, returning from a 2-week hiatus, was forced to quit a shoot because she had tested positive for STDs after visiting her boyfriend out of state.

“After she put two and two together, she realized that her boyfriend was cheating on her.” Wosick said. “So, it really made me think about the industry as a whole and some of these assumptions that we have.”

“In an industry that you think would be a little bit more inclusive and diverse, there were still prejudices and structural racism in terms of prioritizing people who did certain sexual behaviors over others based on race,” she added.

Wosick understands the issues that the pornography talent faces from the observations and interviews she held on the sets.

From a sociological approach, she understands that pornography makes people uncomfortable because it’s visible sex and is seen as taboo.

“But when you start to take a look at civilian sex, we still perform because we’re all an audience for each other and we’re all actors in the social world,” Wosick said.

People don’t talk about sex, sexuality, or pornography, it’s really important because that’s where they learn about sex, Wosick said.

“This is kind of one of the last missing pieces of us understanding ourselves as social beings,” she added.

This reason is why Wosick shares a glimpse of her experience with her sociology classes.

She wrote the book “Sex, Love, and Fidelity: A study of Contemporary Romantic Relationships” around the same time she was doing her research on sets.

“The two go hand-in-hand because what we’re really trying to talk about are the trends in contemporary relationships and how things like fidelity and commitment and love play out,” she said.

From her year-long fieldwork, she felt that the take-home message was to learn how to handle those nuances when gathering research, especially in that certain setting.

“Sometimes people are skeptical, but doing research has really reinforced that this is kind of what I was meant to do,” Wosick said.

Update: 3:45, Monday, Oct. 22. Grammatical error was corrected for clarity. “Novel” was changed to “book” for accuracy.