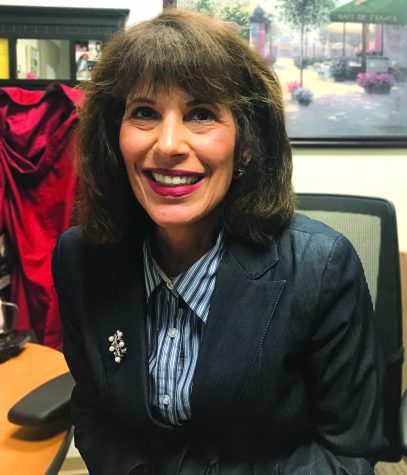 A young girl who was born to fill the void of two parents has faced obstacles that not all children endure.

English professor Barbara Jaffe said she had been working on her memoir called “When Will I Ever be Good Enough? A Replacement Child’s Journey to Healing,” for about four and a half years.

When writing her memoir she said she found it to be very emotional and described it as “powerful” because of its authenticity.

Jaffe said that her book is about what it was like to be a “replacement child” after her parents lost their 2-year-old son and to let her readers know that there’s always hope when it comes to healing.

Jaffe quoted Flannery O’Conner an American writer, “If you have survived childhood you have enough information to write a lifetime on.”

We can write about ourselves when we have a story to tell, Jaffe said.

“It helps readers understand insecurities and (helps them) rise above any difficulties or limitations (they’ve) had in (their) life,” Bachmann said. “It also goes beyond the subject of replacement children, it has a message for everybody.”

Jaffe said she finds her “wonderful” students to be her biggest source of inspiration.

“I get up everyday so excited to be with my students and to teach them,” Jaffe said. “They have such a spirit of wanting to survive and work hard.”

Aside from writing a memoir, Jaffe also had to juggle being a professor, which meant finding time to grade papers along with time to write her book.

Jaffe said it took two to four hours a night grading papers and also found it helpful for her own creativity to take 45 minutes to herself.

“Barbara is a very passionate teacher,” Elise Geraghty said in an email. “She was involved for many years with the Puente Program, which focuses on Latino student success, and she really set the standard for excellence here.”

Jaffe has been a professor at El Camino since 1991, but will be retiring this year, finishing off her 26 years.

Jaffe said that writing her book was a dream come true.

On her website it gives more information about where to purchase the book and it gives a little more insight into who she is and why she wrote her memoir.