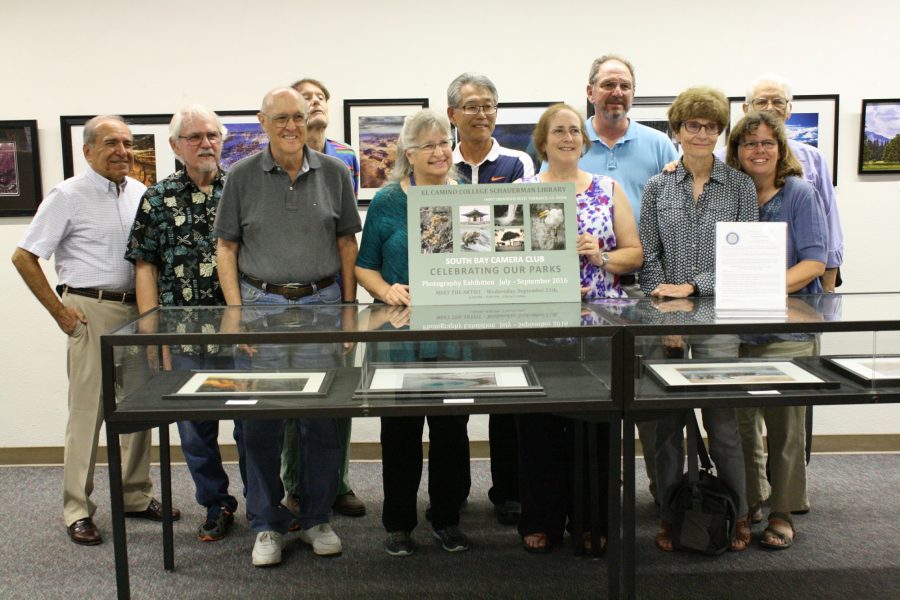 The beauty of the world’s national parks from all around the country were photographed in various images and displayed in the Schauerman Library.

The theme of the exhibit, “Celebrating Our Parks,” came about due to the national parks celebrating its 100-year anniversary, Linda Detwiler Burner, president of the South Bay Camera Club, said.

Each photographer has captured these national parks in ways such as the animals in their natural habitat, people capturing the moments of those animals and the nature itself.

Along with the images, there’s information from the photographer about what camera was being used and what settings were used to capture that image, giving viewers an opportunity to see how that image was taken and so they can give it a try themselves.

A “Meet the Artist” event took place in the Library for people to hear and view the images. This event consisted of students, artists, faculty and family members supporting the work of the members.

“I really like the incredible color of the sky with the impressive mountain range in the back,” Brittany Barden, an EC student, said while describing the work of Don Sandersfeld.

The photograph is of a blue sky, white clouds, mountains peaking out in the back and a small house placed in an open land.

Sandersfeld, who’s been a member of the SBCC for 9-years said, “It was nice going to the same area and coming back and seeing the different images taken.”

There were many images that were taken in the same place, but each photographer was able to capture it in a different aspect.

“I like that they all have their own voice and different interpretations,” Kevin Stringfield, an EC photography student, said.

As the “Meet” event came to an end, Burner gathered all of the members of the club and attendees for a small speech. She expressed her appreciation for the photographers and the faculty she worked with to put this all together.

Those mentioned in the speech were Darilyn Rowan, an EC photography professor and close friend, as well as Mary McMillan, one of the librarians.

“It’s a great way to get students interested,” McMillan said. “Showing diversity of the world and the educational experience.”